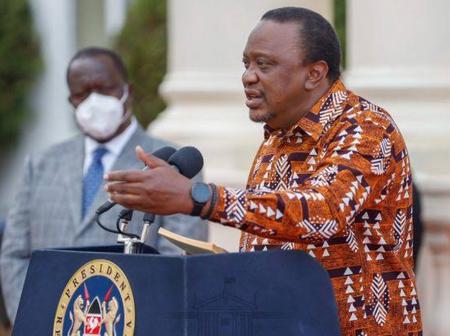 President Uhuru Kenyatta courtesy Facebook United States of America US based law scholar professor Makau Mutua has sent an urgent message to section of first world countries and organizations about Kenya. Professor Mutua was making this remarks after president Uhuru Kenyatta during an interview with local radio station revealed that over 2 billion shillings was being stolen daily by his rivals. This revelation has drawn criticism for the head of state with many trolling his past remarks that he was in full control 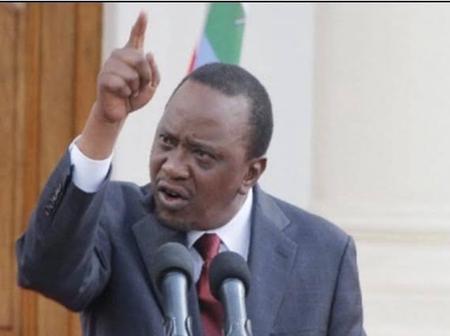 Has President Uhuru Kenyatta began taking charge? See what happened to his critics

Uhuru Kenyatta. When angry President Uhuru Kenyatta lashed out that he was still in full control of the government, some people took it for a joke. He told the nation while at the burial ceremony of Musalia Mudavadi's mother that people should not confuse a rained on lion to a cat. Still some people like former Nairobi Governor Mike Mbuvi Sonko did not listen. Now they are feeling the heat. They are facing his wrath and they may end up serving as examples to the whole nation. Senate majority whip Irungu Kang'ata's 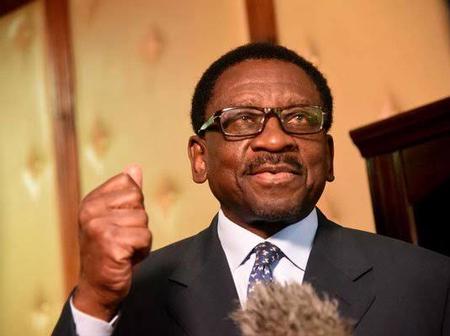 The fight for top job is not a dream anymore it real and the players are becoming many. Political tension and temperaturesvcannot he hidden anymore as most of the politicians are exposing there weaknesses making political blunders that could cost them ahead of 2022. Jubilee administration under the leadership of president Uhuru Kenyatta and deputy president William Ruto failed terribly. Corruption doubled across the country with many Kenyans loosing jobs. DP Ruto was among the people who were supposed to watch 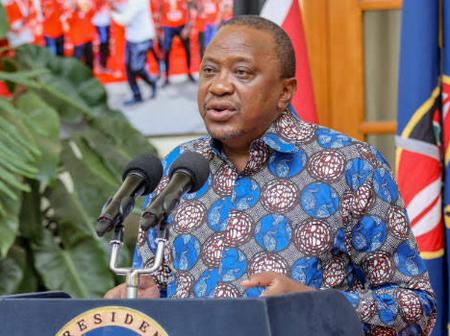 This group of legislators from Mt. Kenya deliver powerful message that could anger president Uhuru

Mt. Kenya politics are getting sour from bed of roses to horror movies. Few days after Irungu Kangata and Isaac Mwaura ditched president Uhuru Kenyatta they left him this bad news by telling him that BBI has failed terribly. Irungu Kangata letter was the fast wise move he made then followed his official decamping. Section of Mt. Kenya MCAs ha e come out and made it boldly that they are going to support Hustler for 2022 as there president. According to the video posted by Nation Africa, Group of MCAs made it 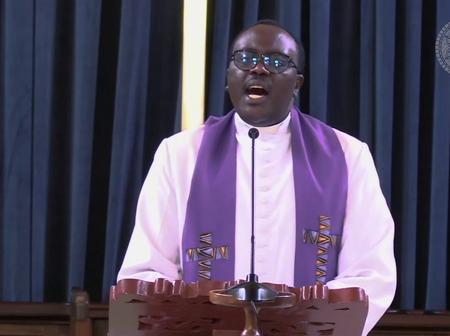 Reverend Cannon Sammy Wainaina of All Saints Cathedral in Nairobi has today torn into shreds the belief by many that the Building Bridges Initiative has solutions to all of Kenyans problems. Taking a direct swipe at President Uhuru Kenyatta the man of cloth said that the people who are looting two billion shillings daily from our economy are known to our security agencies. He derided the energy and focus expended on the BBI process to the detriment of more pressing issues such as sourcing a vaccine for the Covid-19 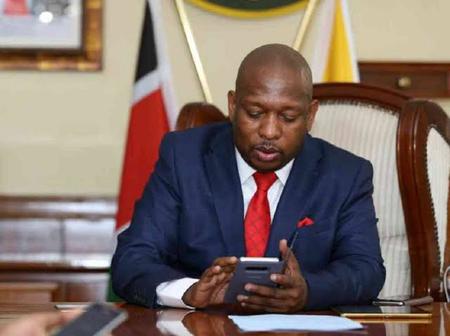 The impeached Nairobi Governor, Mike Mbuvi Sonko has today responded to Uhuru Kenyatta after his impeachment. Former Nairobi Governor Mike Sonko (Courtesy) Sonko was responding to what Uhuru said during a local venacular station interview when the president revealed that he removed Sonko from the seat. President Uhuru (Courtesy) This seemed to have angered Sonko who is now an ordinary citizen. Sonko while addressing residents of Dagoreti South today, said they he has forgiven Uhuru for what he did to him. “Mlisikia 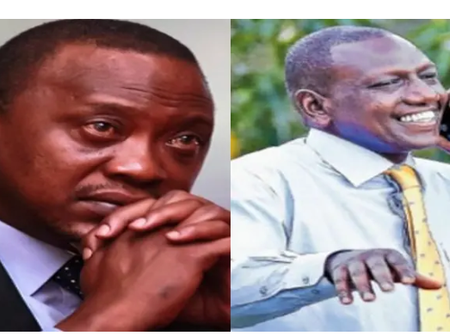 Handshake And BBI Takes A Different Tune Of Fallout 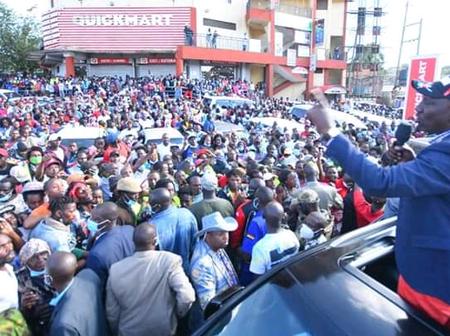 Deputy President Dr. William Ruto has called on opposition leader Raila Odinga to consult directly with President Uhuru Kenyatta over his claims that the Jubilee government has failed to deliver on its promises to Kenyans. DP addressing people in Dagority  Ruto, who was speaking in the Dagoretti area, said it was unfortunate for Odinga to criticize President Kenyatta through political rallies along the road and that he was deeply involved in disrupting the Jubilee administration's development plans through 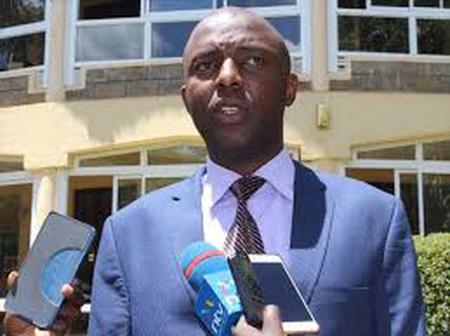 Due to a letter to president Uhuru Kenyatta, senate majority Irungu who is Muranga senator he says that on his side he is still on trouble. In the letter that he wrote that was on 30th December, Irungu was warning president Uhuru Kenyatta about BBI agenda to be rejected on entire state including his major strong hold Mt Kenya and this will be great embarrassments to Kenyan president. After writing letter it followed attacks from  Uhuru Kenyatta and those friends near him. This attacks as been decreasing since 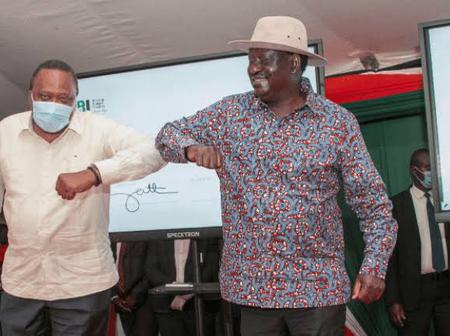 President Uhuru Kenyatta and Hon. Raila Odinga have been working closely since 2017 and they made Kenyans to forget what transpired in 2017 general elections after Outgoing Chief Justice David Maraga nullified DP Ruto's win and President Uhuru Kenyatta. Hon. Raila Odinga had brought the who country into panic after directing civil disobedience and self swearing in as People's president. BBI report has been suffering from failure since the Msambweni by-election win that made Tangatanga nation loud that BBI report 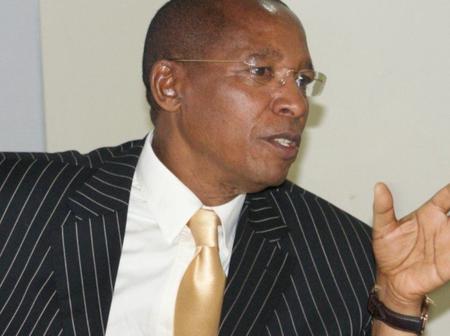 A former Kenyan politician and lawyer, his name being Mutula kilonzo, was born on 2 July, 1948. Mutula, once served served as the cabinet Minister for Education in Kenya. Photo of the late, Mutula kilonzo He was the Kenyan minister for education, until April 2013, when President Uhuru Kenyatta, was sworn in to office. Mutula was on record, for having controversially pushed for school girls, not to be forced to wear "nun-like" skirts. Mutula kilonzo won the Makueni senatorial seat in the year 2013, after defeating 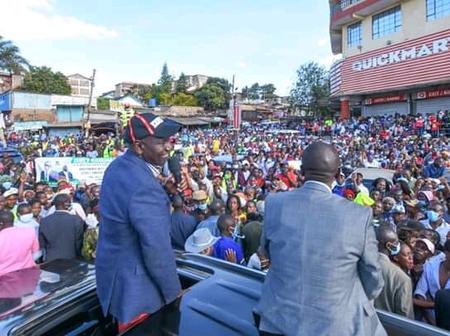 The race to succeed President Uhuru Kenyatta is on a high note as leaders form coallisions with each other to see a possible win. The deputy president William Ruto has since parted ways with Jubilee party and formed United Democratic Alliance UDA party with a section of leaders behind his back. Ruto at a church service in Dagoretti. The leaders have been spreading the hustler narrative which equates them to the normal suffering of the common mwanainchi. The DP allied Mps have rubbishes claims of a rotational 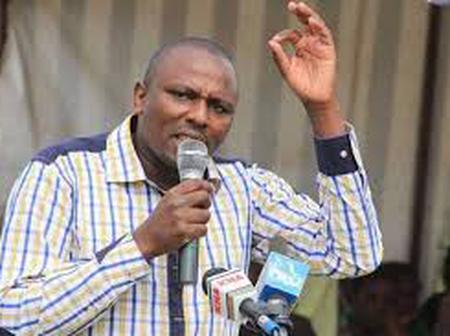 The Kikuyu legislator today was among a group of leaders allied to the deputy president that had joined christians in a church service in Dagoretti constituency. After their church activities, the leaders addressed groups of suporters whereby politics took the centre stage. Ichung'wa in his address to the crowd, he attacked the ODM party leader whom he said was the source of their problems in Jubilee. He noted that the former prime minister when he was welcomed in the government, he opted to cause confusion 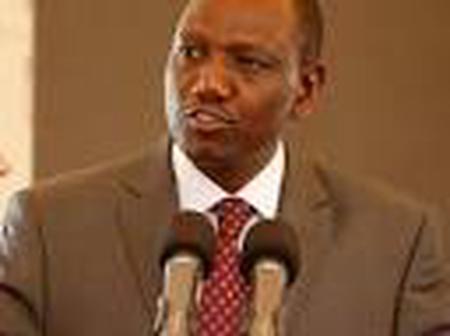 Raila Odinga most recently attacked Dr. William Ruto over unfulfilled Jubilee manifestos.Odinga said that he lied to Kenyans on election promises that were never delivered. Raila cited the laptops program and a pledge to construct the modern stadiums a promise contained in the Jubilee manifesto.After attending a church at the Consolata Shrines at Westlands constituency, the deputy president crisscrossed over the constituency for a series of roadside rallies responding to criticism by Odm leader Raila Odinga 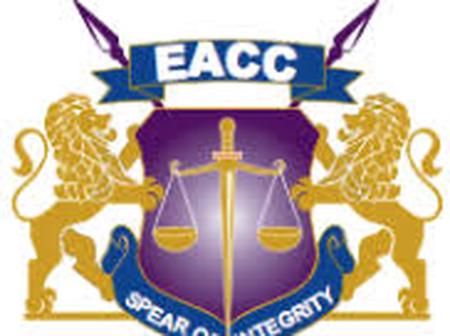 IEthics and Anti Corruption Commission (EACC) logo. EACC is a Kenyan body mandated to investigate corruption and anti ethics practices. It is an independent state body. Of late we have seen it being used to threaten and intimidated those who don't support the 'system' which is believed to compromise of people who support the handshake between Rt. Hon. Raila Odinga and President Uhuru Kenyatta. This fight is mainly directed to Mt. Kenya leaders who support the Deputy President. It started with Mathira M.P Rigathi 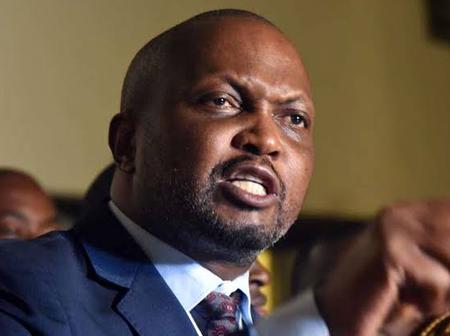 The Hustler Nation Narrative used by the Deputy President's allies in their campaign ahead of 2022 general elections have attracted the attention of senior politicians who have come to agree that the narrative have taken deeper roots than it seemed to show in its beginning. While many leaders including the President, Uhuru Kenyatta, have expressed their worries on the narrative, Moses Kuria now have cleared the air on its meaning. Speaking on his official Facebook page, Moses Kuria came to clean the allegations 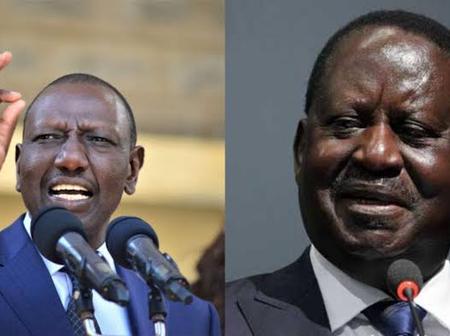 " Don't attack the President in public, just face him"- Ruto to Raila

Deputy President William Ruto and Raila Odinga in past function Hon. Raila Odinga and President Uhuru Kenyatta came together in March 2018 after the election that divided the Country into two sections. Kenyans were divided depending on their political positions. This was a threat to the unity of the Country. After the handshake, political temperature reduced. Opposition started working with the government for a common purpose. The unity between Uhuru Kenyatta and Raila Odinga has been there for three years now. 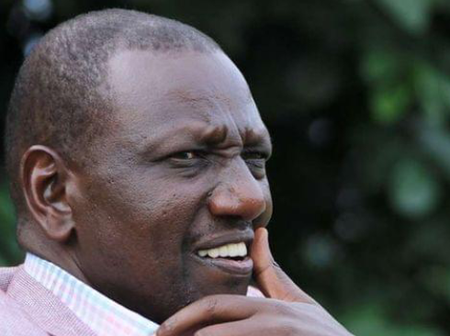 The race ti succeed President Uhuru Kenyatta come 2022 has continued to raise various debates from different individuals across the country, with different leaders continueing to show interest in the presidency. (Photo, Courtesy) One of those eyeing the presidency, Deputy President William Ruto has been roasted by Kenyans after his attempt to reveal details about the conversation being spearheaded by Hustler Nation, of the wheelbarrow conversation, backfired badly. "The wheelbarrow conversation is about the 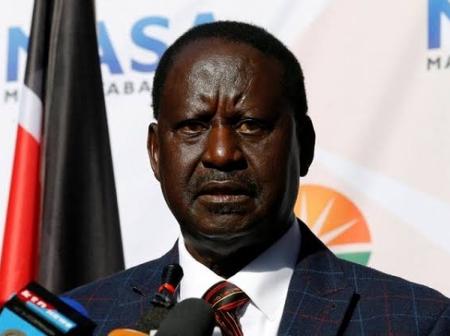 Raila Odinga photo /file ODM party Boss Raila Odinga has been challenged to immediately stop calling Kenyans takataka when hustlers nation movement gives them wheelbarrows. According to Elgeyo Marakwet Senator Kipchumba Murkomen who addressed the public at Dagoretti said Raila should show respect to Kenyans since nobody is above the law or above others  He also said since Raila Odinga joined president Uhuru Kenyatta through the handshake nothing that has been done by jubilee government in terms of development. 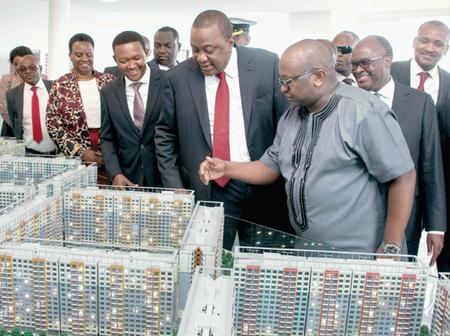 Will He Be The King Of Legacies? President Uhuru Kenyatta's Development Projects Since 2013 (PHOTOS)

President Uhuru Kenyatta is currently serving his final term in office and he is remaining with about eighteen months to his retirement. He has been in office for 8 years after winning his the 2013 and 2017 general elections. There's already a big debate among Kenyans of what Mr Kenyatta has done so far which he will be remembered for in years to come. His leadership has been faced with several challenges since his first term which are at greater extent affected his development plans. One of the most dangerous