Lost African Tribe: 7 Things You Didn’t Know About The Sidi Of India

By Georgeokinyipinto (self media writer) | 1 year ago 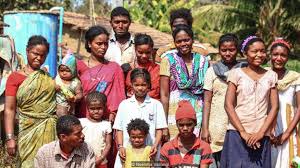 While people of African origin have been recognized and have played a key role in the development of their countries in North and Latin America, this has not been the case in Asia. The culture of the Sidi, an Afro-Asian group, spread across India, Pakistan and Sri Lanka is fast disappearing.

The Siddi people are Africans of Bantu descent, taken away from East Africa to India and Pakistan by Arab and Portuguese slave traders in the 16 century. Thousands of others went as mercenaries and merchants. th

Pakistan is home to the largest community of African descendants, who number around 50,000. Many of these of them live in abject poverty without access to education or employment. In Pakistan they are known as Sheedi.

In Gujarat and Karnataka where most Sidis live, music remains the enduring link to Africa. In 2003, Karnataka State included Sidis on the list of ‘Scheduled tribes’ a status which helps them access reserved quotas of government jobs, quotas in schools, bursaries and subsidized housing. 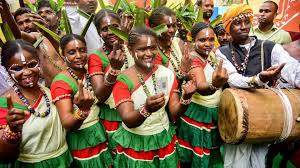 The Sidi people consider themselves as part of the Indian Ocean diaspora. Despite being Indian for centuries, they constantly face racial discrimination where their identities are not fully understood. The community has established the African Diaspora in Asia, a society of African-Indian descendants and international scholars in their search for identity.

Although they have lost much of their culture due to assimilation, they have retained their very distinct African music. They play the goma, an African drum which is a feature of African music across the continent.

They dress in the same way as other locals and speak local languages. Men work as drivers, mechanics or security guards while women work as domestic help. Their food consists mainly of rice, dal and pickles. But unlike the other Afro- Americans across the Atlantic the Sidi have a long way to go and need affirmative action to preserve their culture

Content created and supplied by: Georgeokinyipinto (via Opera News )

It Was Clout Chasing, Harmonize Reveals That he Hasn't Broke up With his Mzungu Lover Briana.