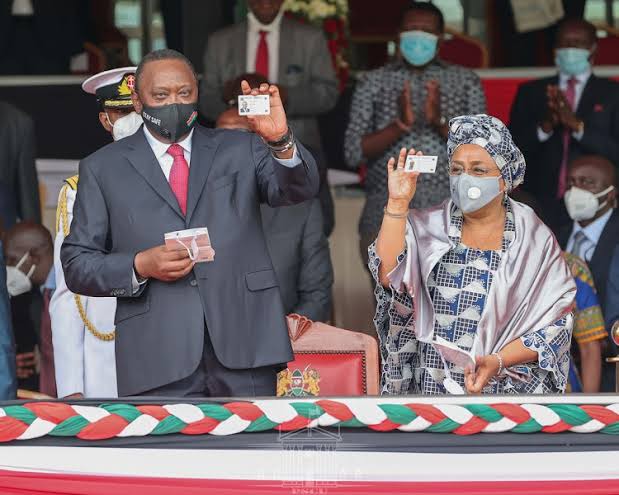 The issuance of Huduma Namba cards has taken a new twist. Kenyans have been waiting eagerly for the cards but it has been revealed that there are so many factors that have hindered the process. Some of the factors that have left the whole issuance process of Huduma Namba cards in limbo including defaulted mobile loans as well as a change in government's distribution policy.

Details have emerged that millions of Kenyans have been left shocked fter they received messages directing them to travel for very long distances to go pick their Huduma Namba cards.

During the Huduma Namba registration, each person filled the place he or she would like to go pick their Huduma Namba cards. However, that criteria wasn't followed and the cards are now being sent to the location outlined in the National Identity card.

Despite the government having promised to initiate mass distribution of the Huduma Namba cards in February, only a selected few have received their cards. In addition to this majority of those who have received their text messages complain that they were unable to understand the messages.

Embakasi Senior Assistant County Commissioner Peter Yego spoke to the Nation expressing disbelief that majority of Kenyans in his area are not willing to go and pick their cards. He added that the government will take an initiative to send text messages for a second time so that everyone can be aware that their cards are ready for collection and where to collect them. Majority of Kenyans who received the messages complained the messages did not indicate the exact location where to pick the cards. 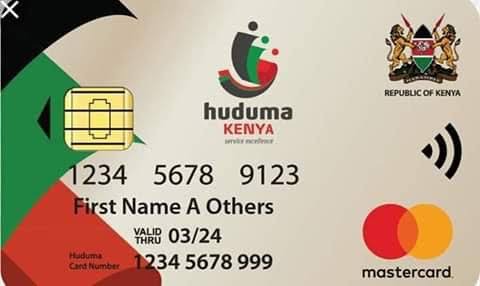 Elsewhere in Nairobi County, the Deputy County Commissioner at Starehe Flora Mworoa told Nation that it is only 43,000 cards that have been collected out of 286,000 cards. Flora Mworoa said that so many cards are lying in the office while Kenyans are still reluctant to go collect them.

In Nakuru West, the Deputy County Commissioner Mike Esimum is now urging the residents of the area to rush to the offices and pick their cards. Elsewhere in Kiambu County, John Njuguna, the Registrar of Persons also pleaded with Kiambu residents to take initiative of visit the registration offices as indicated in their National ID Cards to collect their Huduma Namba cards.

It has also been revealed that only 10% of Kenyans have collected their Huduma Namba cards.

Following this new revelation, it is clear that each Kenyan has to go to the location indicated in their National ID in order to get their Huduma Namba cards. 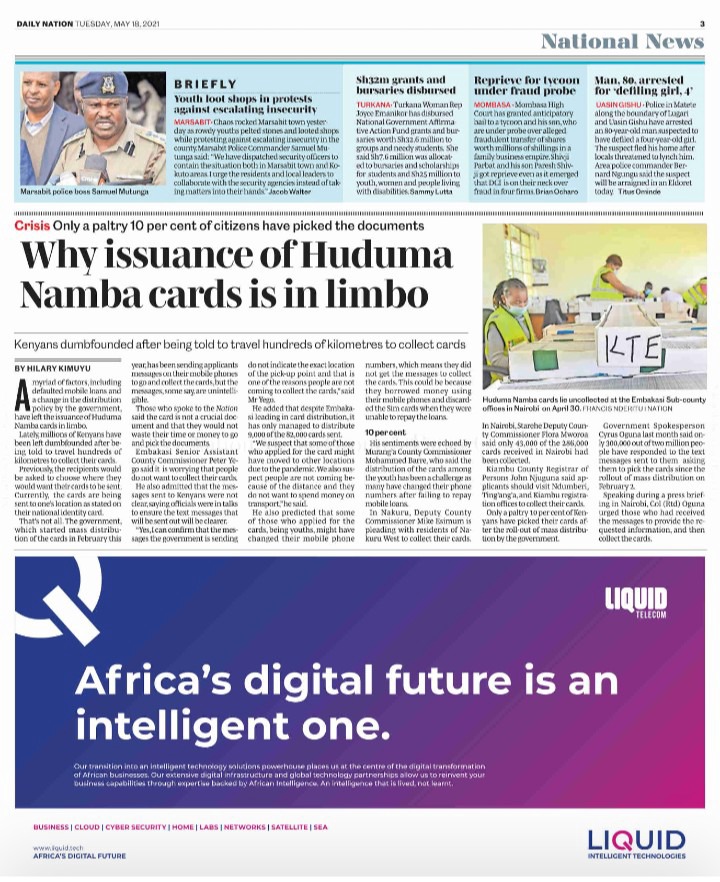