The Most Isolated Village In the Word With Only Seven Big Thatched Houses.

By Simonroosevelt (self media writer) | 2 months ago

The Traditional Village of Wae Rebo on the Island of Flores

The traditional village of Wae Rebo in the district of Manggarai on the island of Flores, East Nusatenggara, has received the Top Award of Excellence from UNESCO in the 2012 UNESCO Asia Pacific Heritage Awards, announced in Bangkok on 27 August 2012.

This small and isolated village was recognized for its rebuilding of the traditional Mbaru Niang traditional house based on the spirit of community cooperation towards a sustainable tradition, while at the same time improving its village welfare.Visiting Wae Rebo is permitted but it is difficult to really foundation the village and get in to the mountains,it only needs 2 days and one night trip with a guide to reach the mountains. 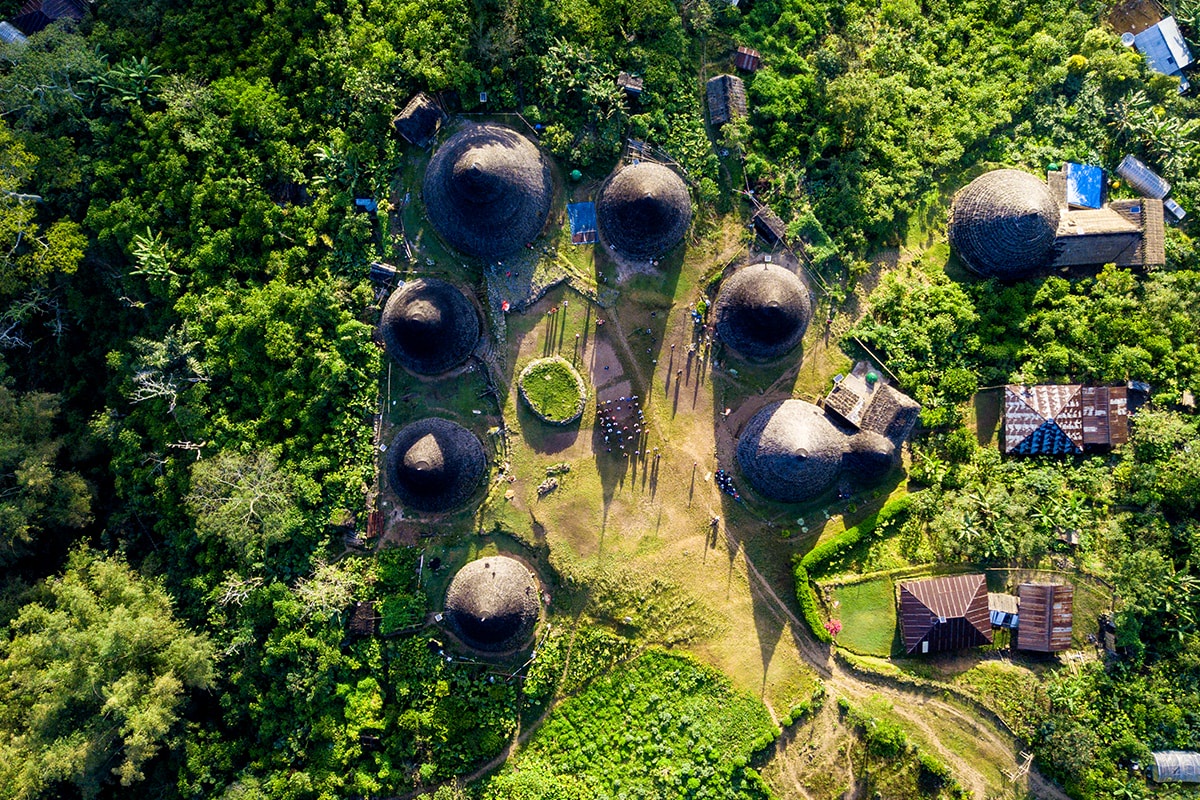 Wae Rebo is a small, very out of the way village. Situated on around 1,100 meters above sea level and approximately 3 - 4 hour travel by foot from Denge Village. Wae Rebo is completely surrounded by panoramic mountains and the dense Todo forest. This tropical forest is rich in vegetation, where you will find orchids, different types of ferns and hear the chirping of many songbirds. There is also no mobile coverage in this village, and the electricity is only available from 6 to 10 pm. The air is relatively cold, especially in the dry season, so don’t forget to bring your jacket if you’re planning to visit the village.

Founder of the village and, therefore, their main ancestor who built the village some 100 years ago, was a man called Empu Maro. Today, the inhabitants are his 18th generation descendants. 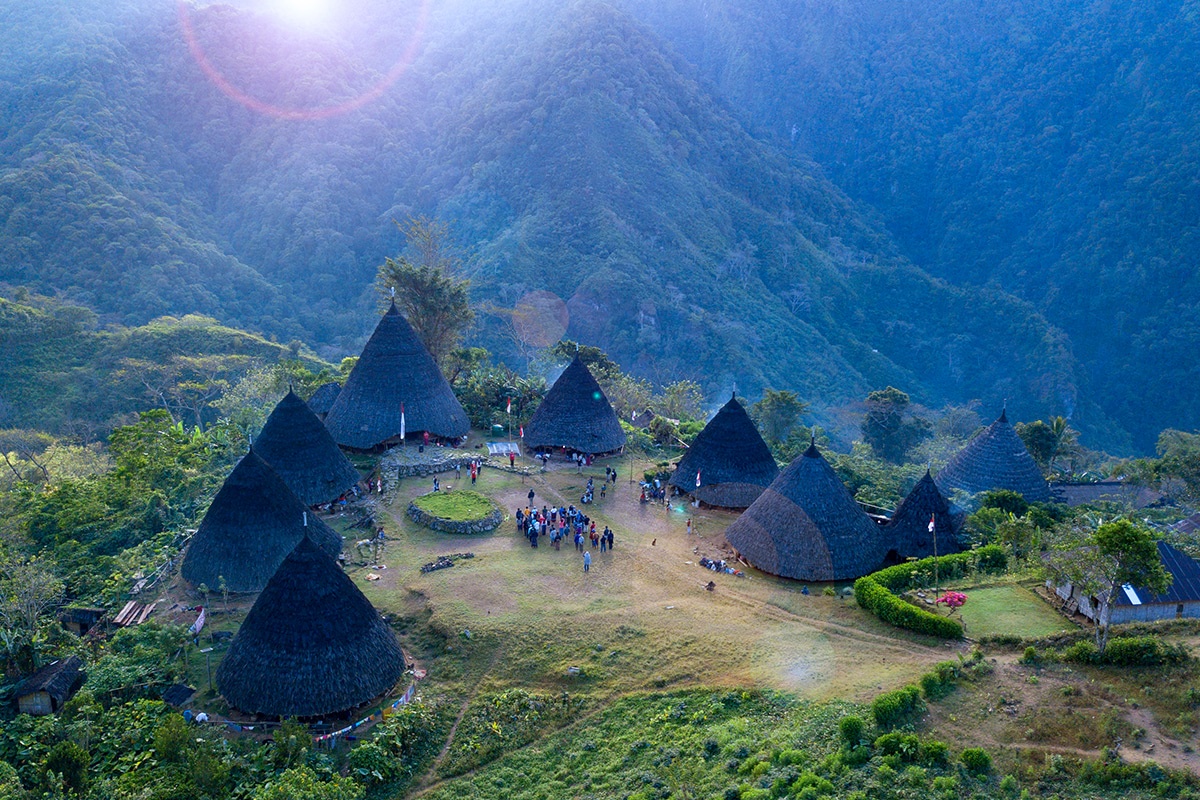 Wae Rebo’s main characteristics are their unique houses, which they call Mbaru Niang that are tall and conical in shape and are completely covered in lontar thatch from its rooftop down to the ground. It appears that at one time such kind of houses were quite common to the region. But today, it is only this village that continues to maintain the typical Manggarai traditional house, without which these unique houses would have been completely fazed out.

The house has five levels, each level designated for a specific purpose. The first level , called lutur or tent, are the living quarters of the extended family. The second level, called lobo, or attic, is set aside to store food and goods, the third level called lentar is to store seeds for the next harvest, the fourth level called lempa rae is reserved for food stocks in case of draught, and the fifth and top level, called hekang kode, which is held most sacred, is to place offerings for the ancestors.

One special ceremonial house is the community building where members of the entire clan gather for ceremonies and rituals. They are predominantly Catholic but still adhere to old beliefs. In this house are stored the sacred heirloom of drums and gongs. 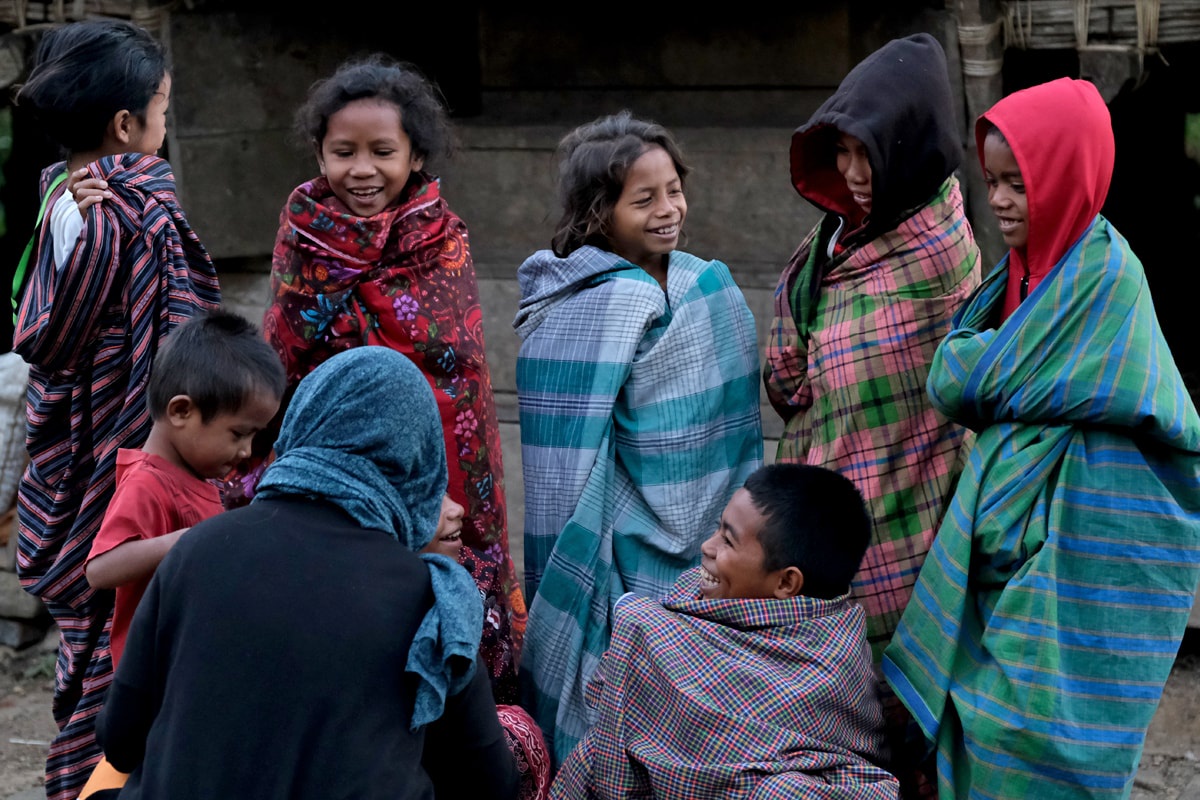 With a small population of around 1,200 inhabitants only, the village comprises 7 houses. The staple diet of villagers is cassava and maize, but around the village they plant coffee, vanilla, and cinnamon which they sell in the market, located some 15 km. away from the village. Lately, however, Wae Rebo has grown in popularity as a tourist destination for international ecotourism enthusiasts, and this has added to the economic welfare of the village. The people of Wae Rebo warmly welcome visitors who wish to see their village and experience their simple traditional life.

Why Your Safaricom Internet Bundles Drain so Fast

17 Qualities To Check in Guy before Marrying him