Five interesting places to visit in the world

By BibahBM (self meida writer) | 1 months

The world is endowed with beautiful, fascinating places to visit. Because of the size of the earth itself, it is not easy for the places to be known and accessible to everyone.

Because of the abundance of these fascinating sites, it is not an easy task to classify and list them. But at least I give you a list of five of the most fascinating places in the world and to visit them is to set a unique history in the way they are.

This area is very unique in the world, made up of stones with a unique structure. The people who lived there in those years used the stones to make settlements under them. Some of the rock formations form small caves that can be inhabited by relatively few people. 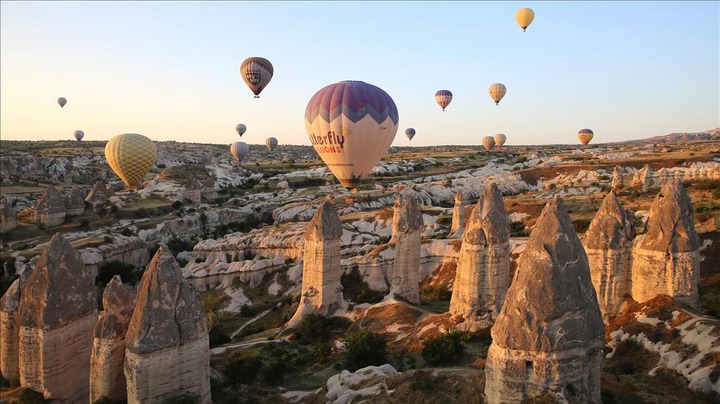 There are stone structures in the form of Churches, houses and hotels and it is a popular area surrounded by hot air balloons. Balloons of different colours make the place more beautiful and attractive.

The way Cappadocia is, you might think it was moved with its stones from another planet and brought there. It is a historical site located in Central Anatolia, in the states of Nevşehir, Kayseri, Aksaray, Kırşehir, Malatya, Sivas and Niğde in Turkey and in the months of July and August, tourists come from all corners of the globe to visit this beautiful place.

Whitehaven beach is a stunning seven kilometre[7 km] beach on the island of Whitsunday, Australia. To reach the island you use boats, water jets or helicopters from nearby beaches of Airlie Beach, the port of Shute or the nearby island of Hamilton. 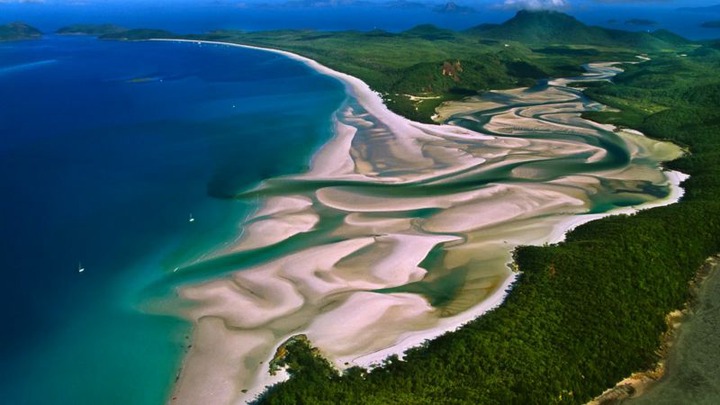 It is said to be one of the most photographed beaches in the world. Almost all the networks and photo sites in terms of beach photos have collected photos from this beach.

The beach is made up of 98 percent silica sand, which is said to have been brought ashore more than a million years ago. The uniqueness of this beach is that no matter how hot the sun shines, its sand does not get hot, it does not burn and makes you able to walk comfortably or lay on the sand without any doubt and enjoy the views of water and blue clouds along the water.

Along with that beauty and also its sand used for cleaning precious gems, its sand can damage electronic objects such as phones and cameras. If you are there beware of putting your phone on the sand, anything can happen.

You may have seen many swimming pools, both natural and artificial which you will find in people's homes or big hotels. But the Fairy Pools in Scotland are unique pools formed by a river that flows into a rocky area with an amazing structure. 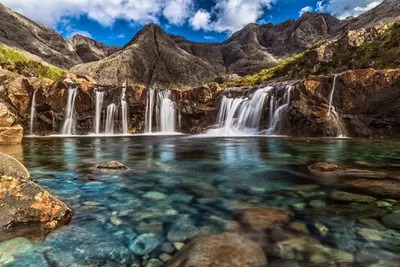 The canals that flow from the Cuillin Mountains into the Brittle River by flowing into rocks and forming water falls and pools that are visually impressive. Those who are able to swim in cold and wild waters, then this area is very suitable for them.

This area of ​​the fairy pools near the village of Carbost is about 2.4 kilometers long and it takes you up to 40 minutes to visit it on foot especially to the area where the main pool is and back. It is a widely used area for adventure and photography.

This Grand Canyon park alone is visited by 5 million people a year. 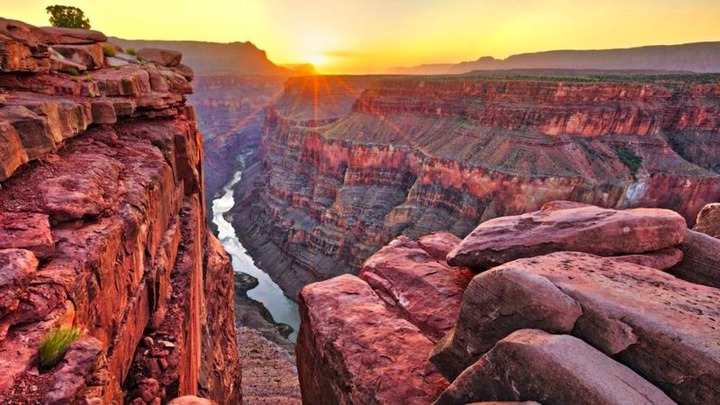 This is to show you that it is a very interesting and attractive place. It is said to be one of the most amazing places in the world. You can be prepared to be surprised when you get there but instead of being surprised you will be even more amazed.

It is a unique place made up of mysterious stones, as if they were man made but they are natural and have been discovered over the years.

The South Rim side is very popular with people who go to this park because there is everything with the necessary basic infrastructure, although few use the North where it is at a height of 1,000 feet, an area that is more attractive. There are those who climb the cliffs through the Colorado River although it is a difficult and dangerous route.

Huacachina is a small village in southwestern Peru. It is located in the middle of the desert surrounded by a large area of ​​sand but is built on a small area that is fertile and can grow plants. 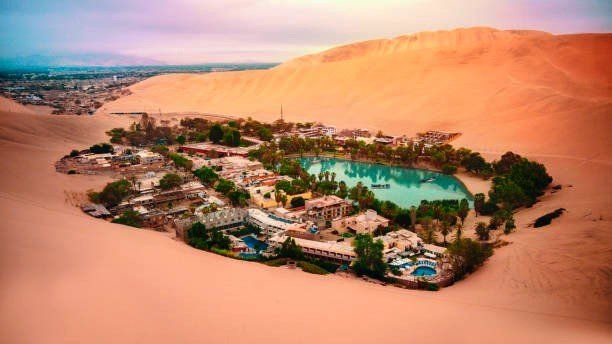 It is a small village surrounded by a small island and they call it Huacachina in the sense of a hidden lagoon, about 5 km from the city of Ica, in the State of Ica.

The lake was native and began to disappear gradually in the late 2000s. Now in order to protect it, in 2015 the locals were forced to refill the water in the lake and it was announced that the scientist Marino Morikawa from Peru would come up with an ambitious plan to protect the reserve and vegetation of Huacachina.

Huacachina village has a population of only 100 permanent residents although it annually receives thousands of tourists from inside and outside Peru.

If you are in Huacachina, you will love to see attractive sand hills and these sands attract various sports. There are luxury hotels and palm trees. For those who have gone to the Arab world, the impression is that you are in the Middle East.

Stop Partitioning Your House With Bricks And Use This Best And Effective Material (Photos).

"Baba Climbing Mt. Kenya" Raila Set To Begin His Two-Day Tour Of Region As Kenyans React To His Move

Kiambu County: Woman's House Burned To Ashes After Being Accused Of Killing Her Husband