Police officers have arrested a female suspect who is reported to have been found with Cocaine worth Ksh. 1.7 Billion. 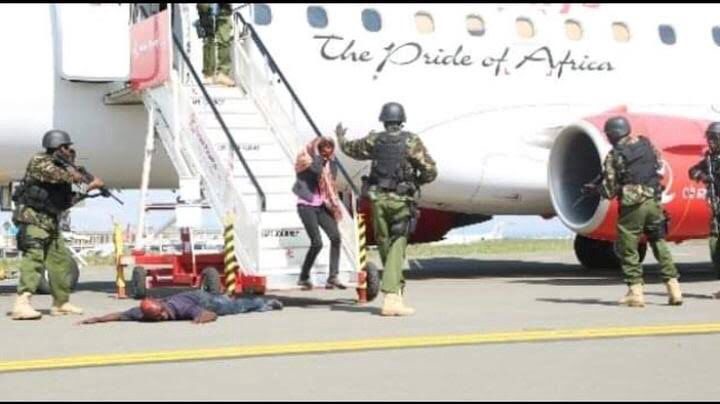 In a news report that has been shared by a reliable source of information, it has been revealed that the suspect whose name is yet to be disclosed was allegedly arrested at the Airport in Ethiopia after she allegedly managed to get through the security team of the Jommo Kenyatta International Airport.

According to the reports given by the Police, it has been revealed that the suspect was Busted by police officers who noticed suspicious activities in the woman's suit case.

While reacting to this incident, kenyans who took to their different social media accounts to express their opinions on the matter have called upon the inspector General of police along with the director of criminal investigations to conduct an investigation in order to find out how she went through the Jommo Kenyatta International Airport security team.

According to the reports given by most Kenyans, they claimed that it is so unfortunate that the government is yet to do something about the increasing number of drug peddlers in the country despite the fact that their numbers keep on rising on a daily basis.

This is happening at the same time when the government through the Ministry of Health has called upon kenyans to make sure they stay vigilant due to the increasing drug problems in the country. 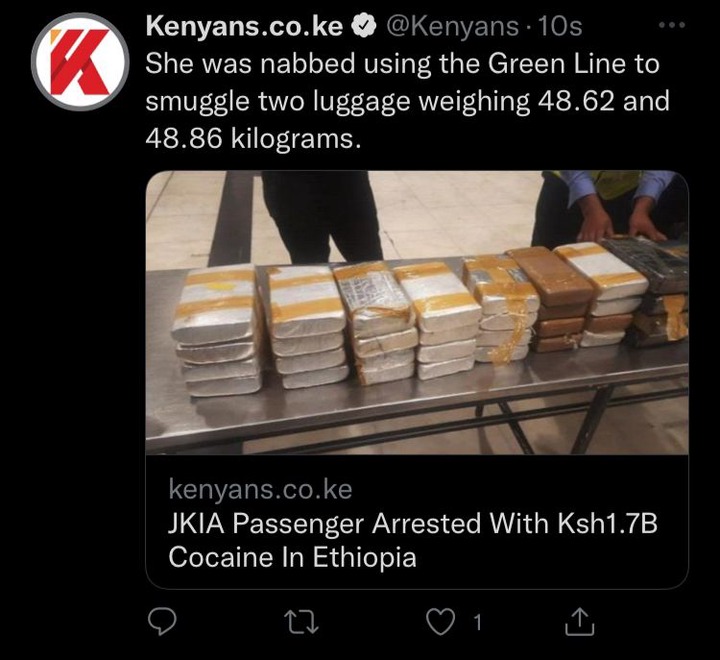