By Thetrend (self media writer) | 2 months ago 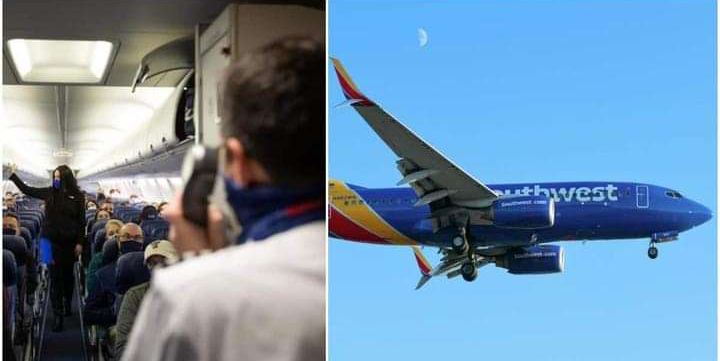 The woman explained that Jesus had told her to take the flight and open the door while in the sky. The Southwest airlines was flying from Houston to Ohio before the incident happened. The plane attendants and the other passanger had to restrain the woman from opening the exit door. 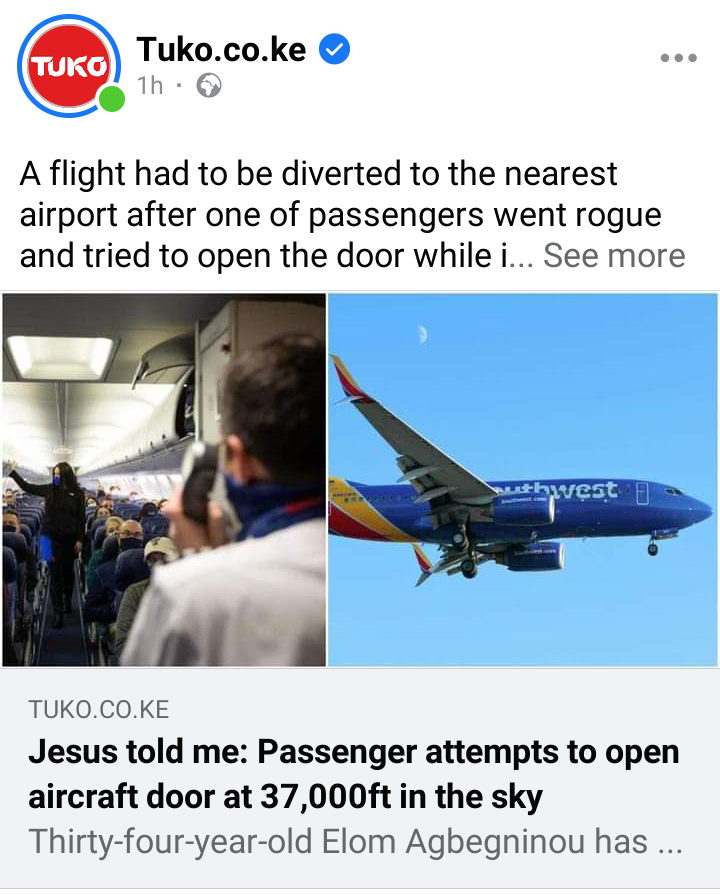 The pilots diverted the plane to a little rock Arkansas after the woman became unruly on board. After landing at Arkansas the woman was forcibly removed from the plane by authorities.

The eyewitness in the plane said before the incident had requested flight attendants to look out the window by the jump seat. She claimed that she could barely breathe in the plane and that is when she started opening the exit.