The exiled Miguna Miguna has taken another major decision by vowing not to fill the return forms as directed by the kenyan government. As reported on Tuko news, Miguna claims that he had not lost kenyan citizenship for him to regain it. 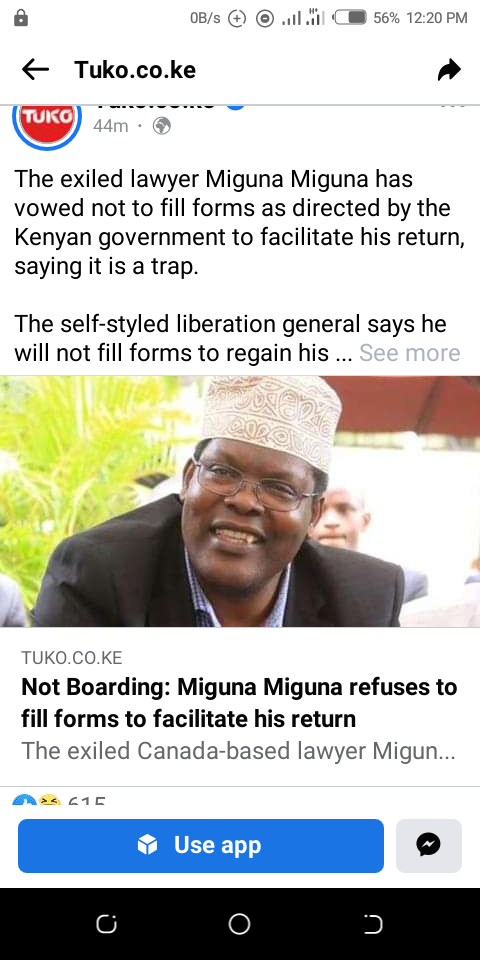 The government ordered Kenyan empassy based in Ottawa through the major Solicitor Kennedy Ogeto and Berlin to issue Miguna travel forms only after he complied to the requisite form.

Miguna declined claiming that he cannot fall into the traps of the Kenyan government steered by Fred Matiang'i. He further added that greed, cowardice, greed and stupidity are the only factors that can lure someone into the traps. Firmly poses that he remains unshaken whatever the situation.

However, on November 22, the High Court Judge Hedwig had directed the Kenyan embassy based in Berlin to issue Miguna travel documents unconditionally. This was an indication that Miguna could only travel with his national identity card. After which he would apply for his passport on arrival in Kenya and issued within seven days as directed by the Judge.

Content created and supplied by: Rashan43 (via Opera News )

Many People Use "CC" When Talking About Cars, Here Is What It Means