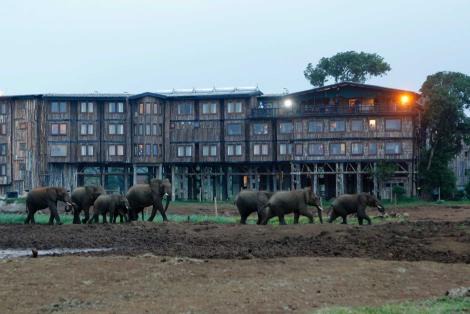 The Kenyan safari lodge where Princess Elizabeth was throned to become Queen of England has been forced to shut down its doors after nearly 90 years of welcoming royalty.

Kenya's oldest safari lodge, Treetops, is a treehouse on the edge of the watering hole in Aberdare National Park where Elizabeth famously went up as a Princess and came down a Queen in a historic event.

The crowning moment at the Treetops made the hotel famous attracting international attention. But all that fame and virality is now going down the drain.

The property was rebuilt after being burnt down by guerillas a few years later, but when the Queen and Prince Philip stayed, their accommodation was a comfortable three-bedroom shack, with a small servant quarter, built in the upper branches of a giant fig tree in 1952.

While the Princess was certainly at Treetops on the night her father, George VI, died on February 6, 1952, she was not told until the following afternoon, by which time she had returned to a fishing lodge called Sagana, 20 miles away, that she had been given as a wedding present.

It was there, beside a trout stream in the foothills of Mount Kenya, that Prince Philip broke the news to her. 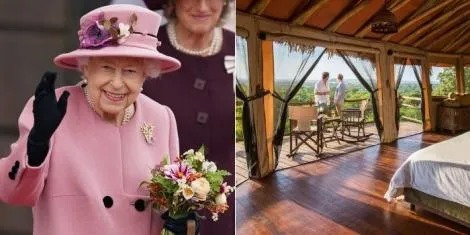 Treetops, which has not had a visitor in a year, was also used by British colonial soldiers as the base for their snipers, but it was burnt down by Mau Mau guerrillas in 1954.

The prominence of the hotel even made movie producers recreate it in South Africa and featured in one of the most-watched documentaries released.

But the effect of the pandemic has forced it to shut down. The lodge was one of the many other casualties of the ravaging effects of the pandemic. Its revenue had fallen by 90 per cent due to travel restrictions, according to the Kenya Wildlife Service.

However, it has been shut down becoming one of three historical hotels in Nyeri to close due to the effects of the pandemic.

The sister lodge, the iconic Outspan Hotel, which has been a centerpiece for the residents of Nyeri town was recently closed and put up for sale within the range of Ksh550 million.

"The hotel, which is owned by Aberdare Safari Hotels (ASH), therefore, a transfer of property title or shares is optional subject to negotiations."

The Outspan consists of a hotel with ancillary buildings set on 20 acres of a garden that borders the Chania River, giving customers an excellent view of Mount Kenya. 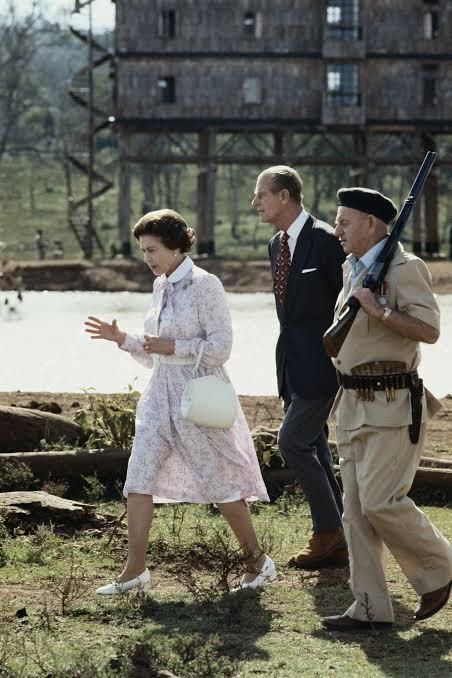 The hotel is situated on a 120-acre property in Nyeri town. Originally built in 1927, the hotel is hailed for maintaining its colonial architecture design.

But with the history and beauty, the two iconic hotels are just closing down and going to waste.