Cities In The World To Add To Your Bucket List.

By Mill.iedavids (self media writer) | 1 year ago

You are a traveller or an adventurer and you are prolly wondering which places to visit. Here are some of the cities to one should visit at least once in a lifetime:

The coastal Kenya has prominent beaches which include Malindi, Diani beach, Watamu and Lamu. These beaches has a beautiful scenery which involve mangrove forests, coral atolls, lagoons, creeks and the white sands. 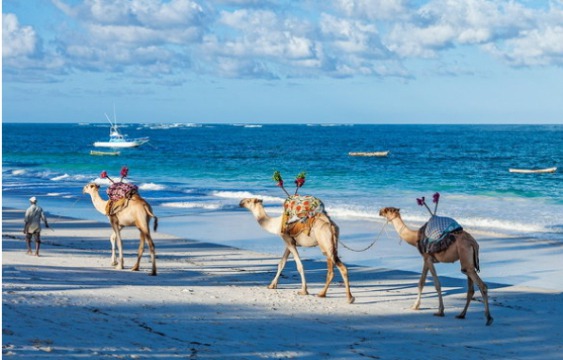 Vienna 200 is the world's oldest and the only baroque 200. The Wiener Riesenrad is the oldest and still operating ferris wheel and is located in the Wurstelprater amusement park.

Milan cathedral is the third largest catholic church in Europe. The Pirelli tower is the first skyscraper built in Italy. Galleria Vittorio Emanuele II is the oldest shopping mall in Italy and is still in activity.

Icebarcelona is the world's first ice bar located on El Somorrostro beach. Barcelona has the largest football stadium in Europe: Camp Nou. It has around 68 parks and 55 museums. It has more than 20 michelin-starred restaurants.

Vatican city is enclaved within the city of Rome. Colosseum of Rome is one of the seven wonders of the world. St Peter's basilica inside Vatican city is the largest church ever constructed.

The tower of London houses six ravens. London has the smallest statue :The statue of two tiny mice eating cheese

The Eiffel tower is located in Paris. The oldest bridge in Paris is the Pont Neuf. The famous love-locks bridge no longer exists. The locks were removed. There is a statue of liberty in Paris

Content created and supplied by: Mill.iedavids (via Opera News )

Recipe On How To Prepare Sweet Mashed Potatoes For Breakfast