By Munyiriksnews (self media writer) | 1 month ago 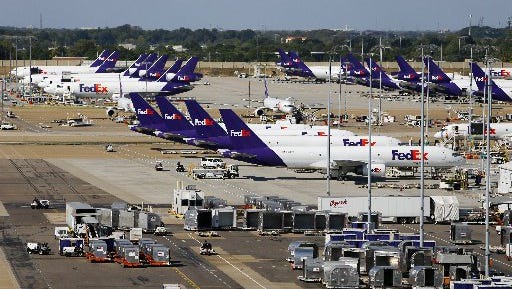 There are 4 occupants on this plane. Two pilots and two flight engineers. One of the engineers, 42-year old Auburn Calloway, is however not among the plane’s designated crew members. He is hitching a ride. 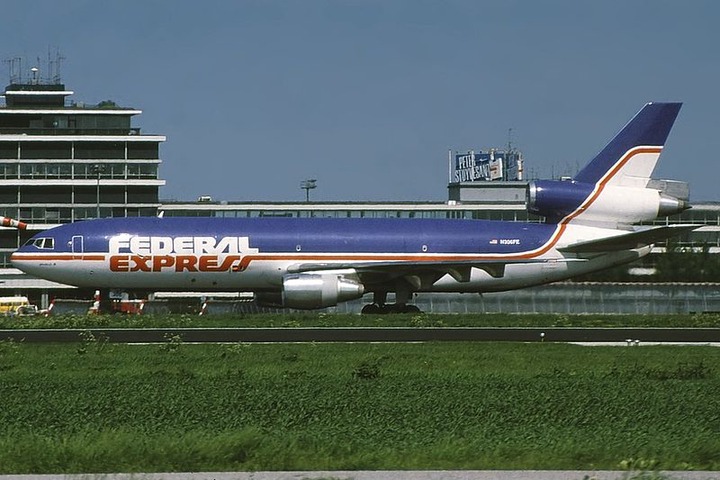 Captain David G Sanders is in charge of this aircraft. First Officer James Tucker is alongside the captain in the cockpit. The flight engineer on duty is Andrew H Peterson. Unbeknownst to the crew on this plane, the events of the next thirty minutes will forever change their lives. Auburn Calloway has a nefarious motive. 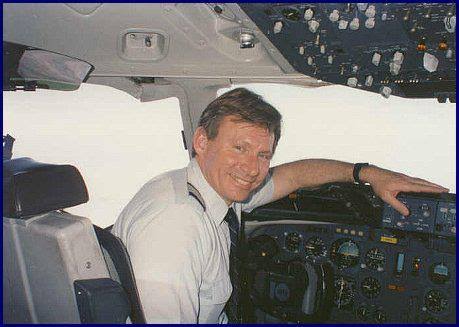 The first sign of trouble appears when Andrew Peterson makes a disturbing discovery, while completing the preflight checklist. The switch to the cockpit voice recorder has been turned off. He however assumes it to be a system malfunction.

The DC-10 takes to the skies. Former navy pilot, James Tucker, is at the controls. He climbs to 39000 feet before levelling off. The ether is clear. It is a perfect day for flying.

Auburn Calloway is seated in the gulley, right behind the cockpit. He has with him a small guitar box. No one on this flight knows Calloway. All they know is that he is a FedEx employee. Company policy allows employees to travel for free on company flights. 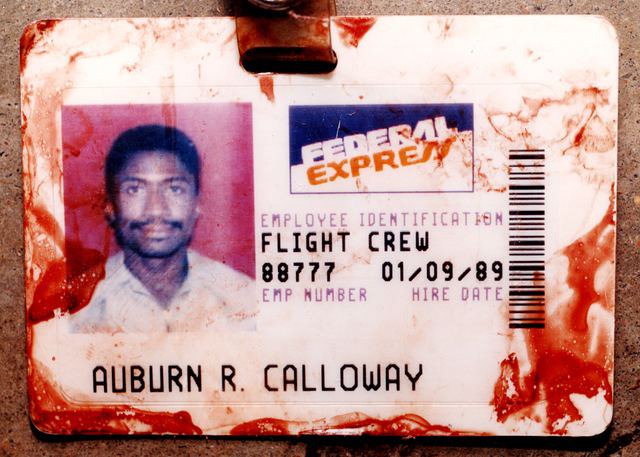 Less than ten minutes into the flight, Calloway stands from his seat. He storms into the flight deck armed with a small hammer. He swings the hammer hard and hits Andrew Peterson on the head, decapacitating him momentarily. Peterson is seated closest to the cockpit door. He then heads on to the co-pilot’s seat. The thunderstruck first officer has not yet come to terms with what he has just witnessed. This does not however stop Calloway from banging his head with the same hammer. The impact of the blow is so hard to the extent that Tucker partially loses consciousness. Captain Sanders is forced to swing into action. He unfastens his safety belt and takes on the villain in the flight deck. The assailant is however armed and prepared. He puts up a good fight. 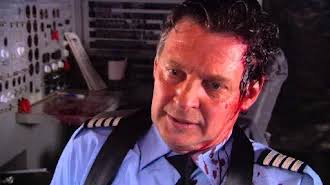 As the kerfuffle ensues, James Tucker regains some level of consciousness. The head injury has however paralysed his sense of touch. He however struggles, while writhing in pain, to get a grip on the controls. His life and that of his two colleagues now depends entirely on him. Peterson is still on his seat, struggling to remain conscious. Captain Sanders is engaged in a fist fight with the armed assailant.

Tucker decides to use the only weapon in his possession, the aircraft, to try and help his colleagues pin down the psyched up villain. He suddenly pulls the nose up to a 15 degrees climb. This pushes Calloway and Captain Sanders to the gulley. He is now safe in the flight deck. This line of action however does very little to try and tilt the scales to Captain Sanders’ favour.

The fight in the gulley is now raging. Flight Engineer Andrew Peterson, who like James Tucker, is bleeding profusely trudges into the gulley to offer some assistance to his Captain. The captain has now been hit several times by Calloway’s set of ‘tools.’ Calloway had stashed three hammers and a spear gun in a guitar case to avoid detection.

First Officer James Tucker makes yet another manouvre to try and throw Calloway into disarray. He makes a sudden 140 degrees turn to the left, throwing Calloway onto the aircraft’s ceiling. The plane is now flying upside-down. He then carefully levels off. 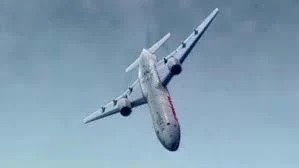 Captain Sanders and his injured compatriot finally manage to pin Calloway down. They however pay a price with their own blood that is now all over the gulley. Calloway has also been injured in the melee. He has however not yet given up. Captain Sanders and Flight Engineer Andrew Peterson are forced to hold on to him tightly. The captain then requests Tucker to switch on the auto pilot and join Peterson in the gulley, to allow him take over the flying. Tucker struggles out of his seat and gingerly walks into the gulley.

The captain contacts the air traffic controllers in Memphis and apprises them of the impending situation. The controller approves his request to return back to the airport in Memphis. In the gulley, Peterson and Tucker are having a hard time pinning down the injured villain.

Against all odds, Captain Sanders manages to land on the tarmac at Memphis International Airport. The police lay in wait as the doors of the plane are opened. Calloway is arrested. The crew are relieved for the first time in the last thirty minutes.

Peterson is admitted to hospital in critical condition. At the time of landing, he barely had a pulse on him. Even in his bad shape, he had managed to put up a good fight against Calloway. First Officer Tucker is also admitted in the hospital with serious injuries. Captain Sanders can barely walk. 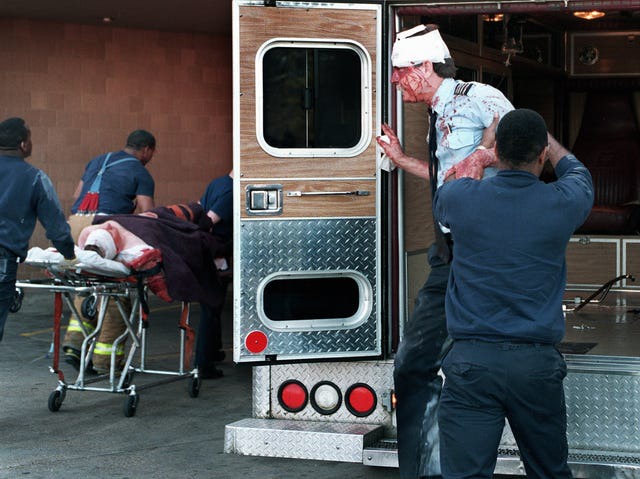 Investigations into the incident reveal the motive behind the attack. In a well crafted plan, Calloway had intended on bringing down the aircraft as revenge for his stalled promotion at work. He had also been divorced by his wife and was concerned of his children’s welfare. He had a life insurance worth two and a half million Us dollars. He intended on making the plane crash look like an accident, so that his wife and children may cash in on the insurance money. This would have secured a bright future for his kids.

By turning off the cockpit voice recorder, he was sure that no one would have ever learnt of the events that would have preceded the crash. His choice of weapons was also a calculated strategy. Had he gone for a gun or a bomb, there would have been traces of evidence that would have compromised his plan of making the crash look like an ordinary accident.

Auburn Calloway was in 1995 found guilty of attempted murder and sentenced to life in prison. The pilots aboard flight 705 were never able to fly again. They developed medical conditions that denied them the requisite clearance for returning to work. 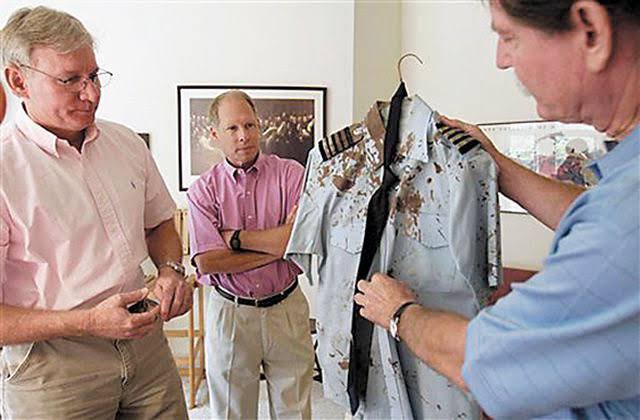