By Kelvic (self media writer) | 1 month ago

Manga Hills in kisii County covers about 100 acres of land is a favourite travel destination with a fresh breath of cultural significance to the Abagusii people. Tourists love manga Ridge and escarpments for their breath taking view of the surrounding. The pieces of stories about Manga Hills rarely place the much deserved value on its cultural and religious values. For this reason the full story of how Emanga Ridge became a scared site has remained untold until now: 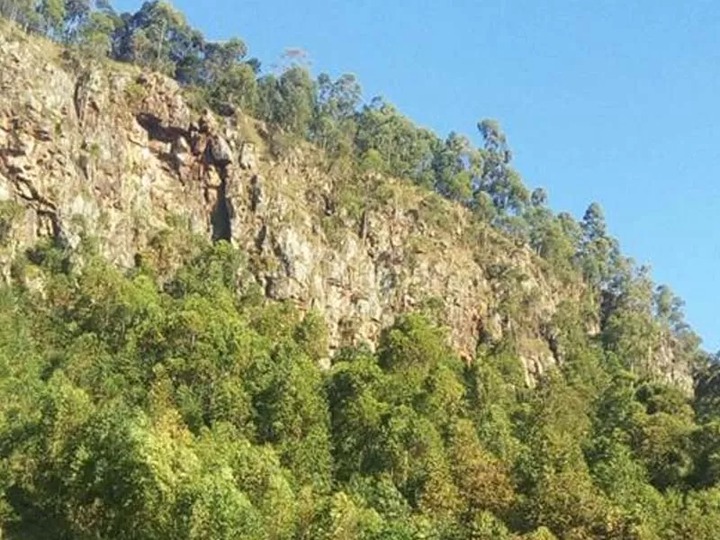 At around 18th century, old Ngurumuaga caves at Manga Hills welcomed omogusii who had fled Kabianga in Kericho county. Omogusii moved from Kabianga because of wet and cold climate which had failed his favourite crops such as finger millet, sorghum and pumpkins.

Likewise, frequent attacks from from the hostile Kipsigis neighbors forced omogusii to move further south to the present day Manga Hills and later nearby highlands.

The Hilly ground promised a safe haven with fertile soils and fair grounds of seeing an approaching enemy.

2. Manga Hills is a boundary between Kisii County and Nyamira County.

Google map directions indicates Nyamira to the top of the Cliff and Kisii to the lower end of the beautifully flowing slopes. Bordering at the hillsides are Kitutu Masaba constituency of Nyamira County and Kitutu Chacha constituency of Kisii County. Emanga Ridge is therefore a natural boundary between kisii and Nyamira counties both in the western part of Kenya.

A trip to Manga Hills is a rewarding with a distant but calming view of Lake Victoria. The sparkling blue waters are distinctly visible about 60 km to the shoreline at Homabay. 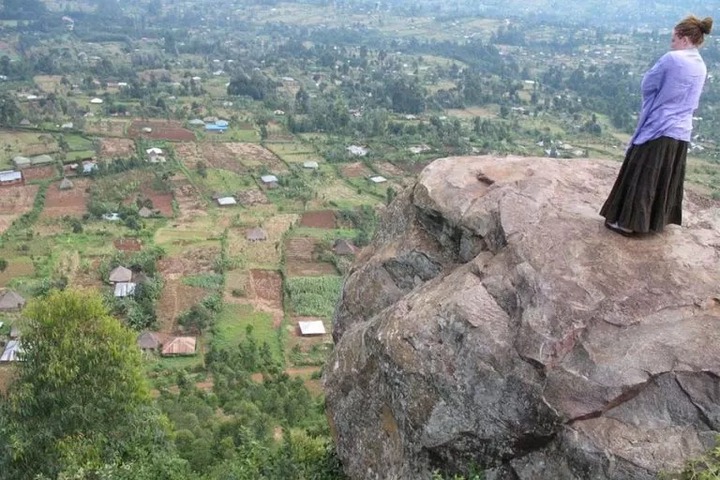 At the top of Manga Hills; photo courtesy

4. A hot bed of gusii culture and traditions.

There are kisii traditional songs such as 'Obori bwa baba ekeande'. Well these were all sang in honour of the populous Emanga Ridge. Also the song's pick up lyrical line, "Ekebwe' ngiakura manga inse" shares a hint of the long held cultural heritage.

Men would also camp at the hill with a local brew 'amarua' to thank the gods for a plentiful harvest.

5. Manga Hills is a centre of wars and leadership.

Emanga Ridge is the ground on which British colonial masters appointed the first kisii chief. Even before that, locals used it as a destination for determining bride price and solving family disputes. Above all Manga remains an historical sites where Kisii Warriors defeated armed Kipsigis cattle raiders from Sotik.

Crowd Walks Away, Leaves Mudavadi On Stage In The Middle Of His Speech In Weta, Ruto Presence

Who Pulls More Crowds? Comparison Between Mudavadi's Crowd At Ruto Alliance And That Of Him At OKA