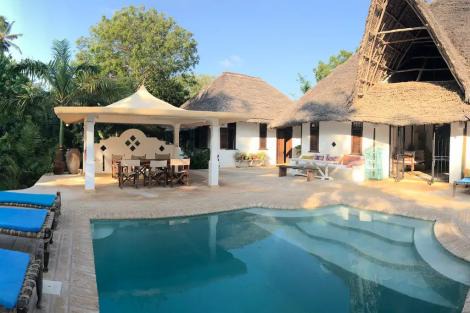 Global vacation rental company, AirBnB, has banned its guests from hosting parties in houses listed on its platform.

In a statement dated Tuesday, June 28, the company stated that the decision was arrived at following the implementation of a temporary party ban that had been put in place in August 2020.

AirBnB stated that the move was aimed at protecting the property owners and other travellers renting houses on the platform.

The company cited health concerns such as the ongoing pandemic and cases of insecurity reported by some hosts.

"We focus on trying to deter the very rare cases of hosts who do not operate responsibly, or guests who try to throw unauthorized parties. To that end, in August 2020 we announced a temporary ban on all parties and events in listings globally which at the time was in effect until further notice.

The temporary ban was imposed on the platform following the increasing concerns over the growing number of parties among travellers who rented the homes following the government's restrictions during the global pandemic.

AirBnB noted that most of its users would often rent houses to host parties as most governments closed down entertainment joints.

Further, the company warned that hosts who will contravene the regulations will be banned from the platform.

However, hosts have been given a reprieve after the company decided to lift the 16 people listing ban for some of the house listings.

"The temporary party ban policy announced in 2020 included a 16-person occupancy cap which was prompted primarily by Covid-19 concerns around large gatherings before the introduction of vaccines.

"As part of the updated policy and based on feedback from several hosts who have listings that can house above 16 people comfortably, we will remove this cap."