If you have ever resided in any town within or outside Kenya, you might have seen towers. They are tall buildings that most people wonder how they came into existence. Among these buildings I happened to know are located in Nairobi. They include; Britam Tower, UAP Tower, Times Tower, Prism Tower and the famous Pinnacle Tower to be completed ahead of 2022.

What about the world? This is the list of worlds tallest skyscrapers: 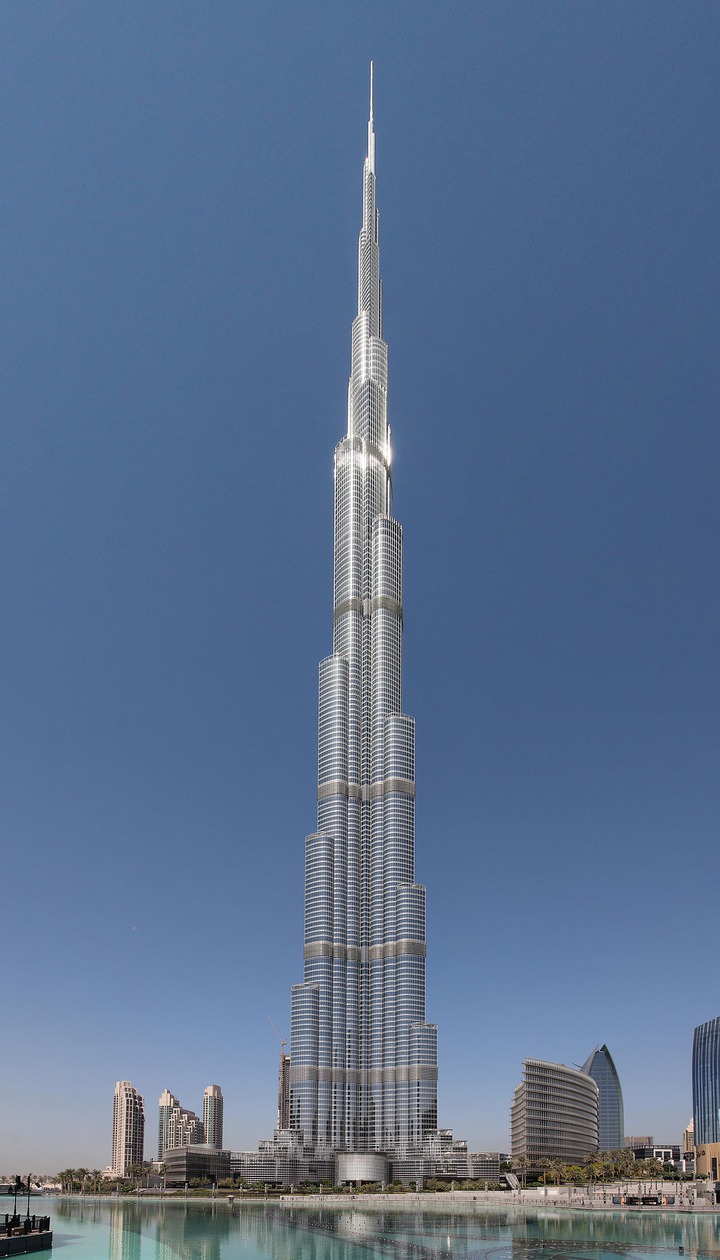 Located in Downtown Dubai in the United Arab Emirates (UAE) Burj Khalifa, formerly known as Burj Dubai, has been the tallest building in Dubai and the world since it topped out in 2009.

The 828-metre building exceeded the height of its Taiwanese predecessor – Taipei 101 – by 319 metres, which was officially classified as tallest building in the world from 2004 to 2009.

Besides being Dubai tallest building, Burj Khalifa is the tallest free-standing structure in the world. It is also the building with the highest number of stories at 163 floors. 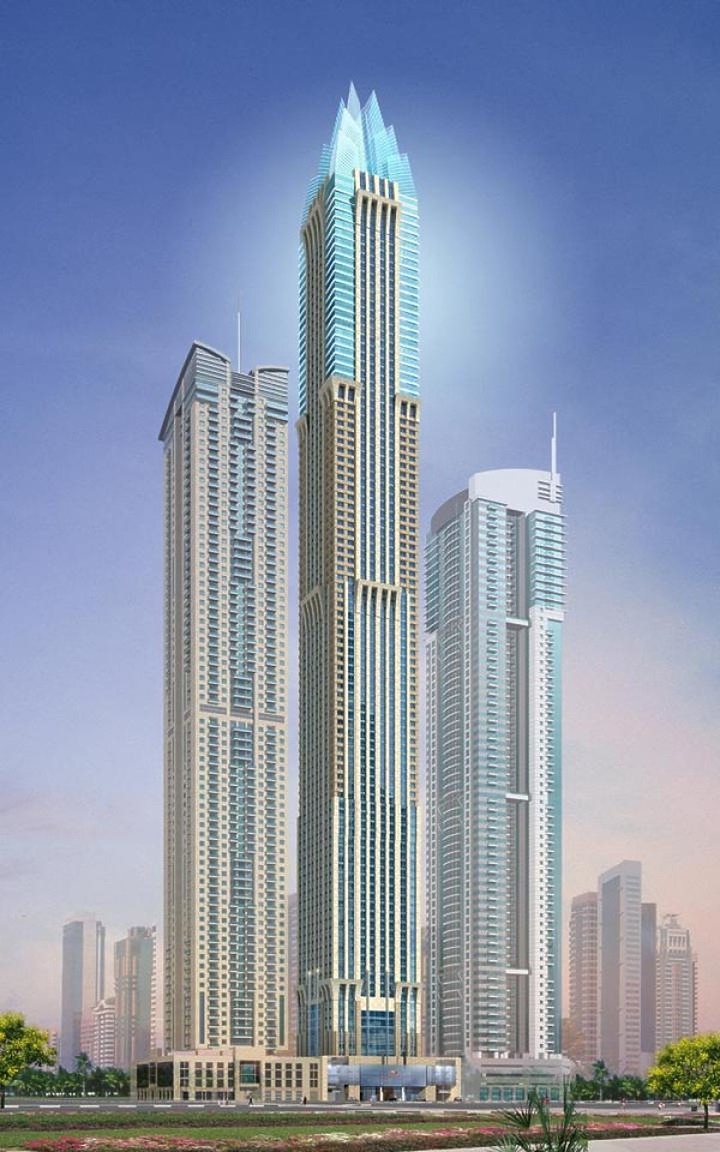 Nestled in the waterfront community of Dubai Marina, the 425-metre Marina 101 Tower is the second tallest building in Dubai. The building, which was completed in 2016, has 101 floors.

Marina 101 Tower is also one of the tallest residential skyscrapers in the world. It has a range of aesthetics effects – adding abundant visual elements so as to perforate and diffuse the exteriors of the building.

Despite its completion in 2017, Marina 101 Tower is yet to be fully concluded (as of July 2021) after its original developer Sheffield Holdings Limited – ran out of funds. 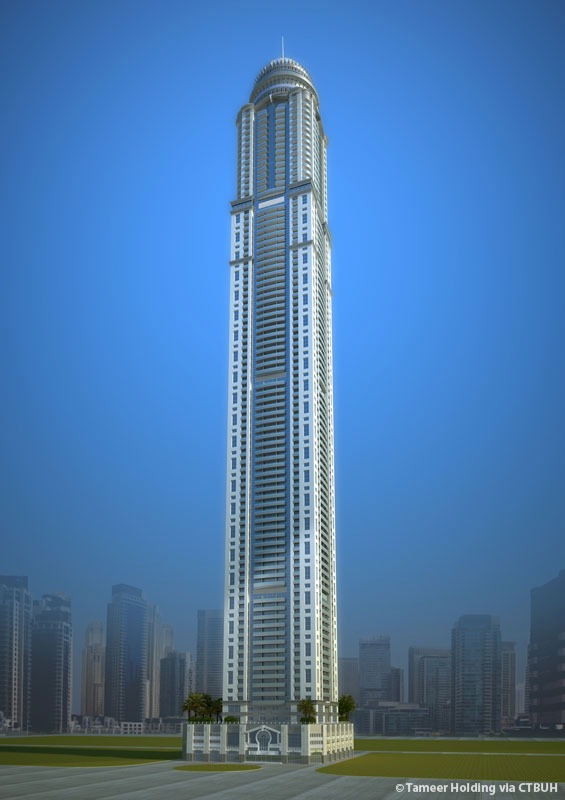 Located in Dubai Marina, Princess Tower – which was once the world’ tallest residential tower – offers spectacular views of the Dubai coastline and the Dubai Eye Ferris Wheel.

The 413-metre, 101-floor, skyscraper is a visually stunning structure with a façade divided into several noticeable sections – which make it one of the most attractive Dubai buildings.

The main frame of the Princess Tower has a series of curved balconies that are fitted into the centre of each wall and the windows are lined up at corners of the building.

Higher floors of the building feature glass cladding that is interrupted by crosscut vertical and horizontal panels. There is an observation deck on the 97th floor of the Princess Tower.

23 Marina is a 393-metre, 89-storey residential tower nestled between Dubai Media City and Dubai Marina. On completion early 2012, it became the world’s tallest all-residential building before it was overtaken by Princess Tower in July 2012.

23 Marina sits on a podium with a six-storey entry hall that features geometric designs on the flooring and slanted glass walls and a waterfall sculpture behind the reception desk.

Above the podium is a tower structure that is built in an octagonal shape. The structure offers stunning views of the ever-expanding metropolis of Dubai from the apartments.

Also located in Dubai Marina, Elite Residence was the world’s third tallest residential building at the time of its completion in January 2012.

The 380-metre building that features contemporary design with a touch of Victorian Architecture comprises 695 apartments that range from one bedroom apartments to four bedroom penthouses.

Elite Residence has four basements, ground floor and 86 floors that offer panoramic views of the Arabian Gulf as well as magnificent sights of one of the man-made palm islands – Palm Jumeirah.

6. The Address The BLVD: 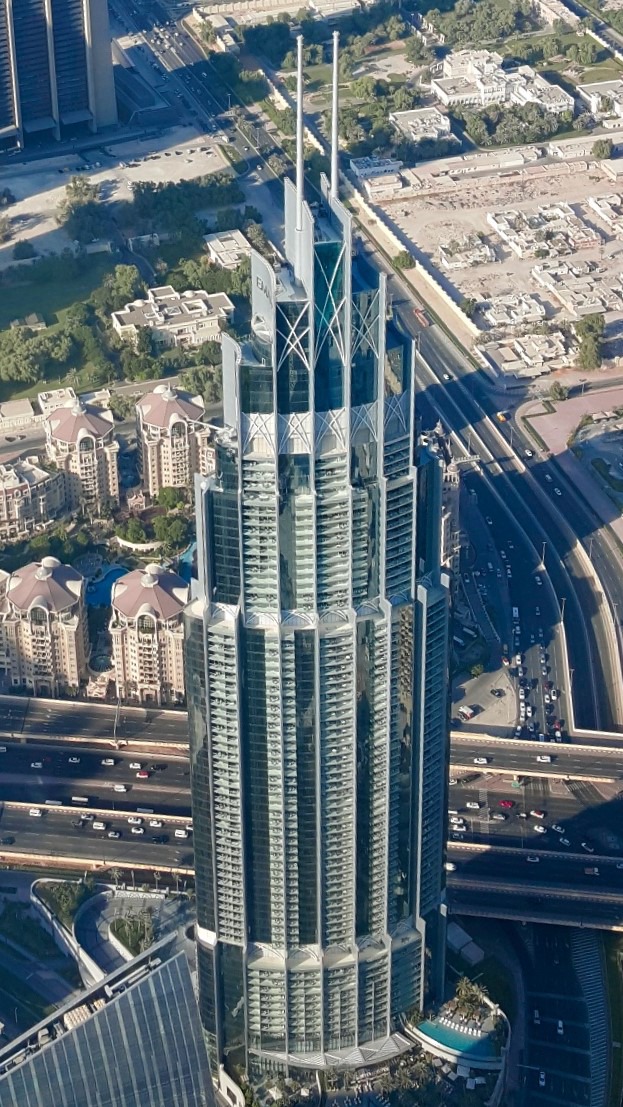 The Address Boulevard, also known as The Address The BLVD, is a 368-metre, 72-storey tower in Downtown Dubai, next to the iconic Burj Khalifa. It is the sixth tallest building in Dubai.

Completed in 2017, The Address The BLVD houses 530 serviced apartments and a 196-room hotel that is operated by the Address Hotels and Resorts. The building offers views of the Arabian Gulf, Burj Khalifa, and the Dubai Fountain.

The Address Boulevard sits on multi-level podium. The upper section of the platform offers distinct lobbies of the hotel and apartments while the lower section creates a wall that separates the building from the boulevard and the elevated highway to the north to reduce noise pollution. 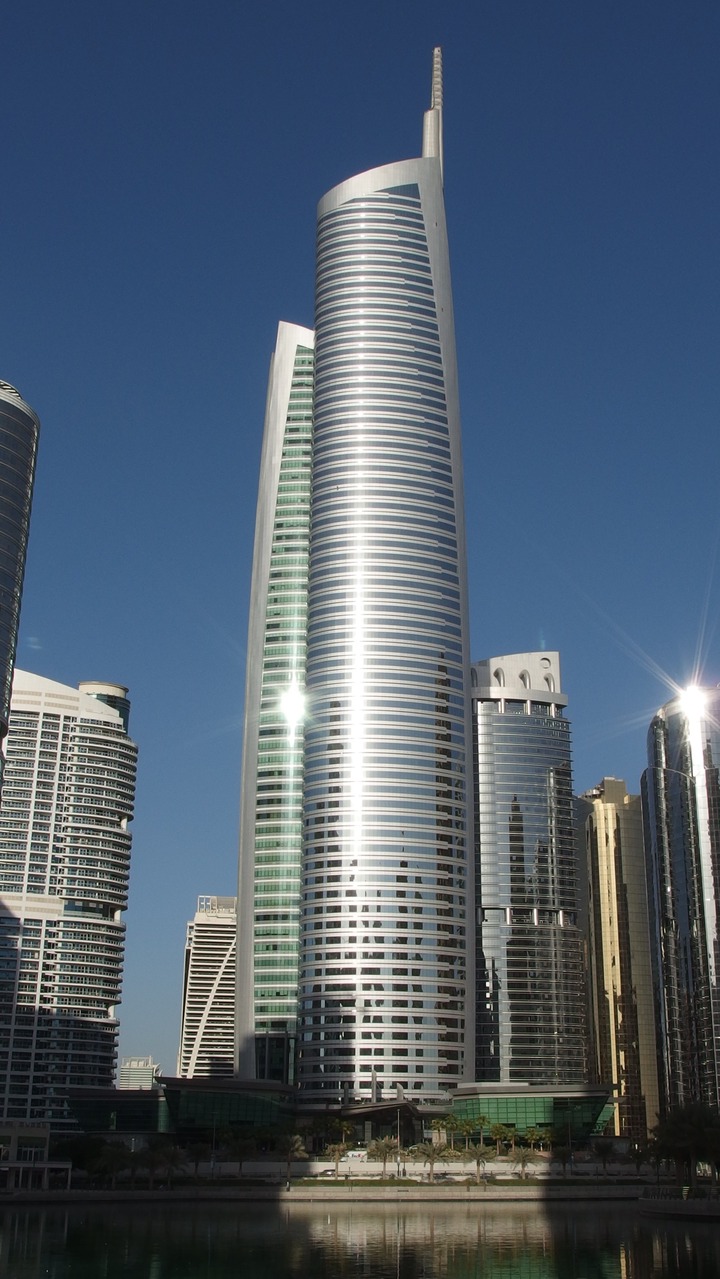 Nestled in the waterfront community of the Jumeirah Lake Towers, 363-metre Almas Tower is nicknamed Diamond Tower due to its architecture that draws inspiration from the distinctive shape of diamonds.

The 68-storey building houses the Dubai Diamond Exchange in a two-storey podium that features eight triangles inspired by the facets of a sliced diamond extending out from the core. This is easily the tower’s most architecturally outstanding feature.

Completed in 2008, Almas Tower features an offbeat architectural design that appears as two diagonally offset ellipses coming together along their east-west facades. 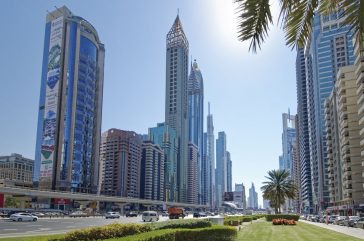 Completed in 2017, the 356-metre, 75-storey Gevora Hotel on Sheikh Zayed Road is the eighth tallest building in Dubai. It has 528 deluxe rooms and suites, 5 restaurants, leisure units and a health club.

The façade of the Gevora Hotel has a classic design that is made up of numerous windows on every floor, allowing a plentiful amount of sunlight into the building.

The building is stabilised by a caisson foundation system that was employed during its construction. Located in Business Bay on Sheikh Zayed Road, JW Marriott Marquis Dubai is made of up two towers of the same height – 355 metres. The 1,608-room, 5-star luxury hotel is operated by Marriott International.

The building, which was completed in 2012, resembles the date tree – an important symbol of the Arab culture. It represents the Expressionist architecture, in which a structure resembles a distorted shape. 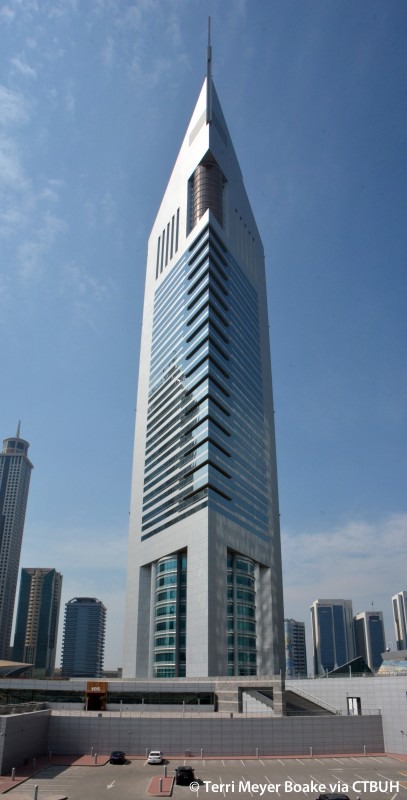 Closing the list of Dubai skyscrapers is the Emirates Tower One, a 355-metre office building that is also located on Sheikh Zayed Road.

Emirates Tower One, which was completed in 2000, features three huge core walls that sustain the weight that is transferred at the four levels by giant steel trusses that are connected to the cores.

The 54-storey building boasts a curved wall that rises nearly the whole height of one face of the triangular structure – offering a stunning view of the city.

The world has wonders in terms of structures. We especially wonder about buildings and how they were constructed. I sometimes get to worry how they got to wonder how technology went by trying to construct the buildings.