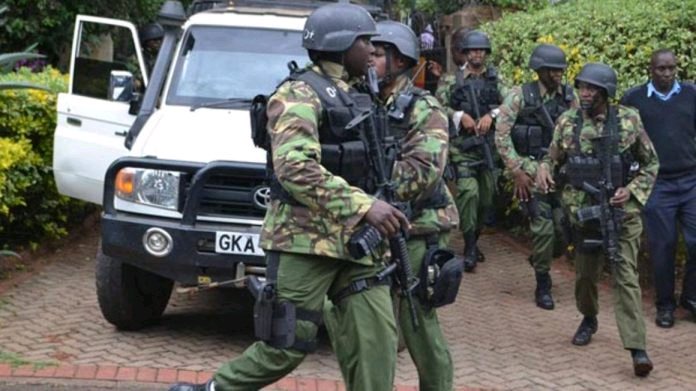 According to news hitting the air this evening, a man has been nabbed by detectives with over one hundred million kenyan money.

According to sources, Authorities at the Jomo Kenyatta International Airport (JKIA) are on a high alert after a Bahrain national was arrested with $975,000 (over Ksh107 million) in cash on Thursday night, January 27.

It has emerged that the said man was trying to switch planes when detectives got wind of his luggage.

The foreigner had stashed the money in various bags and was caught pants down as he was trying to board a plane to Manama Bahrain.

More drama ensued after KRA cops were informed, moving in swiftly they found the man already trying to board an Egypt airline.

After being questioned what he was doing with the money the said foreigner just said he had been paid in cash for a job he was asked to do.

It has emerged that the foreigner had tried to deposit the said cash to his bank account at the airport when things went south, he tried to rush and board a plane

He is currently in custody with more expected to follow soon... 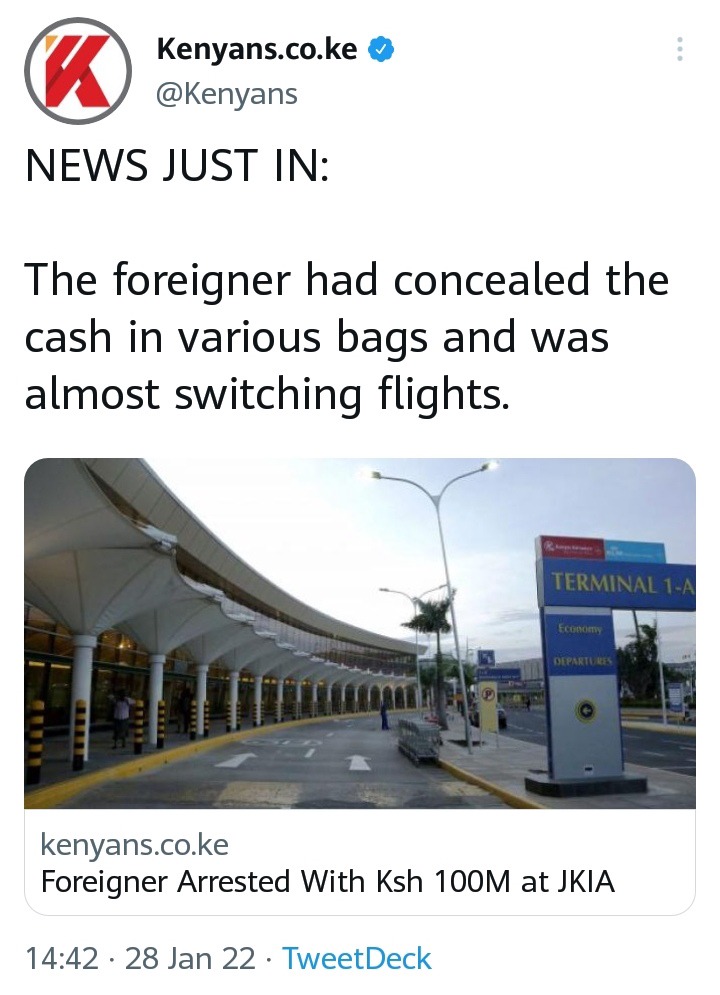 What Kingi Has Said About Raila in Kilifi (VIDEO)

A Creative Way Of Storing You Gas Container At Your Home

6 Bad Habits You Must Avoid in Your 20s

Six Pure Bet Matches To Cash On This Friday 27th May