By Makangari (self media writer) | 2 months ago

The popular view in the current stand-off over the proposed Karo airstrip is that the airstrip is viewed as a panacea of problems, for local pastoralist groups. This mentality has evolved because of a number of factors first born of which is the trend of development discourse which despite some level of urbanisation is primarily rural. The agenda is healthy and must remain so as to encourage a robust debate on the pros and cons of the proposal.

As Mandera grows, the challenge will be to provide adequate services and equitable access to its opportunities. Currently, large gaps exist between needed and current services and infrastructure. One such gap is the need for a safe and affordable air transport system. The growth of towns and the economy in Mandera county calls for a reciprocal growth of infrastructure in the transport sector including air travel infrastructure. This need is greater today than ever partly due to increased safety concerns weighing in on the road transport including threats from bus attacks along the main Mandera-Nairobi highway and also due to the speed of doing business in modern times.

I am strongly persuaded to support the establishment of more accessible and safe airstrips. Whether this happens at karo or elsewhere is a different story but I think Karo residents have a golden opportunity to grab the benefits that come with this investment.

This agenda has a greater common good for all of us. I am particularly swayed by the safety concerns over the current Military Airstrip in Mandera which has been touted as a disaster waiting to happen… We don’t need to look for a stick after the snake has bitten us.

Governor Roba said in a statement in Mandera yesterday that Mandera county needed a modern airstrip citing the current one as old and outdated making it unsafe for aircraft landing. The governor argued that specified airplanes can land by a whisker as the airstrip at the Mandera army camp was not a type certified for all air crafts. The Governor, a pilot by profession himself, said, if an aircraft gets a mechanical problem it will not only be dangerous to those who are air borne but also to residents living near the airstrip.

This statement corroborates another statement by the Transport Secretary James Macharia, was quoted in the Business Daily publication of 9th July, 2018 that the government of Kenya did not know the capacity of the Mandera Town Military airstrip, calling to question the safety of aircraft using the runway. The revelations followed concerns that the flights utilise the whole runway during take-off and landing, leaving inadequate clearway and stop-way in the event of emergencies and aborted takes off. 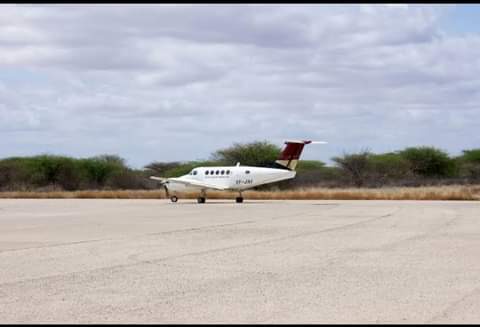 This airstrip demand is an incredible investment and growth opportunity if managed well. The biggest challenge to development in Mandera is, as has always been, politics and all those concerned are duty bound to manage the politics around the proposed Karo Airstrip.

Looks like we missed a conflict sensitive planning opportunity here but a bi-partisan and inclusive result is plausible.