Most Popular Countries In Africa

By Johnoriango (self media writer) | 16 days ago

There are most famous countries in Africa compered to others. This is due to what the are and what the are best in producing. This article is not meant to say that some African countries are better than others even though some people might say otherwise but instead is to compere their identity, but every African country has something unique to offer in a sea of countries. We can also agree that only a few countries out of the 54 countries in Africa get the most recognition. Most of those countries are the best in one way or the other. Here are some of list of those countries that are most popular in Africa.

Cameroon is one of the biggest victims of the transatlantic slave trade and most of the Hollywood celebrities today have Cameroonian ancestry. Cameroon is famous on such kind.

Namibia is the most fascinating and diverse country in the world that is commonly recognised and also the number one travel destination for most foreigners. Namibia is famous for the highest dunes in the world and the Etosha national park is one of the world’s greatest conservation parks. Namibia is well know by many people and that is why majority of foreigner go there to see those dunes that exist there and some national parks so that they can take beautiful photo.

Algeria is commonly referred to as the country of cherries and dates, a mild climate in the North, and a hot one in the Saharan south. Algeria is the home of ancient Roman structures where you will find ancient civilizations built thousands of years ago. Algeria is identified well with what it is best at and that is why it is famous in Africa.

Ghana is not one of the biggest but definitely one of the most popular, and we can spend all day talking about what makes Ghana popular, but just like South Africa. Ghana also has a huge influence on afro-pop as they remain the home of African dance hub till today.

What makes this country popular is its attraction destination for big tech companies who continue to mine the country for resources needed for technological advancement.

The word ‘Kenya’ became the most searched country right after Barack Obama became the 44th President of the United States of America. The country is the third-largest producer of tea after China and India.

Ethiopia is famous for being the place where the coffee bean originated. It is also known for its gold medals in the Olympic games and the resting place for the Ark of the covenant. The majority of African religions claim Ethiopia as their spiritual homeland. 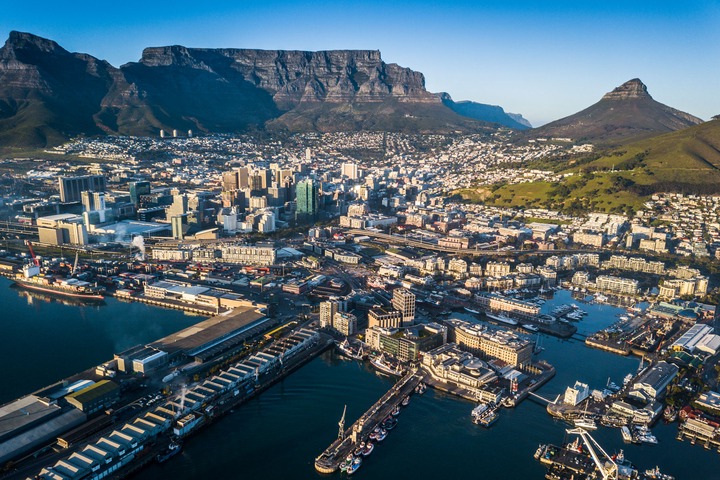 South Africa needs no introduction as it remains the first option for tourists in Africa. And in case you still have not heard of South Africa, the FIFA World Cup in 2010 gave the country massive exposure.

There is not a single soul in the world that has not heard of Nigeria, Among many other things, Nigeria is the most populous black nation on Earth and home to the second-largest film industry on the globe after Bollywood. Its also recognised on the acting of nigerian movies.

Egypt is one of the popular countries in Africa and the main reason for their popularity is the Egyptian pyramids, the mummies, and the Bible’s mention of the ancient kingdom of Egypt. Egypt is well know as well. In conclusion there many other countries that i cannot finish mentioning of in Africa About, this are some that seems to be common.

Content created and supplied by: Johnoriango (via Opera News )