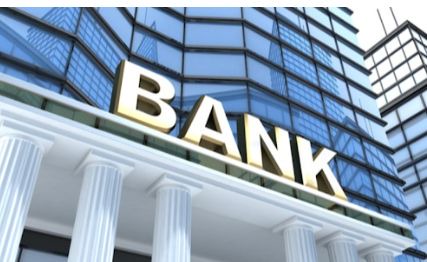 It is undeniable that the fate of one of the country's oldest commercial hubs, Homa Bay County, has been left to chance.

A visit to Kendu Bay town sheds light on the tragic turn of events, as ramshackle and abandoned structures in the old town tell the sad story of the urban centre, which has devolved into a mere remnant of its illustrious past.

Commercial activities were brisk in the early twentieth century, as Christian missionaries, Indians, and Arabs fought for a piece of the rural town whose port was centrally located to the administrative units of the larger South Nyanza and the port of Kisumu.

However, fate appears to have abandoned the lakeside town - locally known as Kanyasoro - as the port town's ruins stand like skeletal reminders of the settlement's history.

To make matters worse, despite being a key administrative unit and one of Homa Bay County's four primary urban centres, no mainstream bank has considered opening a physical branch in the town.

Homa Bay, Mbita, Oyugis, and Kendu Bay are designated as townships by the County Integrated Development Plan because their populations exceed 10,000 people.

"Of all of these, only Kendu Bay has no major financial institution, despite the fact that Ndhiwa has a Cooperative Bank outlet," said Samson Koliech, a businessman in Kendu Bay town.

The number of people settling in Kendu Bay has grown over the years and is expected to grow further as people seeking services at the headquarters of Rachuonyo North Sub County continue to increase.

The failure of the Kendu Bay port and marine transport, however, was the final nail in the coffin of the nascent urban centre, with economic activities shifting from the archaic Arab-owned shops to the busy Kisumu - Homa Bay and Kendu Bay - Oyugis roads.

As a district headquarters with a large number of civil servants, security officers, teachers, businessmen, and non-governmental organizations, the lack of a major bank is (arguably) one of the town's biggest setbacks, according to Mr Robert Sangori.

Kendu Bay town had one of the largest ginneries in the former cotton-growing belt of South Nyanza prior to the collapse of cotton growing.

Mr Sangori, who is also the former chief officer for Lands, Housing, Physical Planning, and Urban Development in Homa County, said they have formed a committee whose role it is to persuade a financial institution to open a branch in the town. 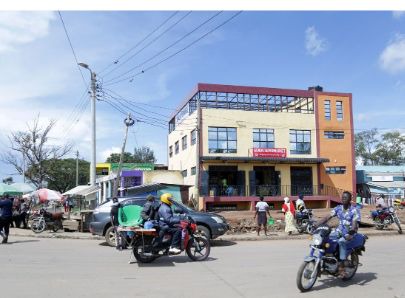 "We have begun engaging local financial institutions to set up a branch in Kendu Bay in collaboration with the county government and other private sector players," he said.

He expressed confidence that the establishment of a bank would provide a viable means of reviving the town's prospects.

"We have nothing to be happy about because people have to travel up to 100 kilometres for banking services. As a result, we are also passing up business opportunities," Mr Sangori stated.

Mr Sangori stated that the professionals have already sent a proposal to Kenya Commercial Bank, Faulu Kenya, and Equity Bank in collaboration with the county government. 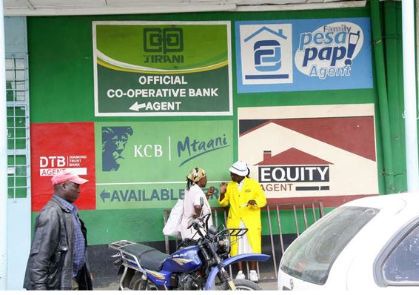 Owners of businesses and organizations that collect large sums of cash are forced to make daily trips to the bank to deposit the funds in either Homa Bay or Oyugis towns.

While most banks are implementing alternative delivery channels such as mobile phone banking and internet banking in order to maintain profitability, illiterate and senior citizens in rural areas are likely to suffer.

The Secretary-General of the Kenya Union of Post Primary Education Teachers, Akello Misori, who is from the Mawego area, stated that the opening of a new branch will improve credit lines of local entrepreneurs, who will be able to access affordable customer-focused credit.

"Banking institutions are more likely to advance loans to their clients and initiate some corporate social responsibility programs in the area because of being loyal customers," Mr Misori added. 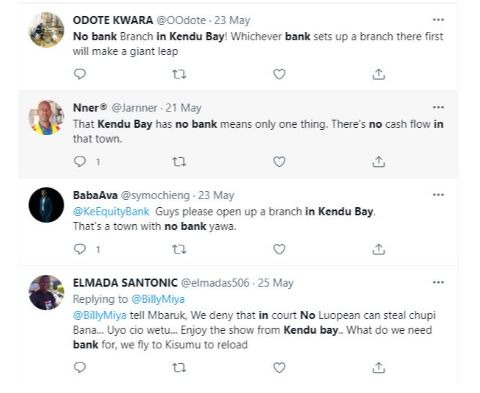 Mr. Koliech, who owns a retail store in town, says it can be difficult to withdraw or deposit large sums of money.

"Traders are sometimes forced to keep money in their homes, which poses a security risk," he said.

Even as the trend continues, Mr Sangori expressed confidence that the establishment of a physical bank branch by one of the major institutions will turn around Kendu Bay's fortunes while capitalizing on the enormous potential that it represents. 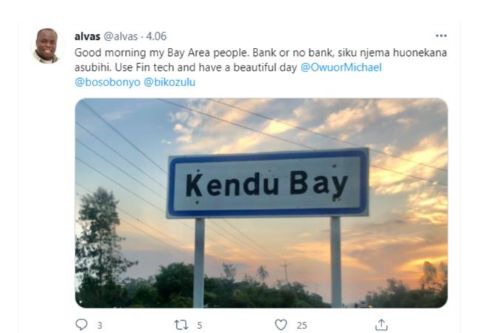 Among the notable institutions in the town and its environs are Gendia Adventist Mission Hospital and Medical College, Kendu Sub County Hospital, Hotel Pikadili, a number of village polytechnics and vocational training centres such as Mawego Technical Institute, and hundreds of primary and secondary schools.

Major tourist attractions, on the other hand, include the legendary Simbi Nyaima, the hot springs of Homa Hills, and the Ondago Swamp. The town also claims to be the birthplace of former US President Barack Obama's father.

As residents await any attempt to resurrect the fallen giant's treasures and activate the town's growth opportunities, the bushy beach, falling walls, corroded roofs will remain weird spots to pose for Instagram photos, while residents will continue to wax nostalgic about the good old times.