By AustineBarasa (self meida writer) | 10 days 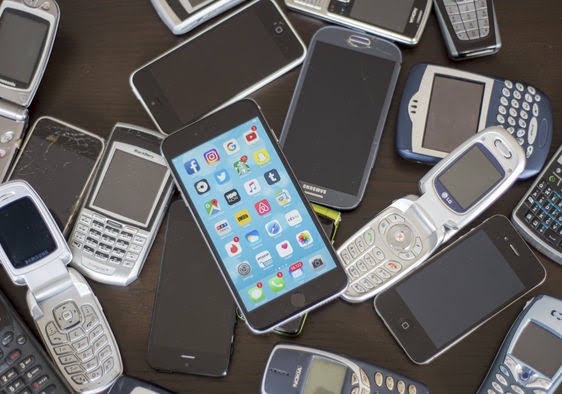 When man invented mobile phones, the main goal was to ease communication between people that are distances apart and save them from the need to travel and communicate with each other in person or write letters that have their own hassles.

However, the mobile phone evolved over the years and we are today in a smartphone era that has brought its own share of "collateral" challenges.

A smartphone offers more than the convenience of communicating with people that are miles away and today its more of an entertainment tool.

Each day, new and very addictive content is shared in dozens of social media apps and added to countless video game apps that offer entertainment to phone users as and when they feel being idle or bored, phone addiction has become a real challenge to many smartphone users especially the youth. 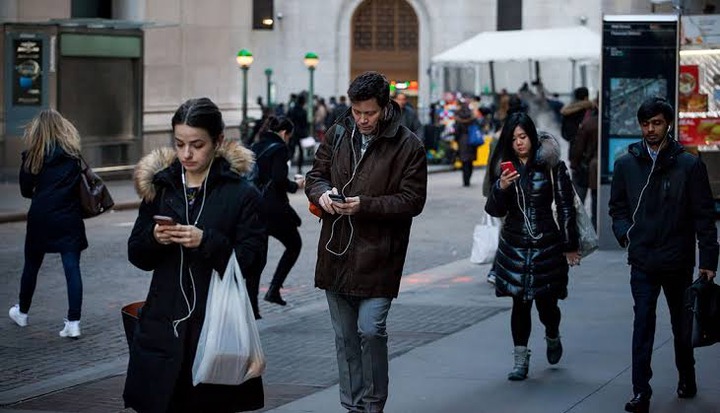 Walk in any busy street in your city and you will witness scenes like that above where nearly every other person that will pass you will be having his or her eyes glued on phone in the hand, something that's responsible for a huge percentage of human to human collisions.

It's because of this reason that pedestrians were banned from using their phones while walking in some places like Yamato City of Japan. 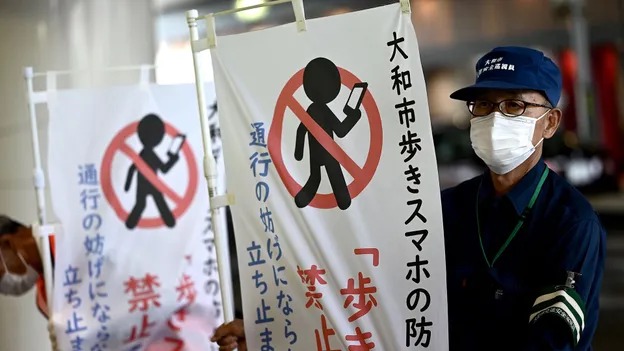 But in South Korea, a 28 year old robotics enthusiast saw an opportunity in this menace and sought to develop a device that helps smartphone users that can't get their eyes off the screen while in the streets to "help them stay safe while out there". 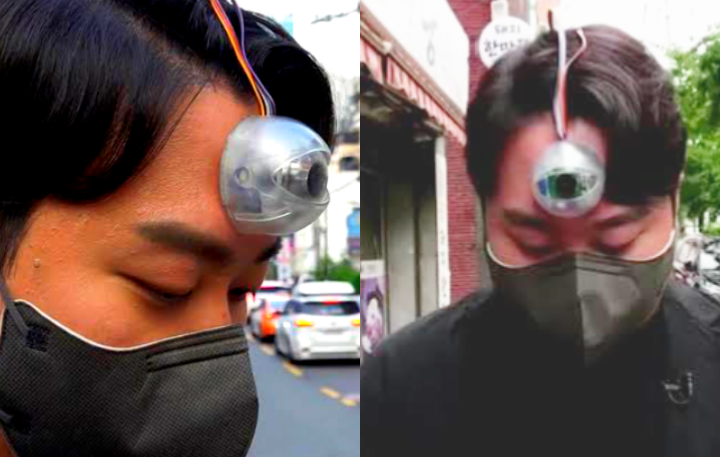 According to the current prototype, the "eyeball" relies on the position of the head to move into action whereby when the head of the phone user is tilted, a control device that's attached at the back of his/her head opens the eyeball.

The eyeball that's equipped with ultrasonic sensors then scans the path of the phone user and detects obstacles in front of the user alerting him or her with a buzz and some sound as explained in the video below. 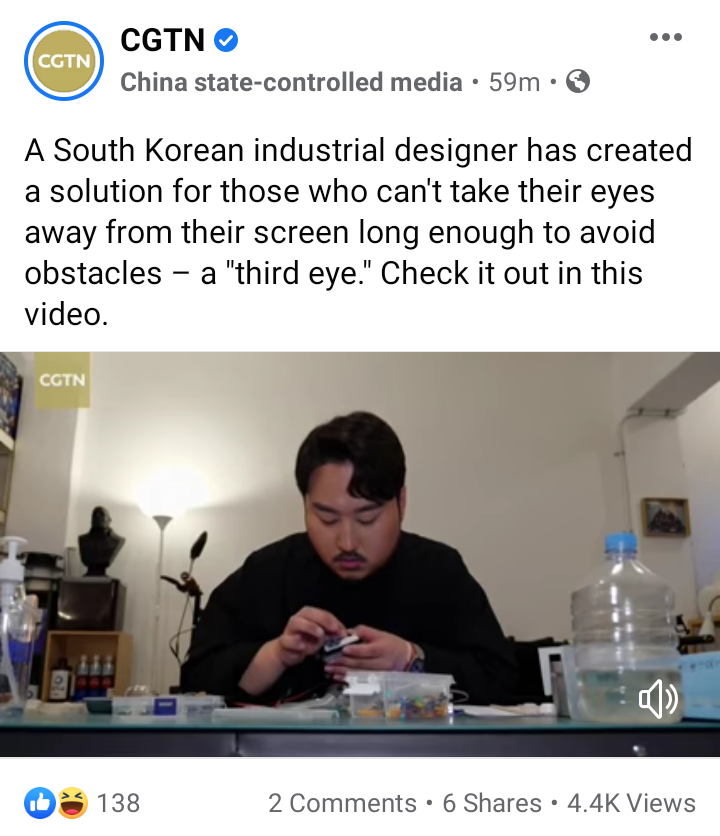 The question is, will this help humans stay safe and be better or will it create more smartphone zombies?

Do This And You Will Pass An Interview

Sunday Power Interruption Check If You Will Be Affected