On Wednesday, Kenya's telecom network had a network failure, putting many Kenyans in the dark. The majority of Kenyans raced to Telecom's social media past posts to voice their outrage, and the matter quickly became hot on Facebook. 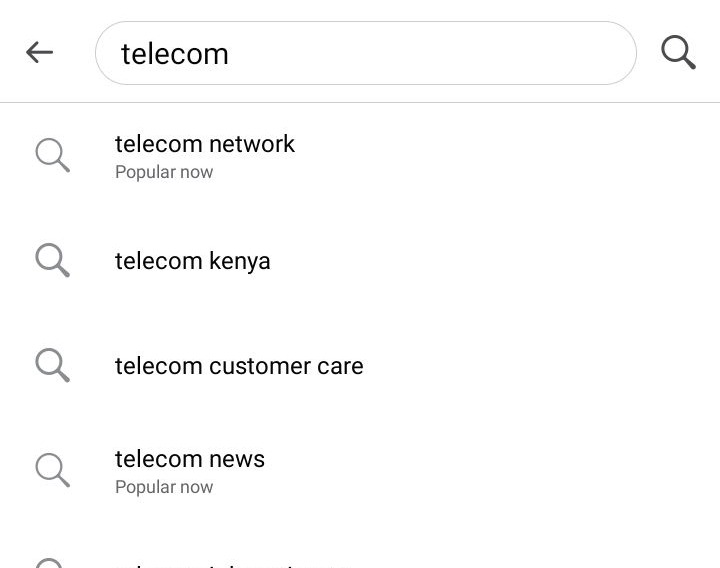 Subscribers were unable to make calls, send SMS, or use data services due to the outage. Angry Kenyans who went to the comment sections largely complained about data service, and a part of Telkom subscribers claimed the company's network has been weak since the New Year 2022 began.

On Wednesday, January 19, Telecom issued an apology to its consumers, stating that the network had yet to be restored. The Internet service had already started working around 8 p.m. on Thursday, though the USSD code services were still down. 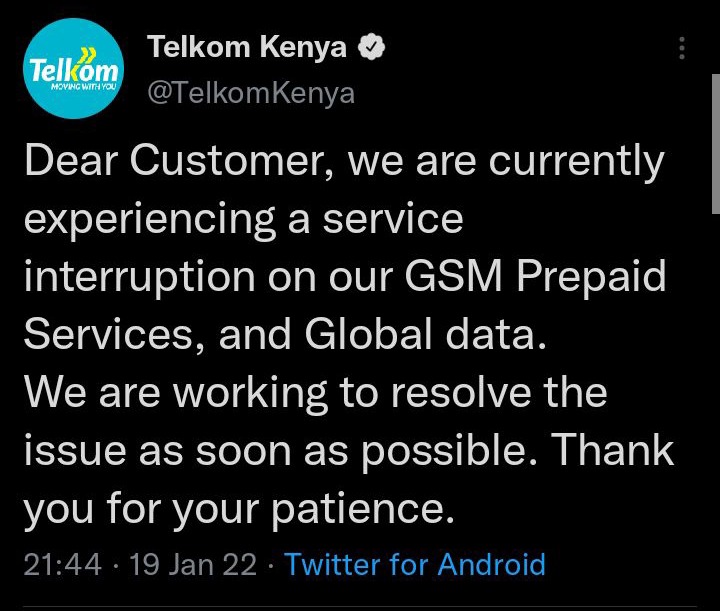 Telecom is Kenya's third most popular mobile network, owing to the fact that most Kenyans mostly use it to access the internet. Safaricom is ranked top, followed by Airtel.