Raila Drops Another Bombshell About Chebukati, Reveals Secret Of 4 Servers

Raila Odinga, the head of the opposition, has now asserted that there were four servers at the Independent Electoral and Boundaries Commission.

Speaking on Wednesday, he said that only one of the four servers was responsible for the presidential poll results. 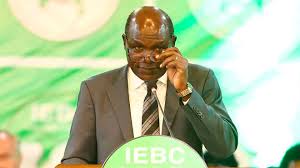 One was in the Netherlands, another was in Venezuela, and the third was in the IEBC offices at Anniversary Towers, according to Raila.

He asserted that the fourth was in the Industrial District.

This roughly translates as, "I want you to comprehend. We found out there were four servers. One was in Holland (Netherlands), another in Venezuela where a man named Jose Camargo worked, a third at Anniversary Towers, and a fourth in Industrial Area. There was a portal where results were transmitted in Kenya's Bomas. Only one of the four servers, the one in Venezuela, was sending results."

He claimed that former IEBC chairman Wafula Chebukati and two other commissioners, Yakub Guliye and Molu Boya, devised the scheme.

He insisted that the poll results would be ready as early as August 10, 2022, but Chebukati and his associates delayed in order to conceal their actions.

He claimed that Chebukati has not spoken since their whistleblower's allegation is accurate.

Raila declared on Monday at the Kamukunji gathering that he does not recognize Ruto as Kenya's duly elected president.