How car thieves are using this device to steal parked vehicles

By Theguillotine (self media writer) | 1 year ago Conservative Retro gaming devices that had dwindled in popularity have been turned into expensive gadgets that can be used to unlock vehicles without necessarily breaking windows, experts warn.

One such equipment is built from devices that resembles the old Nintendo Game Boys.This device records the car’s data and can be improvised to act as a responder which the car interprates as a remote control.The most prevalent keyless theft involves crooks ‘relaying’ a signal from the vehicle's fob inside the owner’s house to the vehicle outside.

Criminals are now using technologically advanced gadgets which allow them to access luxury vehicles without necessarily having to relay from a nearby fob.One such gadjet is sold by SOS Auto Keys – a technology firm based in Bulgaria. It is made from devices that are almost similar to old classic Nintendo Game Boys – the popular handheld consoles that was a favourite with kids in the 1990s. 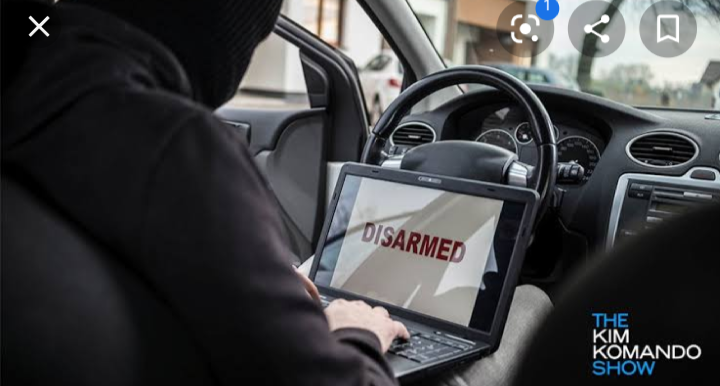 The company’s SOS Key Tool is advertised as ‘the most technological advanced locksmith tool’ available. It is currently going for £20,000 but the AA says the price will likely decrease as the technology becomes more available.

The device comes with a rather cheeky warning that it should not be purchased by anyone with ‘unlawful intentions’ but the AA admits it could easily fall into the wrong hands. A tutorial video on YouTube channel shows how criminals can use it to unlock modern Kia, Hyundai,toyota and Mitsubishi models within just a couple of seconds

The AA said the gadjet which was released on sale in June, shows how the technology used by car thieves has never been more advanced.

How the device works

1) The user activates the vehicle's ‘proximity system’ by pressing on the button of the door handle.

2) Data fetched from the car is then scanned and immediately recorded by the adapted ‘Game Boy’ console.

3)The user is now given the freedom to select the system of the car and the device calculates the required response immediately. Once calculated, the Game Boy gadjet acts as the responder which the car’s systems recognise as a legit authorised proximity remote.

4) The car will immediately now open and engine start as if the user had a genuine key fob nearby.

Police Society of Motor Manufacturers and Traders said the industry is continually inventing new security features', which includes motion sensitive key fobs to try and stay one step ahead of these crooks.

'What's most shocking is that something sold decades ago has been deliberately repurposed to aid thieves. With plenty of old outdated gadjets collecting dust, some crooks will alter with them hoping they can unlock a car.

SOS Auto Keys in Bulgaria the company manufacturing the said gadjets declined a request for comment.

Content created and supplied by: Theguillotine (via Opera News )

Bedroom Beds That Will Make Your Room Attractive

Reasons Why You Can't Find Love

Number of Wiper Leaders who Voted For Kalonzo's Return to Azimio