Big UCL game of the day, here is the possible Man City line up against PSG

Today's biggest UEFA champions league match will be between the English Champions Man City who will face the French champions PSG. 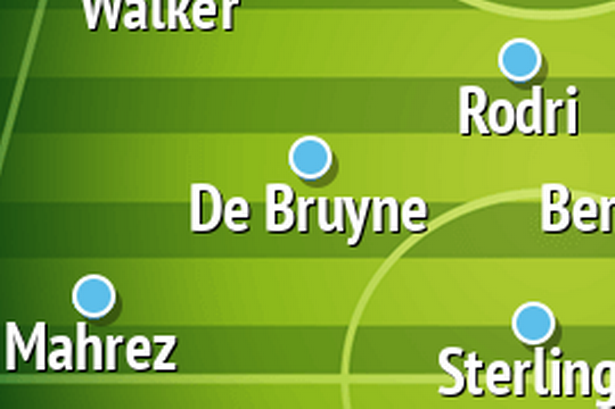 Manchester City face their toughest Champions League group game this week as they travel to face a strengthened Paris Saint-Germain side.After being losing against city over two legs in last season's semi-final, PSG have added considerable quality to their ranks over the summer in Gianluigi Donnarruma, Sergio Ramos, Gini Wijnaldum, Achraf Hakimi and Lionel Messi.Man city lead Group A thanks to their 6-3 win over RB Leipzig and PSG's draw with Club Brugge, so victory in Paris would give them control over the group and an important five point lead over main rivals PSG.

Aymeric Laporte, Rodri and John Stones returned to the matchday squad for City's win over Chelsea after injury concerns, but Ilkay Gundogan and Aleks Zinchenko remained out. Pep Guardiola could also be tempted to recall players like Riyad Mahrez, Ferran Torres or Raheem Sterling to the starting line up in the French side.

Pep Guardiola may just ask his front-line troops to go all out, and play a team similar, or even the same, as that which won at Stamford Bridge. But Liverpool is a bigger game in the context of the season so a few changes in this one would serve to keep players fresh. The injuries faced by Ilkay Gundogan and Aleks Zinchenko makes them to be ruled out, the Citizens could draft in Riyad Mahrez, Ferran Torres, Raheem Sterling, Fernandinho, and John Stones.