Mbappe and Giroud steal the show as France beat Poland to reach the quarter-finals.

By Josephatmuku (self media writer) | 2 months ago

France, looking to become the first side to win back-to-back World Cup championships since Brazil in 1958 and '62, easily defeated Poland in the round of 16 with a 3-1 victory. 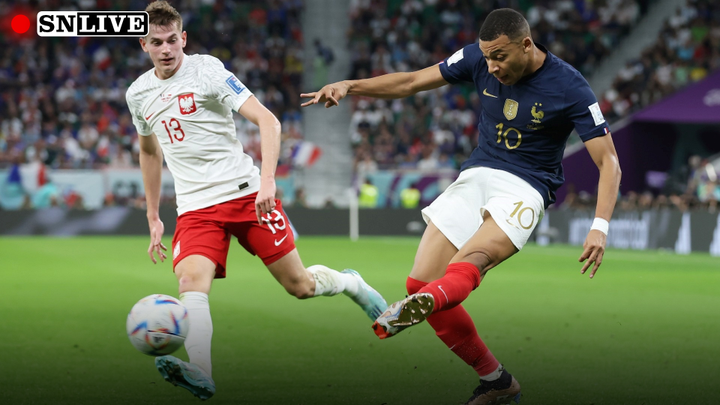 Les Bleus ended a run of three consecutive reigning world champions failing to advance past the group stage in the next World Cup by making it to the round of 16. Then, on Sunday, it displayed the deadly instinct it occasionally lacked during its 2018 run and the group stage. And Kylian Mbappé himself was in charge of the attack.

While Olivier Giroud earned headlines for surpassing Thierry Henry's record of 51 goals to become France's all-time greatest scorer for men, Mbappé stole the show with two of his own. The PSG superstar, that is tied for the tournament's Golden Boot lead in Qatar going into the game, now leads after scoring his fourth and fifth goals. Despite the loss, Poland managed to pull one goal back from a penalty spot converted into the net by Robert Lewandowski.

In the opening five minutes alone, Antoine Griezmann delivered two threatening crosses on free kicks and corners as France exploded out of the gate. However, Poland was able to survive the initial assault. France will now face the winner of England vs. Senegal in the quarterfinals.

Content created and supplied by: Josephatmuku (via Opera News )