By Kefaadan (self media writer) | 28 days ago

Today the Premier League Match week six Continued with Southampton vs Wolves game kicking off early Where Wolves won 1-0.The only goal in the game was scored by their star Striker Raul Jimenez.Arsenal hosted big rivals Tottenham Hotspur at the Emirates Stadium a game which was a North London Derby. 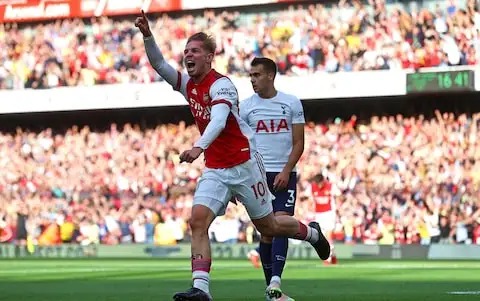 Arsenal started with all their star Players in the starting lineup featuring Pierre Emerick Aubameyang, Bukayo Saka, Smith Rowe, new Signing Tomiyasu, Tierney and Odegaard.They played very well in the first half taking an early lead of 3-0 after Smith Rowe scored in the 12th minute, Aubameyang 28th minute and Saka in the 34th minute.Both teams returned more stronger in the second half with Arsenal keen on defending more than attacking. 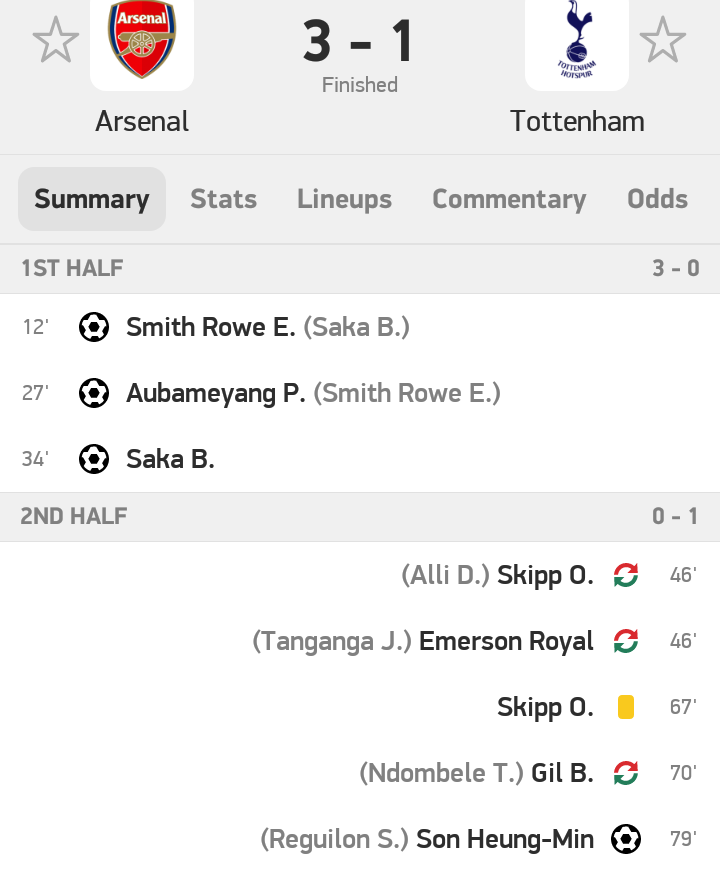 Heuming Son Scored a sensational goal in the 78th minute bringing Tottenham Hotspur back in the game.Arsenal managed to secure a 3-1 win after the final whistle and now they are position 10 in the table standings while their rivals Tottenham drops to 11.Liverpool are on top of the table with 14 points in six games and Manchester City second with 13 points followed by Chelsea and Manchester United. Down here are the final table standings after all the games were played. 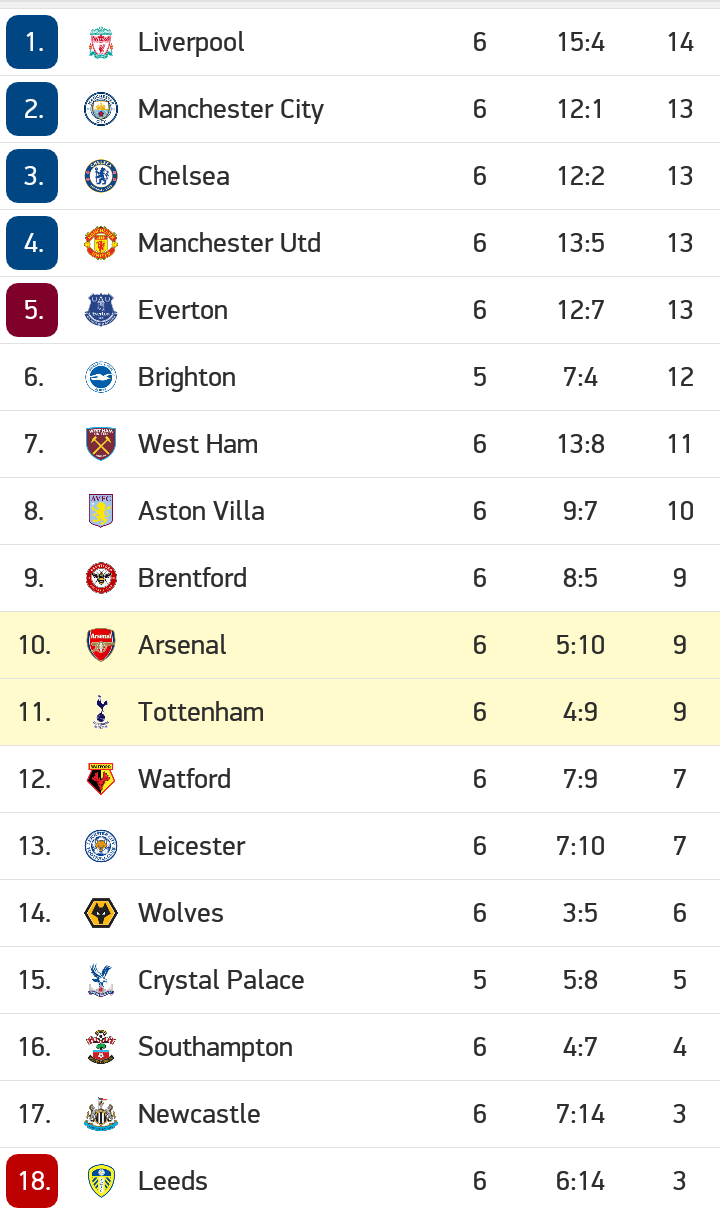 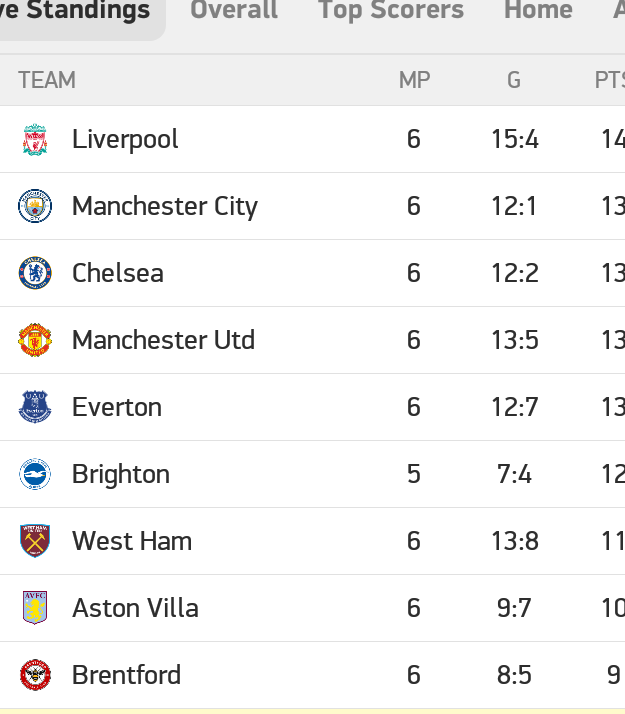 Which team among the big six; Manchester United, Manchester City, Arsenal, Liverpool, Chelsea and Tottenham Hostpur do think will win the Premier League this season? Leave your thoughts down here and follow for more Updates.