Manchester United's Greenwood arrested, Here is why he is trending

By Bashirukokhe (self media writer) | 5 months ago

Manchester United's academy graduate Mason Greenwood has been the talk of media recently. The forward has been exposed by his ex- girlfriend over alleged sexual molestation. The England international has been suspended from training at Carrington by the team's management over the allegations.

A spokesman for the red devils said they "did not condone violence of any kind " but will not make any statements "untill the facts have been established". The United star graduated to the main team in 2019 and has netted 35 goals in 129 appearances. 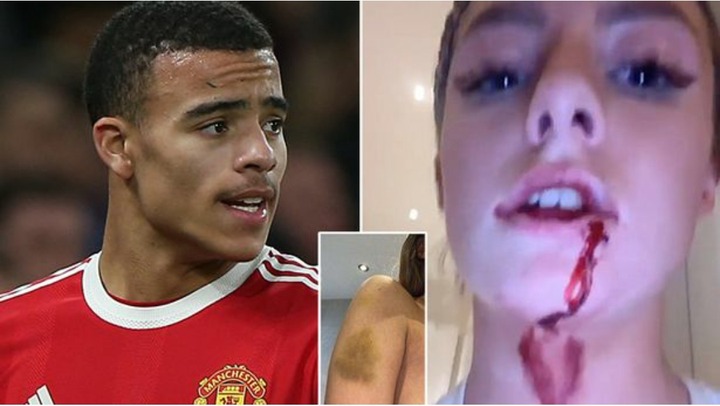 Greenwood has been arrested this evening according to the report released by Skysports. The 20-year old has been involved in several indiscipline cases including disobedience at the club. He at one point was suspended from England national team after going on a drinking spree before the game with City's Phil Foden.

Greenwood is expected to be arraigned in court and facts determined. In the photos posted by his ex, she claims that she was injured.

Your Woman Is Cheating If She Does This One Thing. Find Out The Secret

Mwalimu Dida Reveals The Other Bad Side Of Raila Odinga To Kenyans; That Is Your 'Hero'

5 Tips On How To Save A Relationship

Analyst Drops Another Bombshell For Ruto, Exposes His Remarks As He Tells Him What To Do

Dear Men; Marry the Shy Type of Women, Reasons Why

"I will sack Fred Matiangi if elected president," Presidential candidate said in his campaign.