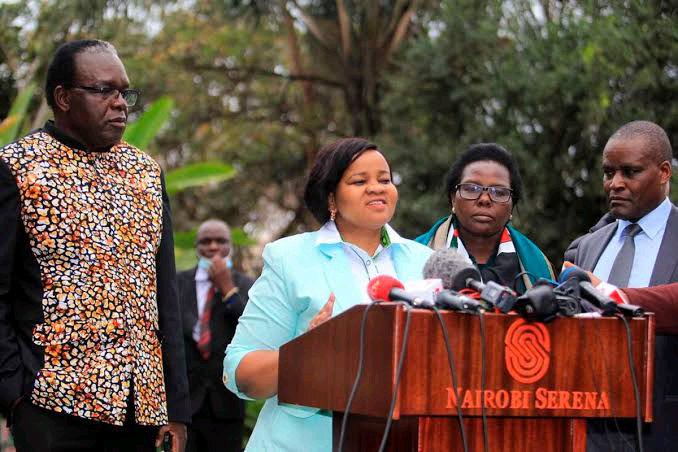 His victory, however, was marred by controversy because four IEBC officials withdrew and conducted a concurrent press conference at the Serena hotel.

The Serena team maintained that they would not claim ownership of the results as stated by IEBC Chairperson Wafula Chebukati, according to the Serena team.

Speaking at a briefing, the team said that the percentages added together were mathematically erroneous because they added up to more than 100%. (101).

In order to refute accusations that Chebukati did not listen to them and was unwilling to listen to anyone at all, the team moved forward.

They said that the form 34c used to announce the results was opaque and omitted all explanations of how the numbers were calculated.

The team has categorically denied responsibility for the outcomes, claiming that Chebukati alone made the decision.

Before a number of constituencies were included, the team Chebukati allegedly published results.

Content created and supplied by: 🌟News (via Opera News )

Bahati Finally Breaks Silence After Missing in Action For One Month

Kenyans Fires Back At Museveni's Son Over Controversial Tweet