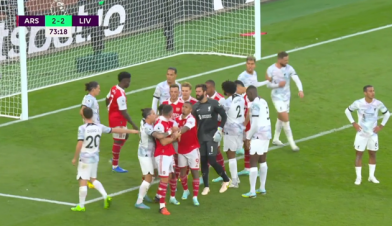 The English Football Association (FA) has launched an investigation into the brawl between a section of Liverpool and Arsenal players prior to the penalty kick by Arsenal star Bukayo Saka. In what seemed to be a scirmmage between players from the two clubs, Liverpool skipper Jordan Henderson could be seen confronting former Arsenal captain Granit Xhaka following the referees decision to award a penalty for Arsenal. 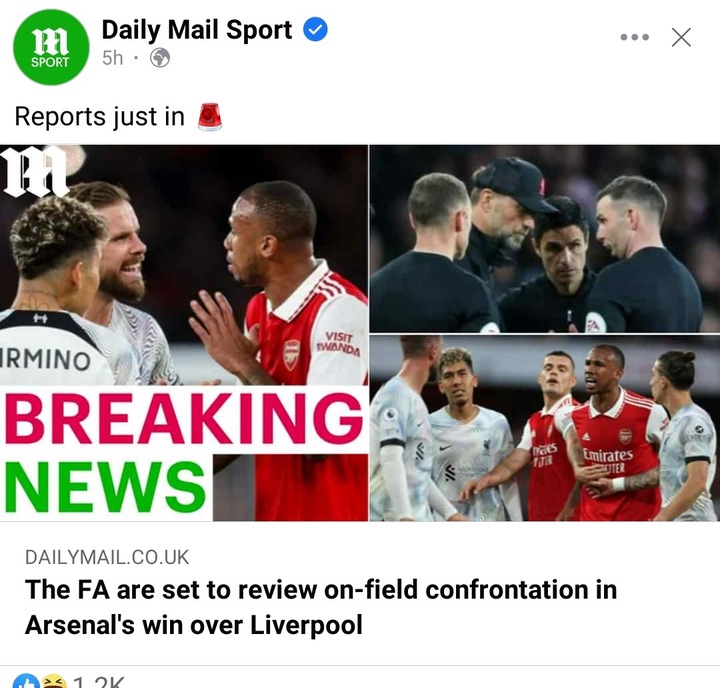 Immediately after the award of the penalty, the referee rushed to the touchline and could be seen conversing with the two managers, Jürgen Klopp and Mikel Arteta. Jordan Henderson could be seen castigating a section of Arsenal players following a controversial penalty that was awarded just 15 minutes to the end of the game. 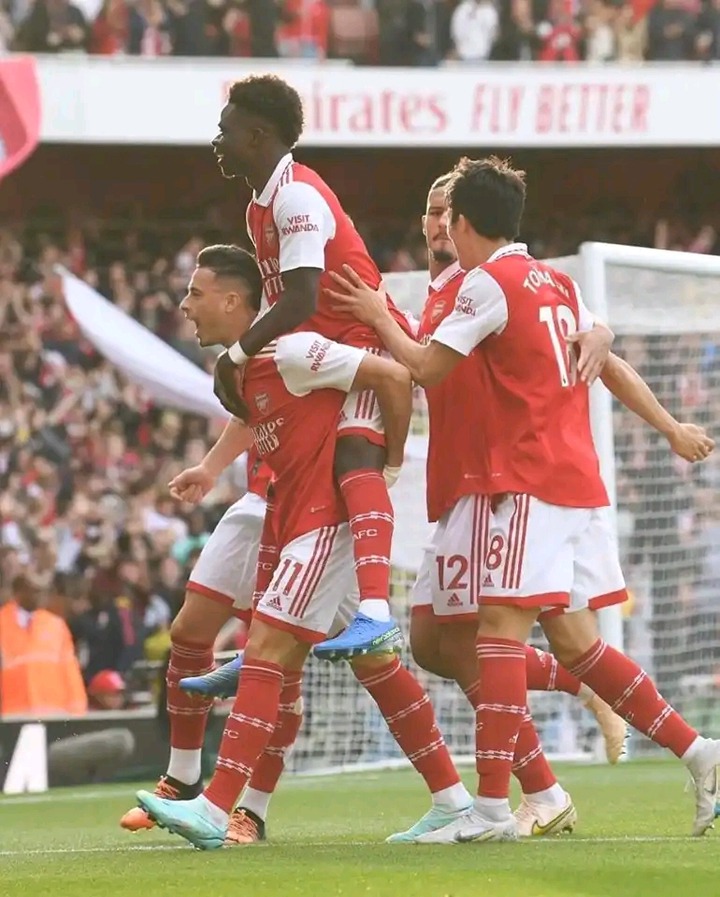 Arsenal star boy Bukayo Saka clinically converted the penalty to hand Arsenal a rare lead at the Emirates against their all time rivals, Liverpool. However, following the outrageous spat between the players, the FA has issued a statement and launched an investigation over the issue and the perpetrators could serve a punishment in case they are found guilty.