By ClintonfilaKE411 (self media writer) | 1 year ago 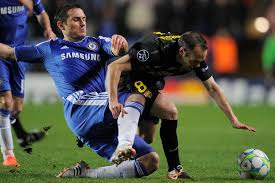 Frank Lampard will remain in the heart of Chelsea fans forever. His accurate passing ability and scoring important goals for the team during his time in the club. Despite being compared to his English counterpart stive Gerald, Lampard remains the best

After there he came back to the west London club as a head coach , his ability to identify talent in the Chelsea academy the likes of Mason mount,Tammy Abraham,fikayo tomori rose up to fame. And during the transfer window we saw him bringing likes of Timo Werner,Kai havertz and Hakim ziyech who still play a major role in the club

During an interview with local presenters in London he named a Spanish midlfilder Andreas iniesta as his best during his career.

Do you agree with Lampard??

Content created and supplied by: ClintonfilaKE411 (via Opera News )