By News.Today (self meida writer) | 1 months

Tottenham will be facing Man United this afternoon as they fight for top four places. United will be looking forward to avenge their 6-1 loss to Spurs in Old Trafford earlier this season. Its going to be tough as everyone knows Mourihno is still hurt by United sacking. The Portuguese has never failed to throw some low blow jibes to his former club. 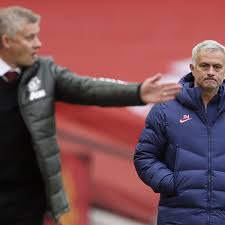 From Penalties to now on Ole's comment that Cups are not all that important. Mourihno criticized Ole Statement that trophies cannot be used to measure progress. Saying even Alex Ferguson could be disappointed by Norwegian's comments. Ole came out saying Man United in second place should be considered as an achievement in response to Mou who once said Man United's second place finish was one his greatest achievements. 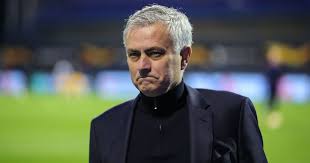 “Our ambition is a lot more than second place,” Ole pointed out

Though between the two Ole has been the most positive always tried to give his counterpart the credit he deserves.

Who do you think has done better for Man United between? and why ?

Potential England First Eleven Line Up for the Euros

A Frustrated Customer Threatens To Do This To Co-operative Bank