For £42 million, Arsenal Could Secure A Perfect Vlahovic Alternative In Electric Form.

According to Italian transfer guru Fabrizio Romano, Arsenal is one of the teams interested in Lille's Jonathan David. 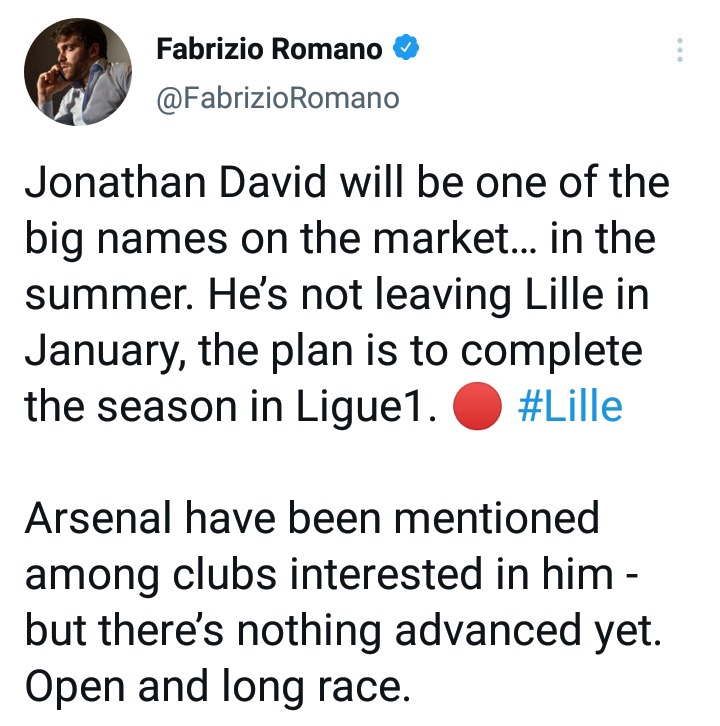 David is currently valued at £42 million(€50 million), far less than Vlahovic, whom Arsenal have been pursuing since the transfer window opened. 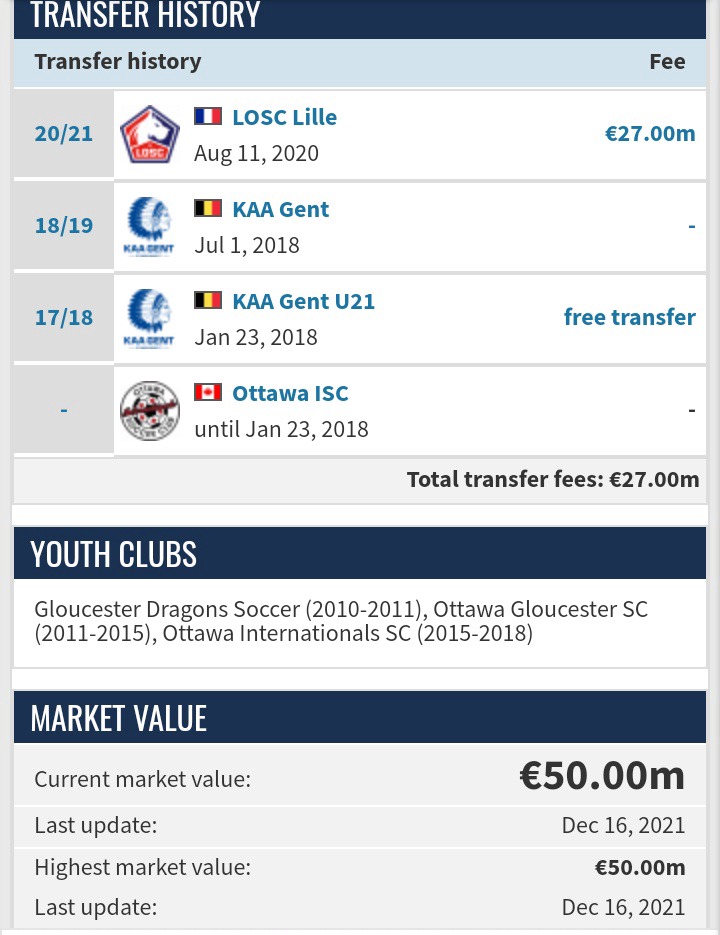 So far, Arsenal's search for a reliable striker has been frustrating, with the search taking longer than expected and no concrete progress being made, but the search must continue given that Lacazette and Nketiah are nearing the end of their Arsenal contracts, while Aubameyang's future is uncertain, having been exiled due to a behind-the-scenes indiscipline case. 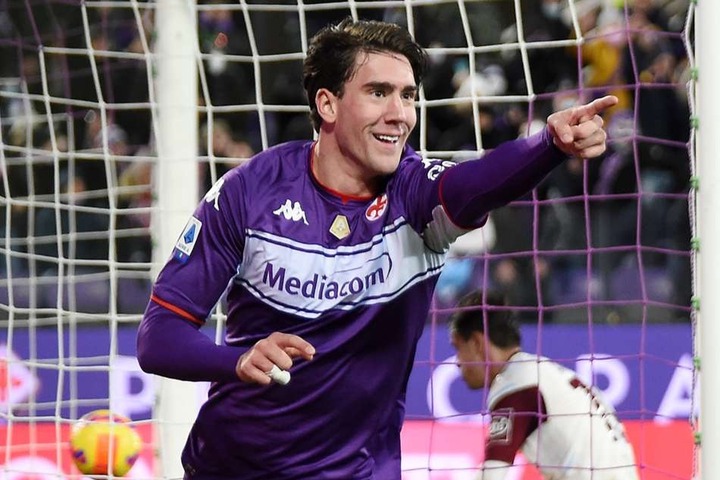 Arsenal believe Florentina's Dusan Vlahovic is the ideal talisman to lead their forward line, with the latest reports claiming that Arsenal have submitted a £50 million cash offer for Vlahovic in addition to Torreira. Even with such a tempting offer, it is believed that Vlahovic would prefer to remain at Fiorentina rather than move to Arsenal, at least for the time being. According to reports, Vlahovic wants to finish his season at Fiorentina before deciding on his future in the summer. Arsenal's wait for him in the summer will be tricky given the numerous elite European clubs that have already been linked with him. 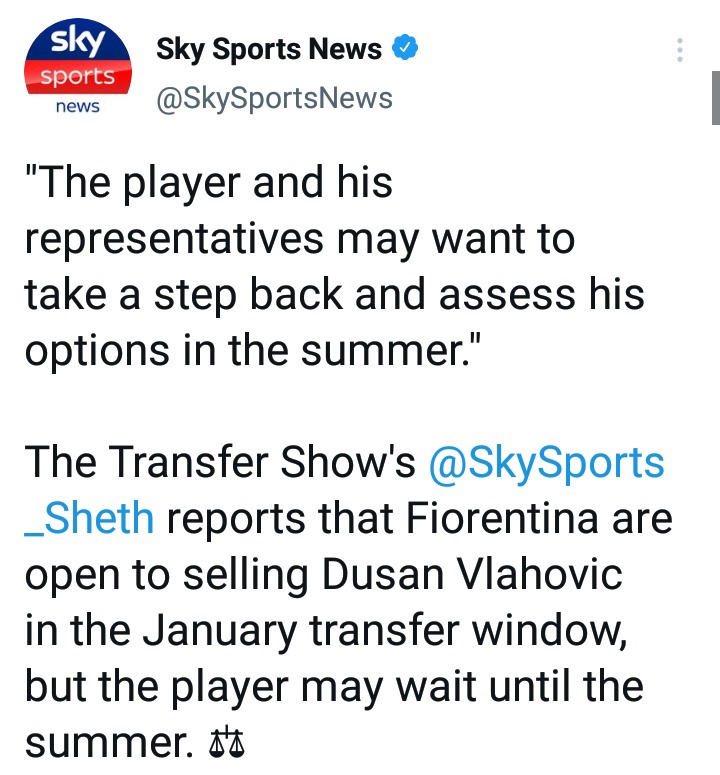 Lille's David could thus be an excellent replacement for the elusive Vlahovic, as he is significantly less expensive and, like Vlahovic, has been in excellent form this season. 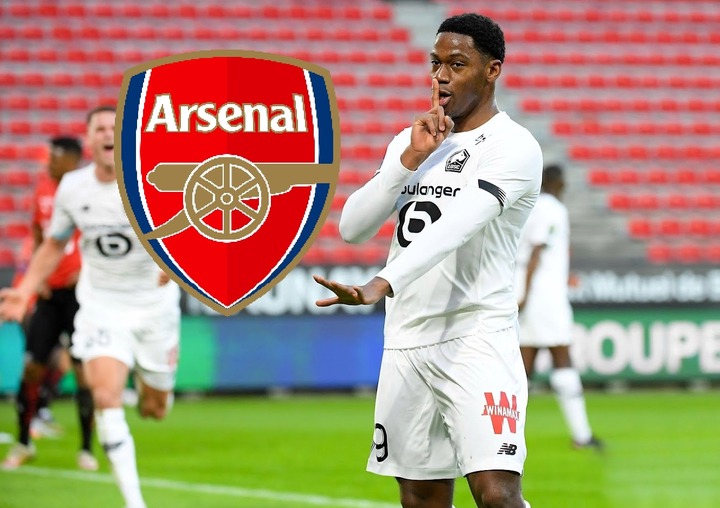 Jonathan David has 16 goals in 28 appearances for Lille this season. Many believe he is finally producing at the level that his £26 million transfer from Club Brugge was intended for. Some Arsenal fans are hoping they sign Vlahovic, but if he is not signed, David could be an excellent alternative.