By TAFITINEWS (self media writer) | 1 month ago

Barcelona halted a slide of five successive winless UEFA Champions League games, as they dispatched Dynamo Kyiv by the slenderest of margins to belatedly kick-start their bid for a sixth European crown. 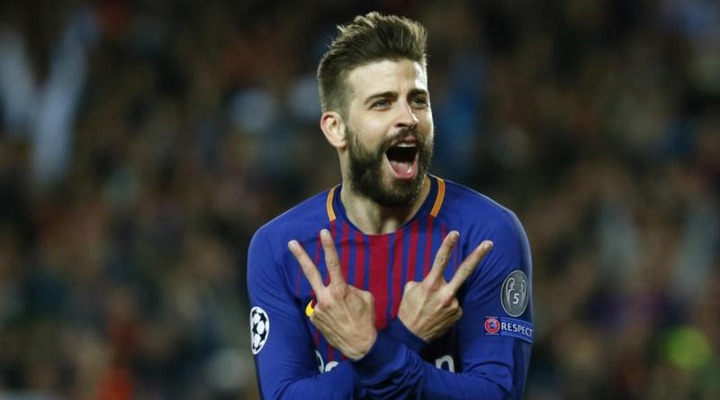 A faltering start to their UEFA Champions League campaign saw Barcelona propping up Group E at the start of play, but the prospect of back-to-back games with Dynamo Kyiv offered the Spanish giants a route out of their rut. As such, Barca wasted no time in asserting their authority on proceedings, and Ronald Koeman’s side should have opened the scoring inside five minutes, but Sergiño Dest bulleted a header over the bar from Jordi Alba’s wicked cross.

Despite Barca’s dip in form, they still retain some of the world’s best players, and that seemingly didn’t register with Kyiv, who insisted on playing out from the back. They were almost punished for that approach, when Heorhiy Bushchan’s slack pass found Luuk de Jong, but the Kyiv stopper redeemed himself with a flying one-handed save.

Barca’s maiden Champions League goal of 2021/22 finally arrived after over three hours of football, and it came via the most unlikely of sources in Gerard Piqué, who met another teasing Alba cross to fire home his first Champions League strike in just under a year. A near-miss in the first half didn’t deter Bushchan from being the base of Kyiv’s attacks, and this time it was Ansu Fati who robbed him of possession in his own box, and mocked the keeper with keep-ups in the six-yard box before acrobatically volleying wide.

This victory provides Barca with a much needed boost ahead of this weekend’s 'El Clásico', and also arrests their slide at the Camp Nou, having lost their last three European home matches before tonight, for their worst-ever losing home run on the continent. As for Kyiv, their mountainous task to escape from Group E seemingly hinges on them claiming a result in the reverse fixture in a fortnight's time.