After Kahata's departure, Onyango has raised fears to the Simba SC bosses

By JacobTZ (self meida writer) | 11 days 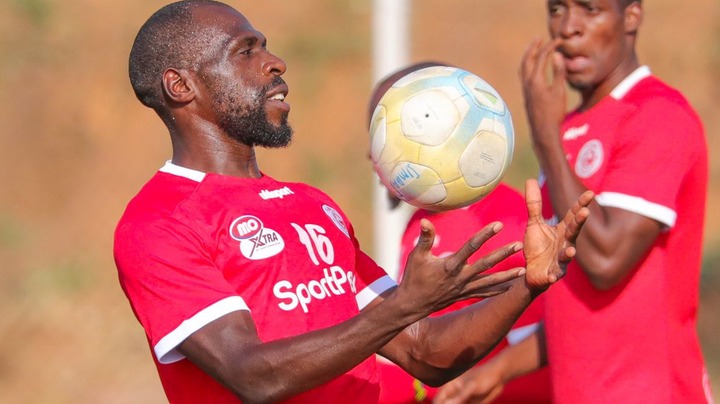 THINGS are hot on the streets of Msimbazi. While Simba SC has continued to extend the contracts of its stars including goalkeeper, Beno Kakolanya who signed a two-year contract, the issue of rock defender, Joash Onyango, has intensified. Onyango, also known as the ‘Half Man Half Iron’, due to his prowess at work, has shocked his bosses following rumors of a move to South Africa's Orlando Pirates.

As a result, the Simba leadership has convened and held a silent session to discuss Onyango's issue and the decisions they have agreed not to sell him but to give him a new contract. Reports from within Simba, indicate that the Chief Executive, Barbara Gonzalez has already informed Onyango via (Email), along with his agent based in Kenya about their intentions.

"We have already informed Onyango and his agent via email that we need to extend his new two-year contract which will start immediately after the current one expires," she said.

"The original contract was for two years which will expire at the end of next season but due to the excellent performance shown by Onyango we have decided to give him another two-year term which will expire in 2024," she said.

"We have done so due to the team needing his contribution but if there are those who will be looking for his services we can talk to them while he has another Simba contract."

Onyango was signed by Simba this season on a two-year deal from Gor Mahia of Kenya but his signing sparked tensions between the club's management, with some demanding a long-term contract and others seeking a short-term contract believing he was too old.

That led to the player signing a contract that was different from the previous interest agreement but he may now go to earn significant money due to the quality he showed with another offer in hand.

Content created and supplied by: JacobTZ (via Opera News )

Alaaa: Anerlisa Muigai Flaunts Herself Doing Dishes, Gushes Over It ' I Love To Cook And Clean'