"Never Bench Our Beast Again, Play Him As A Striker" Arsenal Fans Praise Star After Scoring 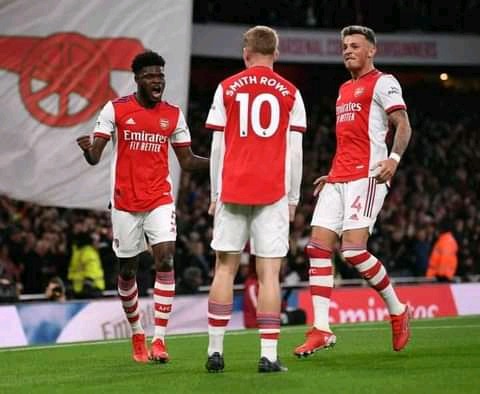 Arsenal hosted Aston Villa at Emirates optimistic to register a positive result and end their three match losing streak against their opponents. The Gunners dominated the ball possession and counter attacks with Thomas Partey opening the scoring in the 23rd minute after a clever assist from Emile Smith Rowe to score his first Arsenal goal in the 40th appearance for the club. Partey has registered 49 attempts on target for Arsenal and finally ended his goal drought after shining for his National team Ghana where he scored two goals. 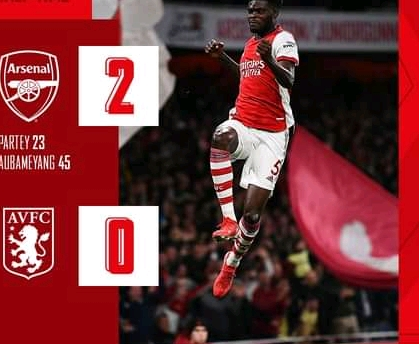 Arsenal second goal was scored by Captain Aubameyang at the stroke of halftime through a penalty rebound to gift The Gunners a 2-0 lead at halftime. Arteta started Thomas Partey as central Midfielder alongside Emile Smith Rowe and Sambi Lokonga while the attack comprised of Lacazette, Aubameyang and Saka who wildly celebrated Partey goal. 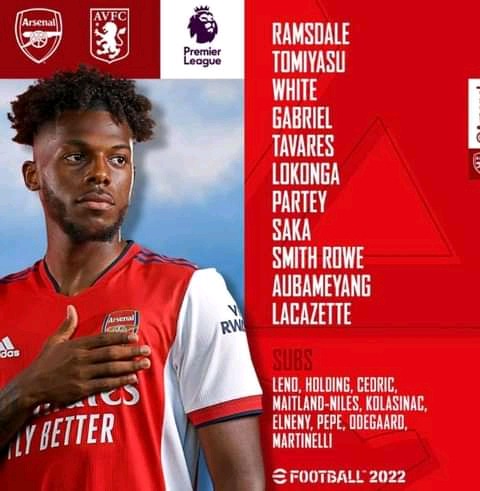 The Gunners dominated both ball possesion and counter attacks with Aston Villa being shown 3 yellow cards due to indiscipline through Watkins, Tyronne Mings and McGinn. Arsenal fans were happy, impressed and praised Thomas Partey performance in the first half as he gifted the hosts 1-0 lead at the break. Arsenal fans urged Arteta to never bench Partey again as he is a football beast and should be played as a striker due to hos attacking prowese and shooting skills. 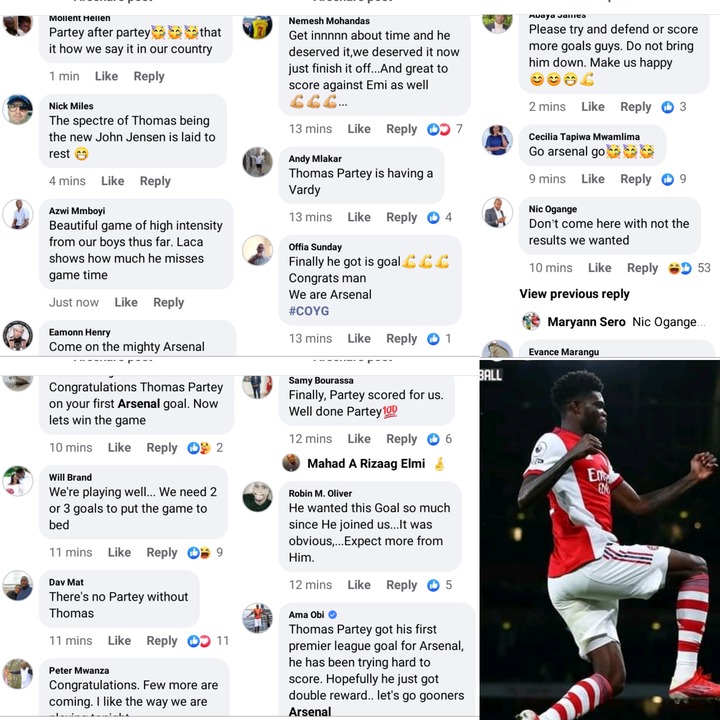 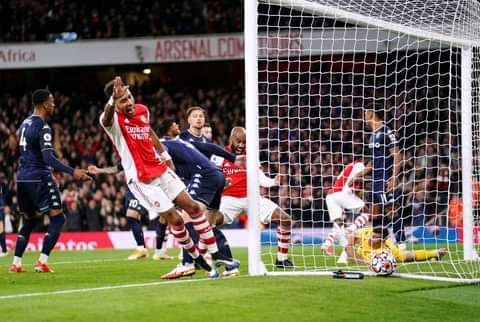 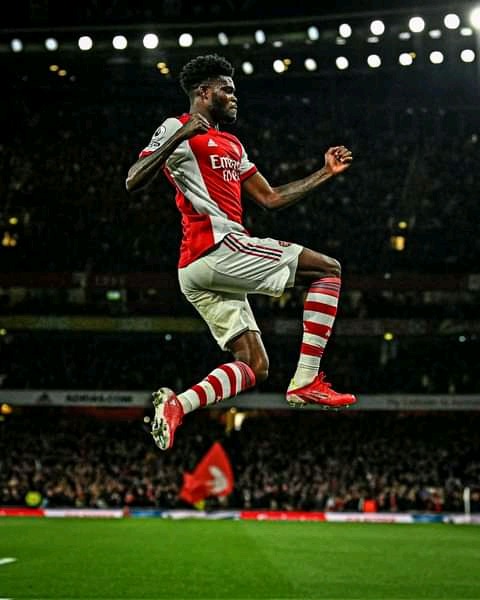