A good goal count looks a safer play than Bohemians to win at similar odds for Friday’s Premier Division clash with Sligo Rovers – although both could well come in if this match goes to form.

Bohs are right up there with the most potent teams in the table over the last six games, but only the bottom two clubs have conceded more goals than them across that span too. A record of only two home wins from their first seven at Dalymount Park hardly makes you want to back them at even money for this – even if Sligo will arrive having lost three of their last four on the road.

Recent fan unrest at the Bit O’Red’s inconsistent form is probably down to knowing this team can be devastating going forward, but also lack elements in defence that would have secured more points. Their 1-0 home defeat to Bohemians last month is one such example as Rovers failed to stop a counter attack that began well inside opposition territory that resulted in Liam Burt’s winner.

It was a game that, from viewing the highlights, could easily have finished 3-3 as both goalkeepers made crucial stops as each team created chances in their own style. We’ll take that as an indication that this Friday’s clash will have some goals and believe the odds on over 2.5 are worth playing.

At least three goals have been scored in Bohemians’ last four home league games and also in five of Sligo Rovers’ last six away league games. A 2-1 home win might just have the best chance of landing a smaller stake wager on the correct score markets as Bohs average greater than 1.5 goals per game at home this term and Sligo have shipped at least two in four of their last five away trips. 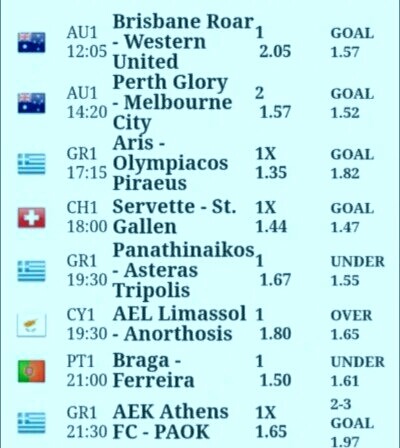