By SirDrankurd (self media writer) | 1 month ago

It's a devastating day for all Manchester United supporters and the club after conceding 5 goals from Liverpool without scoring any goal. Liverpool showed them a huge difference in the first half of the match -the most goals ever conceded by United on the first half in a derby. 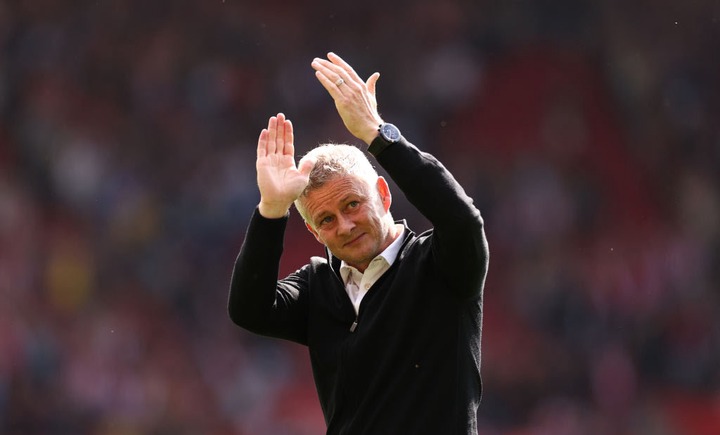 United's performance annoyed most supporters who attended the occasion and some of them could be seen leaving the stadium after the red card on Paul Pogba. A number of fans grieved in various social media platform even before the end of the match pushing the club to sack the manager for his poor decision in arranging the squad.

With another poor performance today after loosing to Leicester last weekend, United’s board may be patient with the manager hoping for a better results in their next match against Tottenham to spare them a decision that the fans are pushing. However, with the pressure mounting so high, Ole Gunnar may be serving his last era at Old Trafford despite the high expense of sacking him.

The board's decision to dismiss Solskjaer and his staff may cost United around £10 million. In 2019, Metro reported that Ole Gunnar had signed into his contract that a severance bonus would be restricted at £7 million for him, a figure which was reflective of his annual salary by then. On the past summer Ole Gunnar signed a new contract of a 3 year deal extension at Old Trafford at a cost of £8.3 million annually. So the team will be looking at a figure in this margin to pay Ole if he is sacked, and that will not be the end of the story. His coaches' futures will be uncertain, Mike Phelan will probably follow him.

Good News To All Widows After Government Announces Free Loans

Just In: TSC Embarks On Clearing Its House To Uproot Ghost Teachers

Opinion:Why nurses salaries should be increased.

How much do matatus owners earn in Kenya?