By 360SportsTalk (self media writer) | 2 months ago

Miroslav Klose presently holds the World Cup record for most goals scored with 16 goals. The German legend's record is up for grabs because he last participated in the competition in 2014. Christiano Ronaldo, one of the best football players of all time, is ranked second with 15 goals. Thomas Muller, who has 10 goals, is the only active player who is close to the record. To tie the record and break it, Christiano needs to score one goal each. If Christiano breaks the record, it might remain unbroken for a long time.

2. In Most appearances, Messi and Ronaldo

Messi and Ronaldo will join the elite group of Rafael Marquez, Lothar Matthaus, and Antonio Carbajal by competing in their fifth World Cup. In terms of football, the two players have dominated for the past 20 years. Christiano Ronaldo has made 17 appearances for Argentina, compared to Lionel Messi's 19. Lothar Matthaus, who has made 25 outings, currently holds the record for most appearances. The only player to break the record during this tournament would be Lionel Messi. A winning World Cup squad competes in seven games. It is a difficult record because there were three group-stage games and four knockout games. As a result, Messi needs to win all seven games to break the tie. In essence, he must advance to the Finals or Semifinals. If he breaks the record he will also break the most appearances for Argentina by overtaking Diego Maradona who has 21.

Pele, the legendary Brazilian player, owns the record for the most World Cup assists with 10, while Lionel Messi had five. In the 2022-23 season, however, Messi has 10 assists in 13 matches in the French League 1. Lionel Messi could also walk away with this record as he has skilled teammates such as Lautaro Martinez, Angel Di Maria, and  Angel Correa. 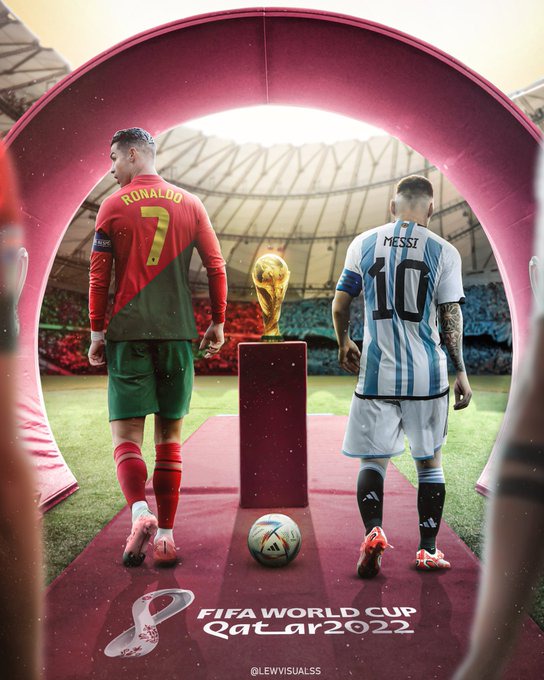 Content created and supplied by: 360SportsTalk (via Opera News )