By 254SportsAnalystGoddy (self media writer) | 19 days ago 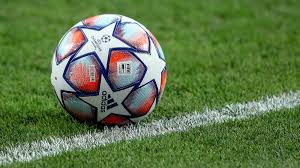 Young Boys enjoyed a memorable night when edging out Manchester United on home turf but were aided by Aaron Wan-Bissaka’s early dismissal and they are still rated outsiders to qualify from Group F.

Atalanta adopted a positive approach to their entertaining 2-2 draw at Villarreal and the quarter-finalists from two seasons ago have since hit form in Serie A, following up back-to-back wins over Salernitana and Sassuolo by drawing away to Inter. La Dea should have far too much attacking firepower here.

However, the Russia forward has since made amends with three goals in two domestic triumphs over Rubin and Kryliya Sovetov, which put Zenit four points clear at the top of the table. Malmo were worryingly open at the back when going down 3-0 to Juventus in Sweden and look in too deep at this level.

Salzburg have finished third in a couple of tough groups over the past two seasons and will be hoping to achieve at least one position better in a more manageable pool this time around. RB earned three penalties when visiting Sevilla a fortnight ago but missed two of them in a 1-1 stalemate.

However, that overall performance and a perfect nine-from-nine record in Austria’s Bundesliga so far makes them worth sticking with against a Lille outfit which is only mid-table in Ligue 1 at the moment.

4)Wolfsburg and Sevilla to draw.

The Wolves started the season brightly but have just faltered of late. Drawing 0-0 at Lille was no disgrace after John Brooks was sent off on 62 minutes, but that was a pretty tepid affair.

Wolfsburg have since shared the spoils with Eintracht Frankfurt on home turf in the Bundesliga before being beaten 3-1 at Hoffenheim, so Mark van Bommel may settle for another steady stalemate. Sevilla are in better spirits following La Liga wins over Valencia and Espanyol but have drawn their last couple of away games in Spain and are often cautious on the road in Europe.

The 2020 European champions began this season’s campaign in spectacular fashion when romping to a 3-0 victory over Barcelona at Camp Nou. Robert Lewandowski added a double after Thomas Muller’s opener and Bayern could have easily scored a couple more in a totally dominant display.

The goals have also been flowing on the domestic front, with 37 netted in seven straight wins in all competitions. Dynamo’s 0-0 draw with Benfica was far more open than the scoreline suggests and we expect lots of action in Munich.