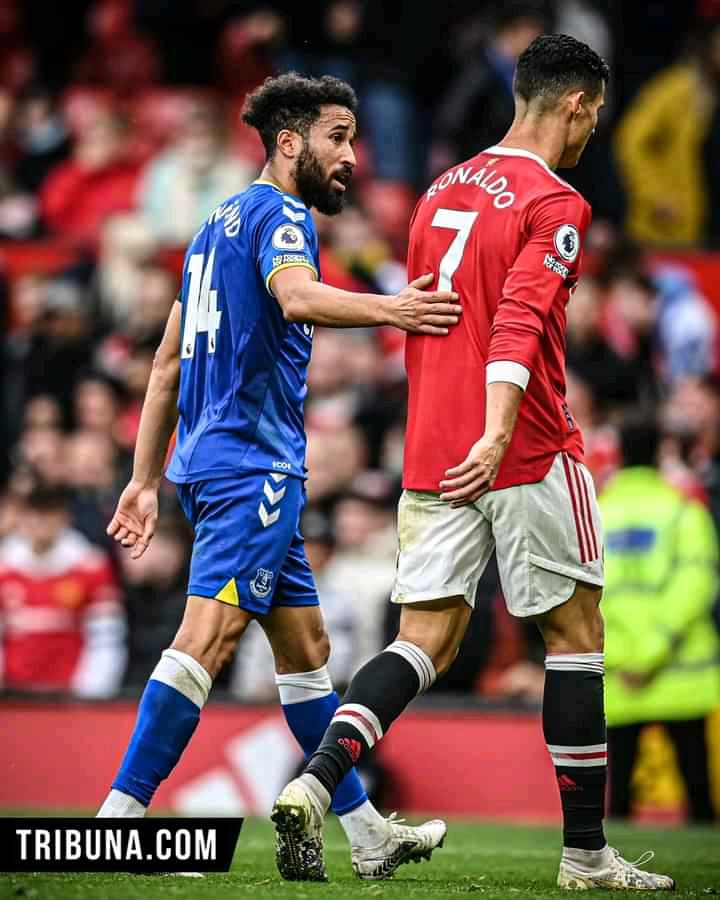 Manchester United continued their poor run of perfomances at home yesterday after failing to get past Everton. The red devils took the lead in the first half with French striker Anthony Martial on the scoresheet. The player had earlier been heavily criticized with most fans terming him as lazy.

However,he managed to silence all his critics yesterday. However, United's lead never took long after the Toffees started a quick counterattack that ended in a goal. Former Crystal Palace's attacker,Andros Townsend was the one who slot the ball past David Degea. 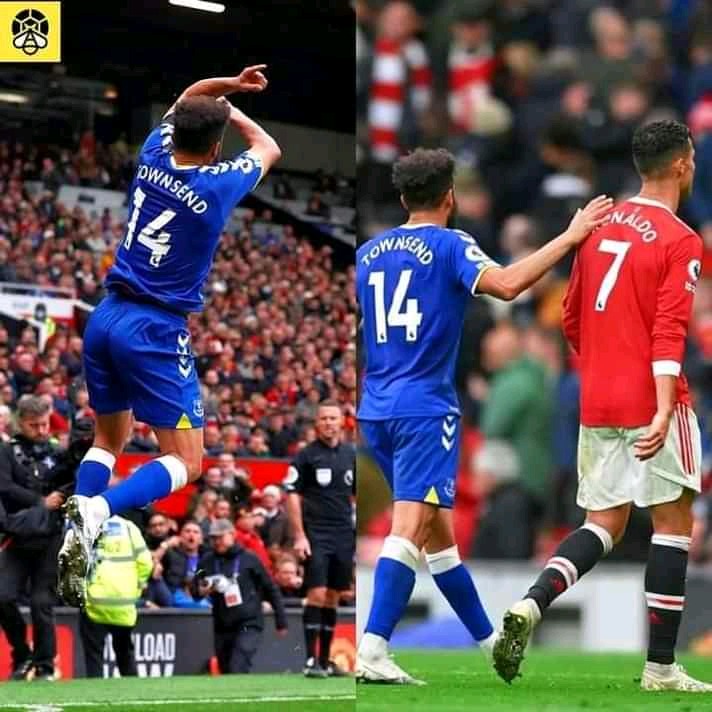 To the surprise of the thousands of fans at Old Trafford, the player went on to emulate Cristiano Ronaldo's celebration. This was taken differently by fans as most of United fans thought it was mockery.

However, it later got revealed that Townsend is a great fan of Cristiano Ronaldo. This is after he received Ronaldo's jersey after the match. He later posted in his social media platforms a caption stating that ' nothing but respect for the greatest of all time'. 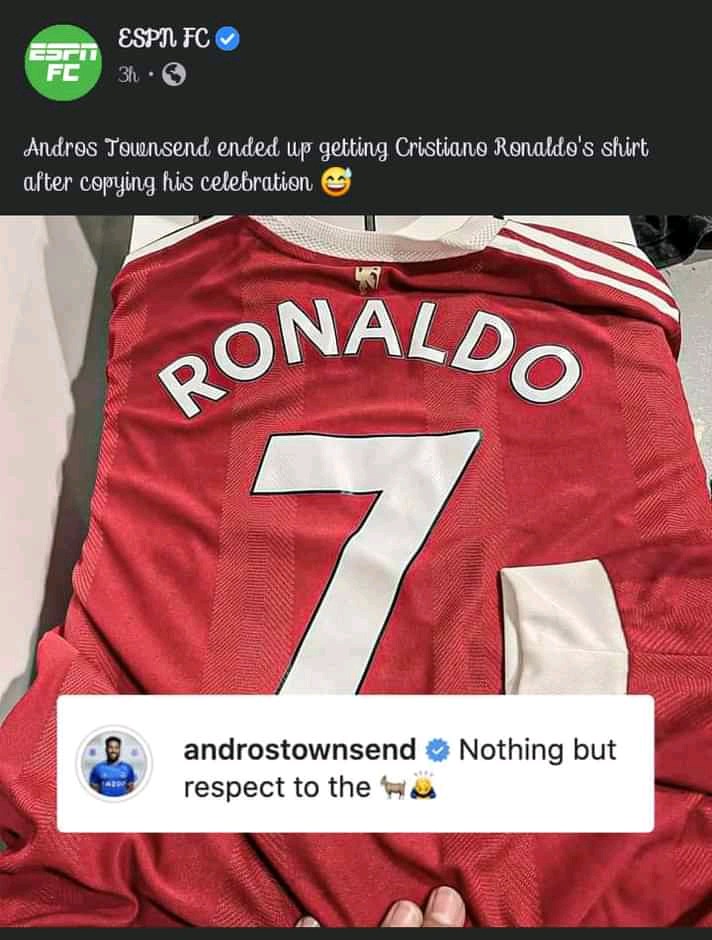