By GhostNews.Com (self meida writer) | 27 days

Ole Gunnar Solskjaer will be looking to add more attacking forces to his Manchester United side when the summer transfer window will be officially opened.

Several players have been linked to Old Trafford, but some of them have been valued at a price that the Manchester United board won't part with to sign them.

Jadon Sancho and Jack Grealish have been the top targets for Ole Gunnar Solskjaer for a long time now, with the two players touted to move to Old Trafford in the previous summer transfer window. 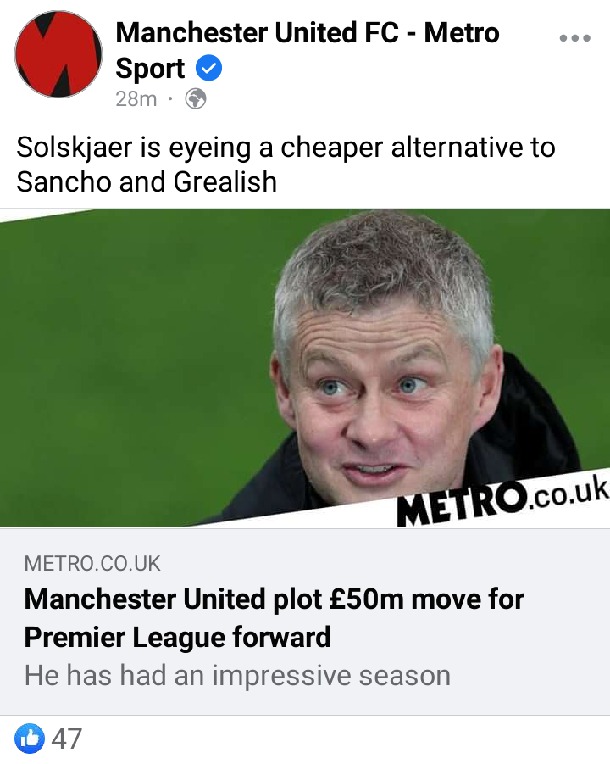 However, Jadon Sancho did not get the move because of the £100 million valuation which kept United back from any proceedings.

The Aston Villa captain was also linked to Old Trafford, his intentions were not to leave his boyhood club which made him sign a new long term deal with them. He is currently valued at £80 million and Manchester City are targeting him.

This has left Manchester United looking for other options in top English Premier League forwards. According to the Sun and Manchester Evening News reports, Solskjaer is targeting Wolves star player Pedro Neto.

Neto is valued at £50 million which is a cheaper alternative to both Sancho and Jack Grealish who are overpriced. Neto has established himself as a top forward in the Premier League which has made him a top target for top clubs.

Manchester United will try Wolves patience by offering them a lucrative deal to reunite the Portuguese international with Bruno Fernandez at Old Trafford.

Will this be a good deal for the Red Devils?

Jones Khaligraph Promises To Campaign For Ruto But In One Condition

Why The Country Might Remain Unopened Even In Next Month

Embarambamba Reveals Why he Quit his Business as Kenyans React