Manchester United Issues Statement After Ronaldo Said This In an Interview

Manchester United club have noted the media coverage regarding an interview by Cristiano Ronaldo.

The club said that it will consider its response after the full facts have been established accordingly.

'Our focus remains on preparing for the second half of the season and continuing the momentum, belief and togetherness being built among the players, manager, staff, and fans.' the statement read. 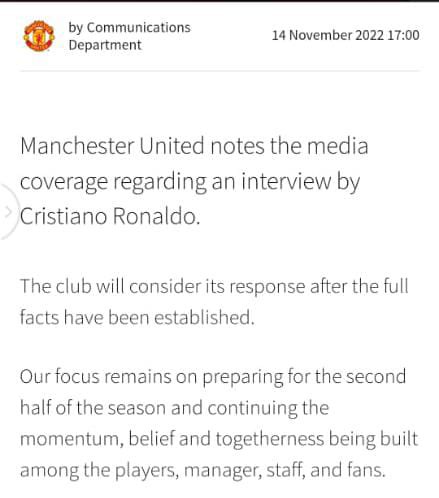 Man Utd management team and players don't understand why Cristiano Ronaldo has said what he said. They are hugely disappointed that he would disrespect the club, his manager and teammates in such a way. This comes after Cristiano Ronaldo criticized Manchester United saying the club had made no progress since the time of Sir Alex Ferguson in an interview with Piers Morgan.

Cristiano Ronaldo: "Since Sir Alex left, I saw no evolution in the club. Nothing had changed. He knows better than anybody that the club is not on the path they deserve to be. He knows. Everyone knows". 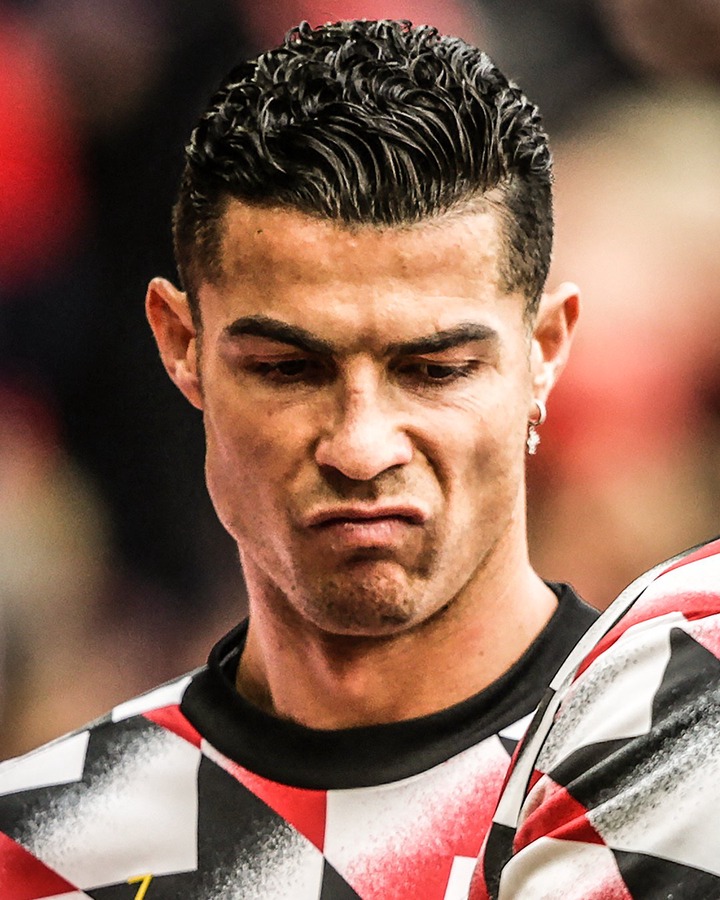 Thanks for reading this article. Kindly follow this account for updates on sports, politics and local trending news. Do you think it's time for Ronaldo to leave the club?