' You Are Too Big for This Team ', Fans Tell Raila After Arsenal's Win 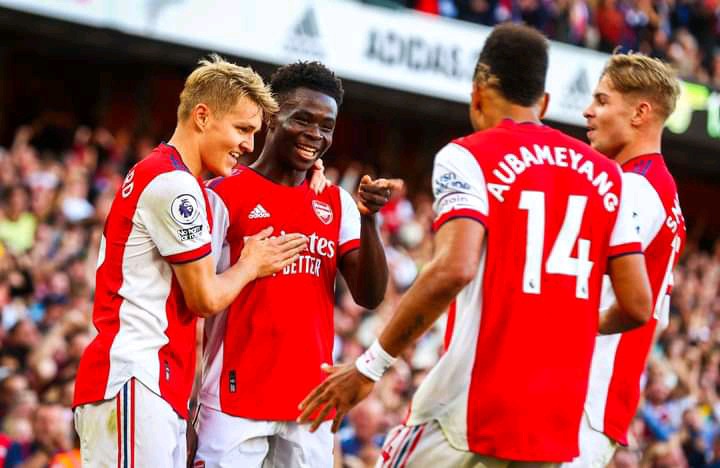 Smith Rowe netted the first goal after a clever play by Saka to provide an incredible assist for Rowe to direct it into an empty net. 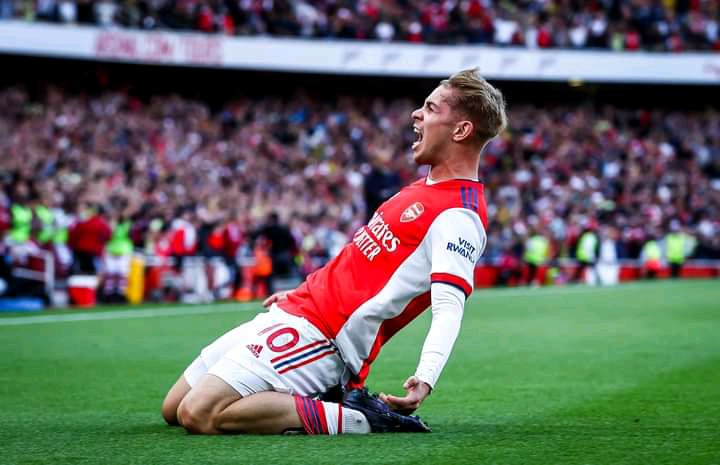 The second goal came less than 10 minutes later as captain Pierre Aubameyang netted after a successful quick counter attack made by the Gunners found Spurs out of play. Consequently, Auba went ahead to make a duplicate of Thiery Henry's sliding celebration in front of the Gunner's legend who was in attendance. 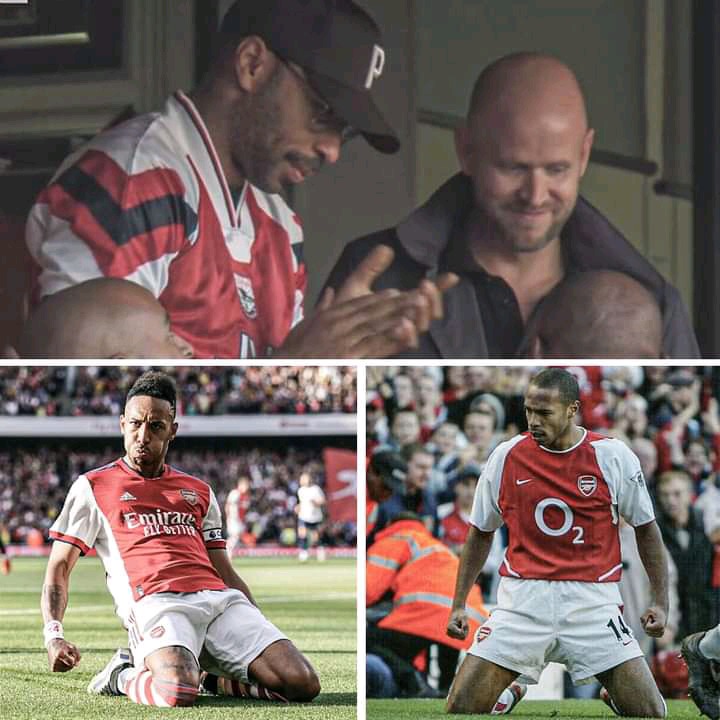 Saka's brilliant breakthrough that saw him go past several slides made by Spur's defenders with no success, recorded a goal for the England wonderkid and a third one for the Gunners, also scored in first half. 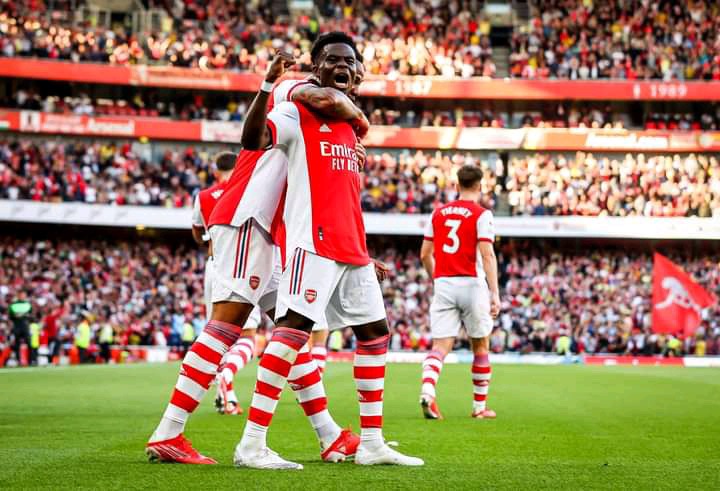 Worldwide Arsenal fans have gone wild and took on social media platforms to express their immense pleasure after the win against Spurs in an earlier predicted hard game. Making them more jovial is the fact that both Chelsea and Manchester United lost their matches on Saturday. 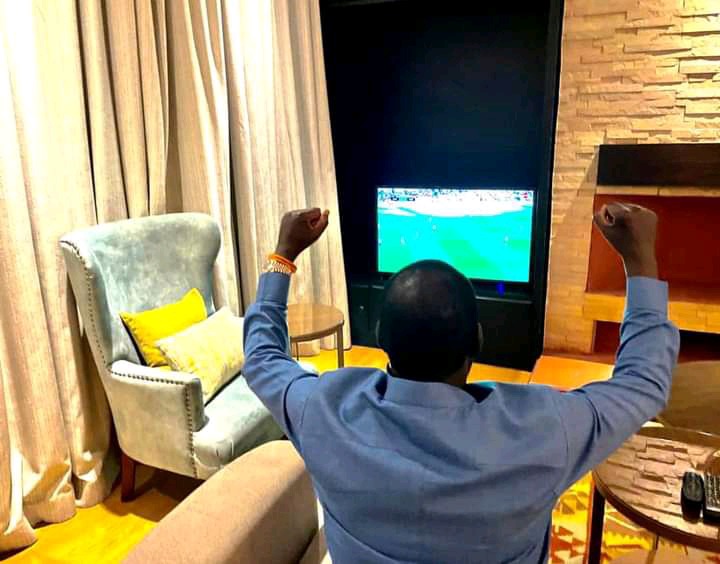 Raila Amolo Odinga, a prominent Kenyan politician who enjoys the support of many Kenyans in politics could neither hide his joy. In his FB account, Baba posted a picture of him celebrating Arsenal performance as he watched live action. 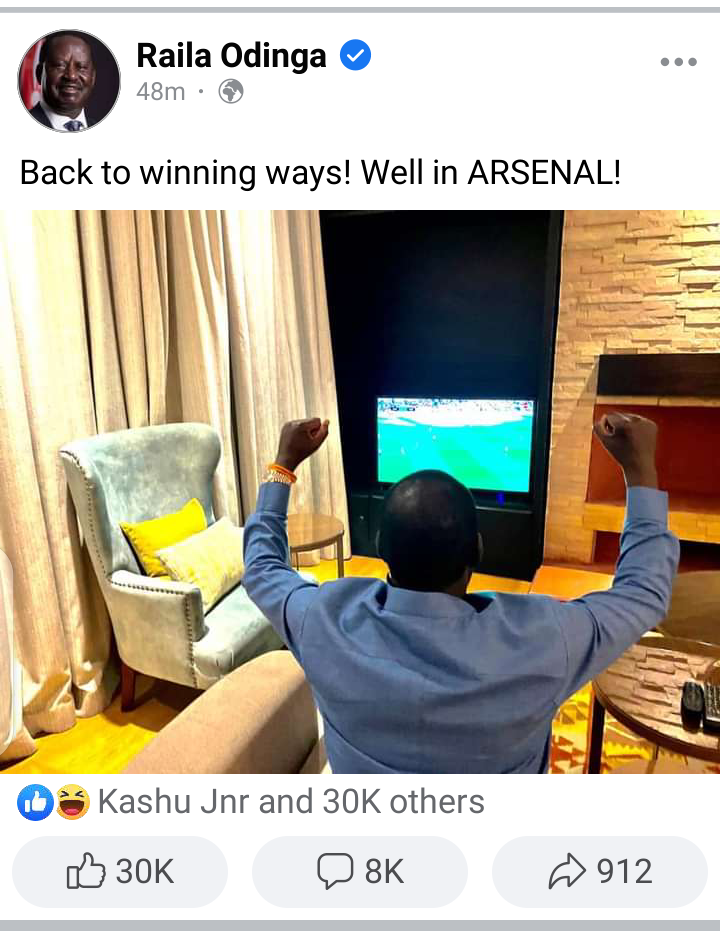 In reception of his post, some fans slummed Baba while others, who are Arsenal fans backed him up. " You are too big for Arsenal, cross the borders and join Manchester United", one fan commented. 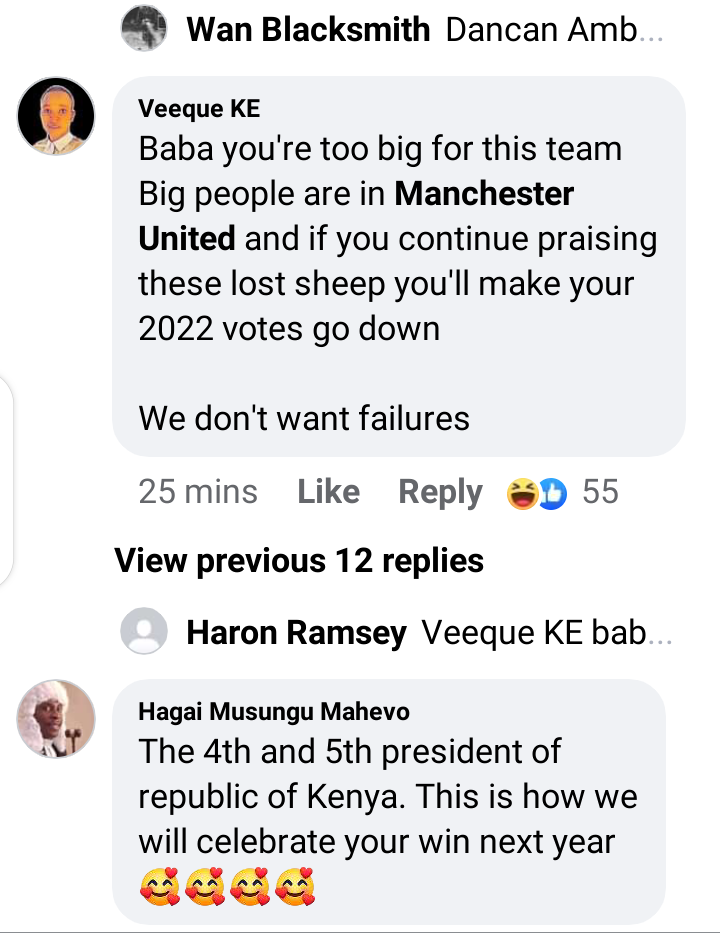 Other fans created some drama out of Raila's screen size. Probably, the photo shooter was in some distance away hence minimizing the size of the screen. " Let's buy Baba a 55' TV, when he is happy, Kenya is happy," another fan dropped his comment. 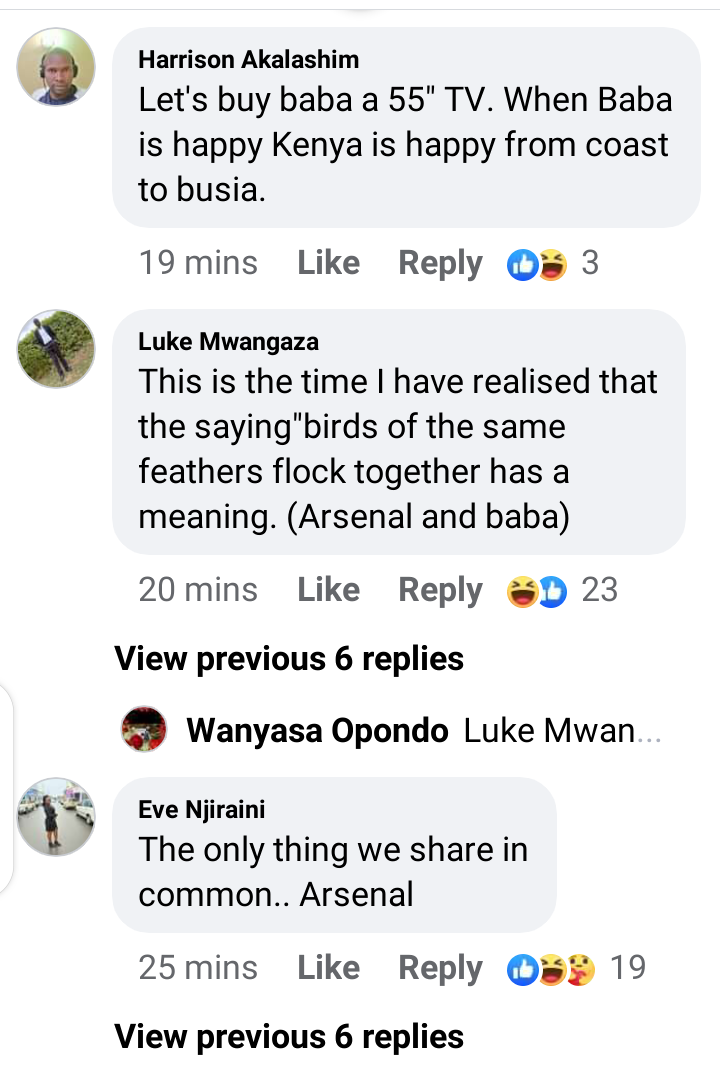 Below are more comments on Baba's Arsenal celebration post. (screenshots) Feel free to drop your comment too. 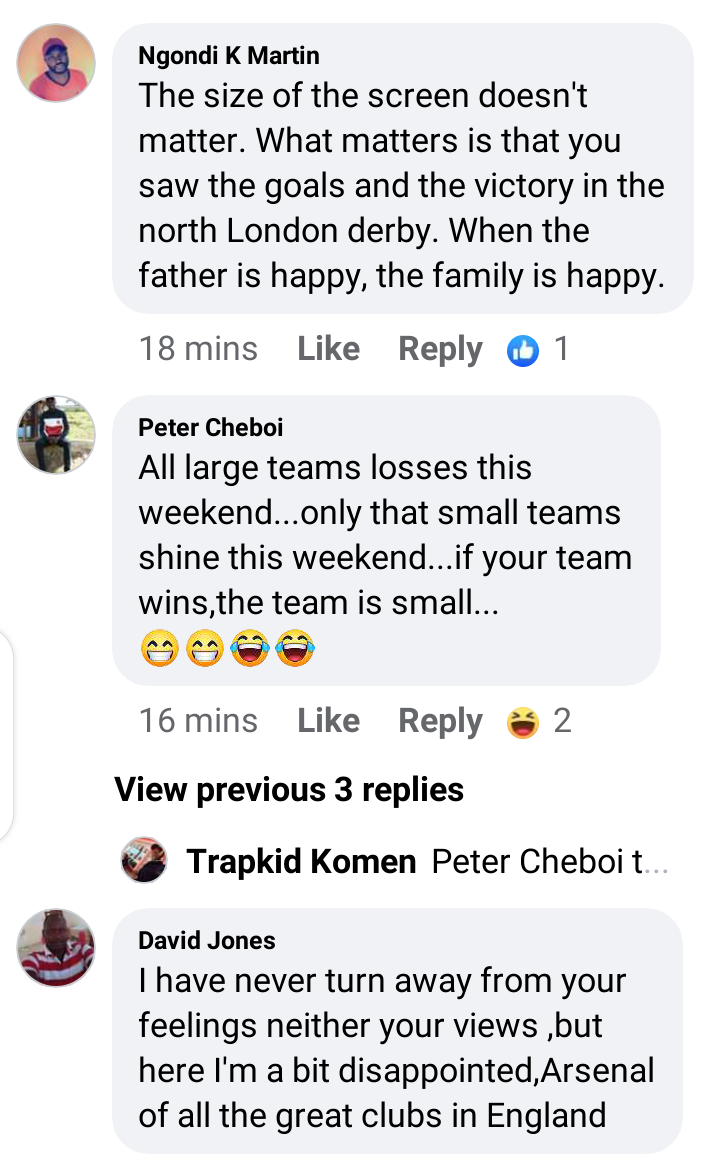 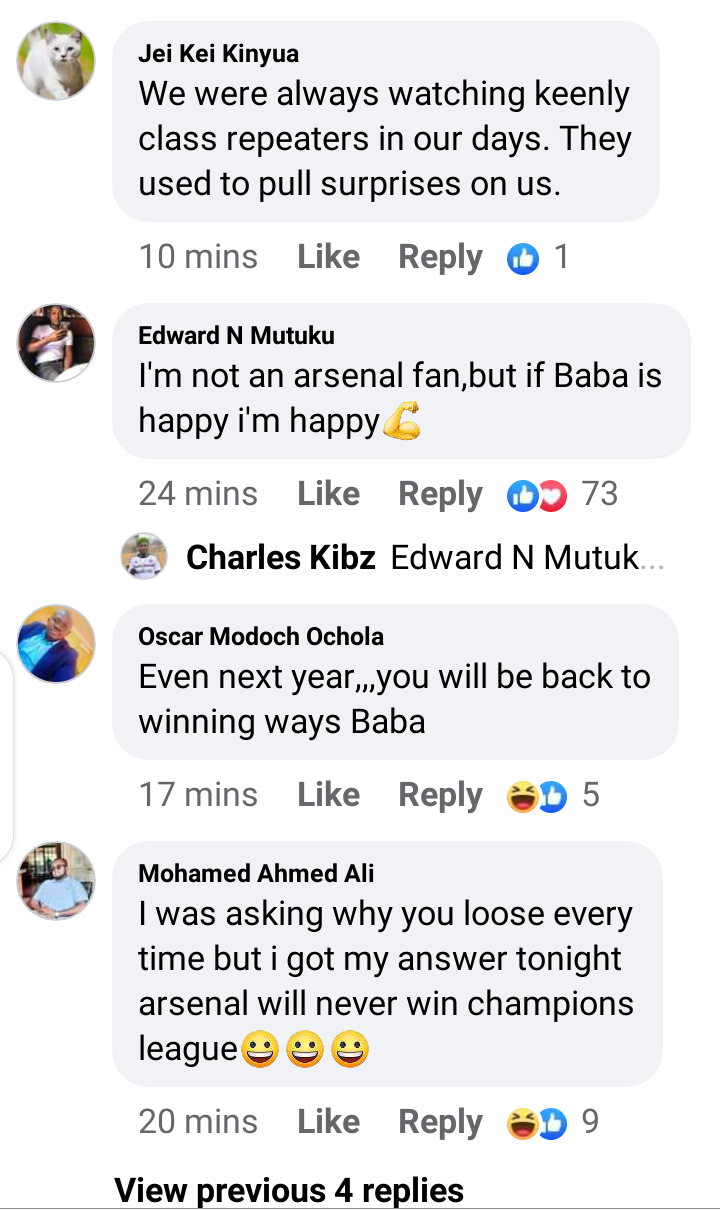 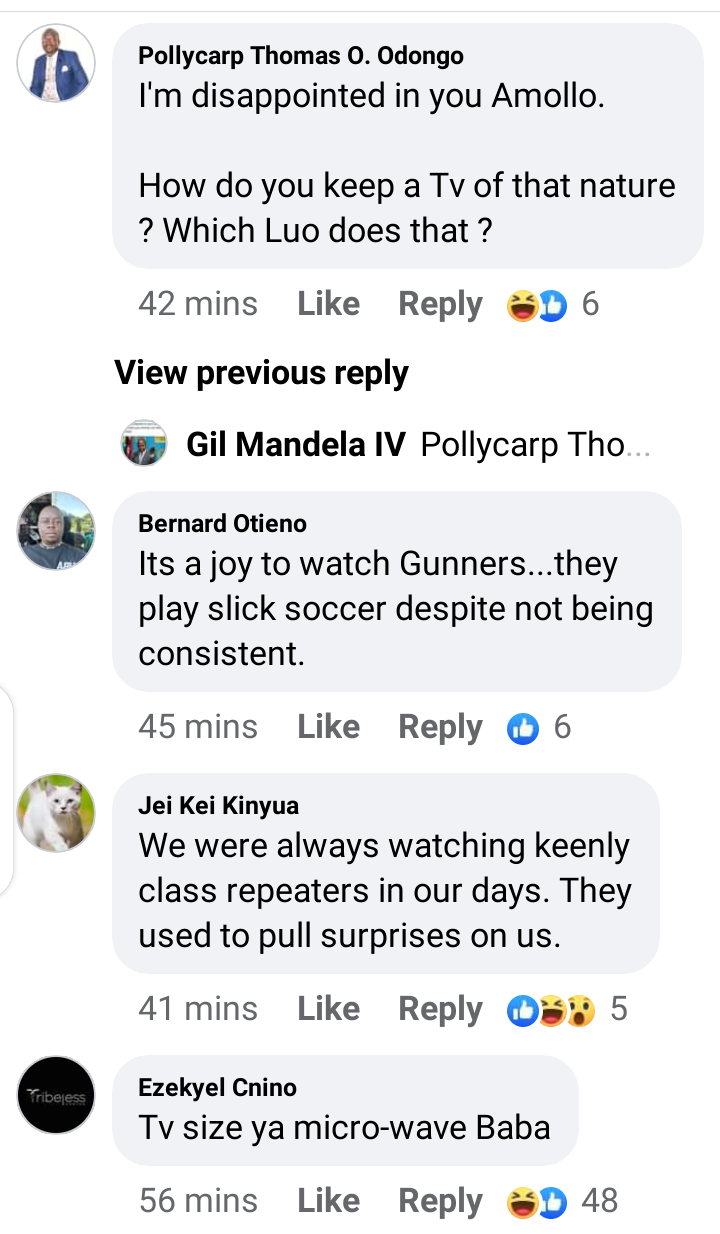 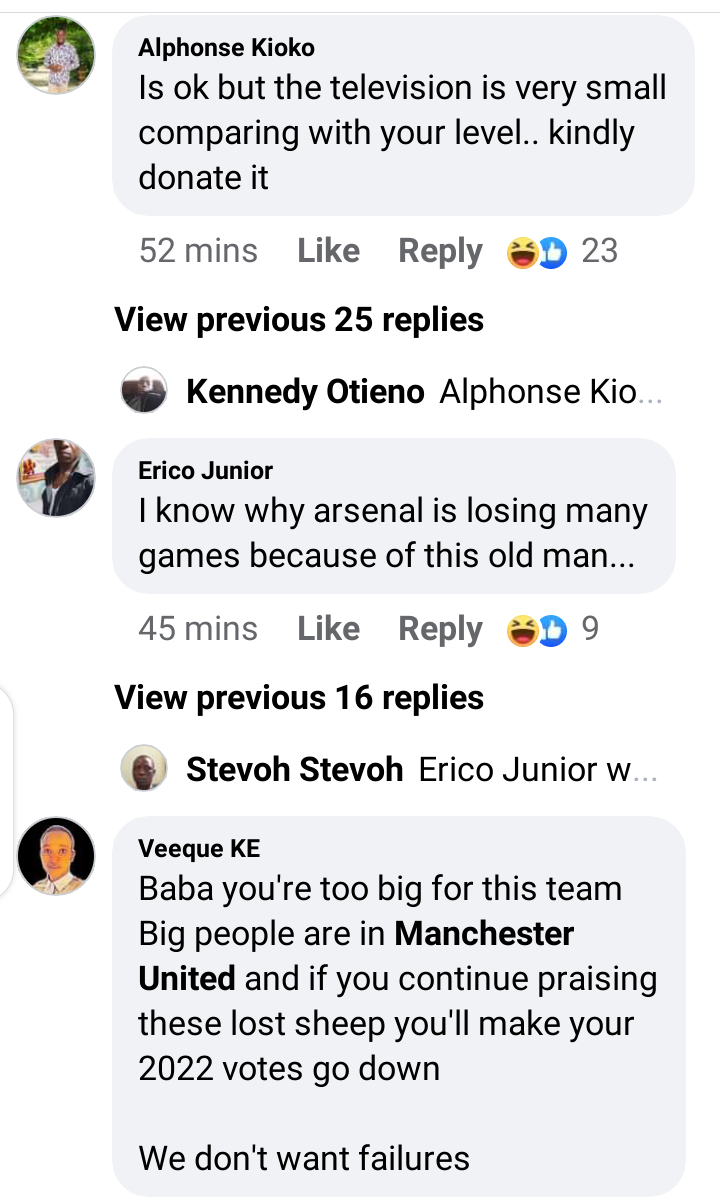 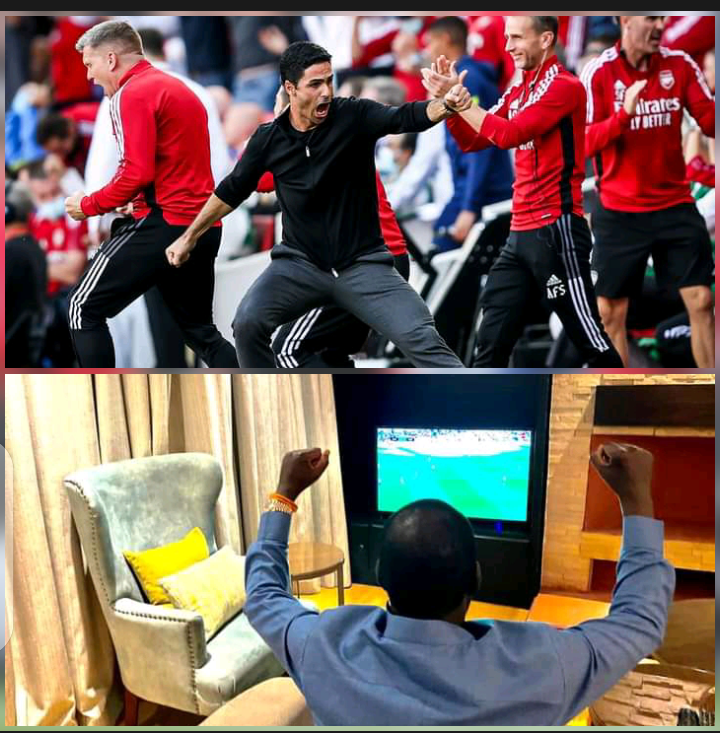 Narok County Gubernatorial Race: The race is likely going to be tough between these two candidates.

The most innovative ways trees have evolved to survive dry climate