By SmokyTrends (self media writer) | 1 month ago 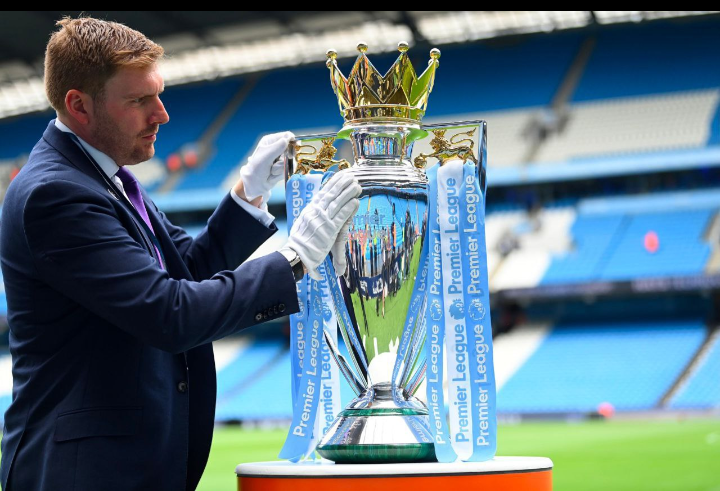 The male European football association finally came to an end on Sunday 22nd of may 2022. Each league has now ceased from progress after home and away total rematch which defined the best team in each league, best coach and player's of the season who were rewarded heavily for their smart work from the field.

EPL race to present the best team, manager and Player's in conclusion, came to an end on Sunday evening. Manchester City secured their second title conservativly under Pep followed by Liverpool, Chelsea, Tottenham and Arsenal in that order. 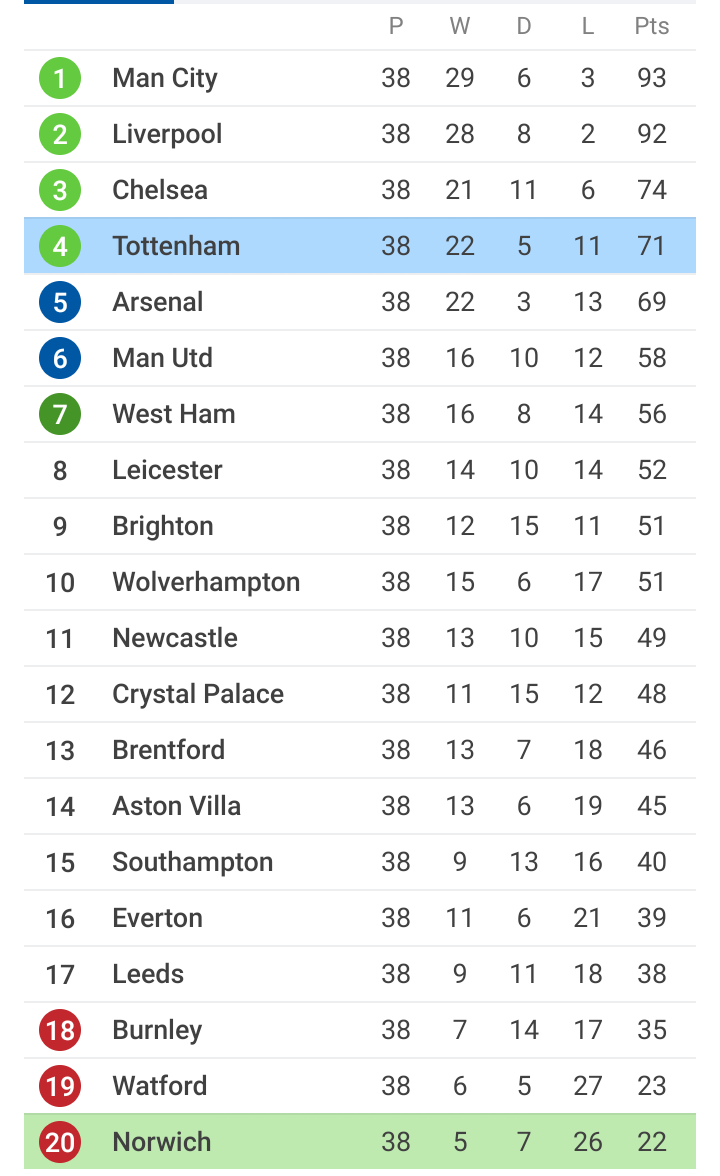 EPL had hosted several clashes of the day. Where the winning team had a victory of 3-2 full time, Arsena 5-1 and Liverpool 3-1. Study the table below. 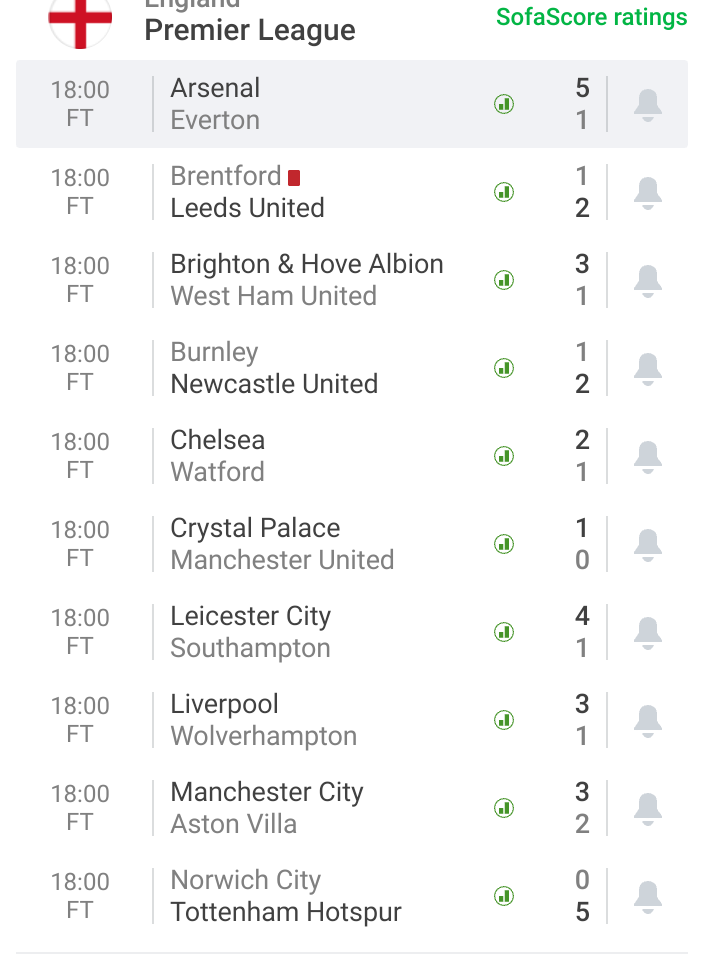 2. Serie A League From Italy

The title leaders in this league are Milan dominating with 86 points followed by Inter Milan with 84 points just a difference of 2 points and several goals. Napoli, Juventus, and Lazio close the top 5 list in The table. 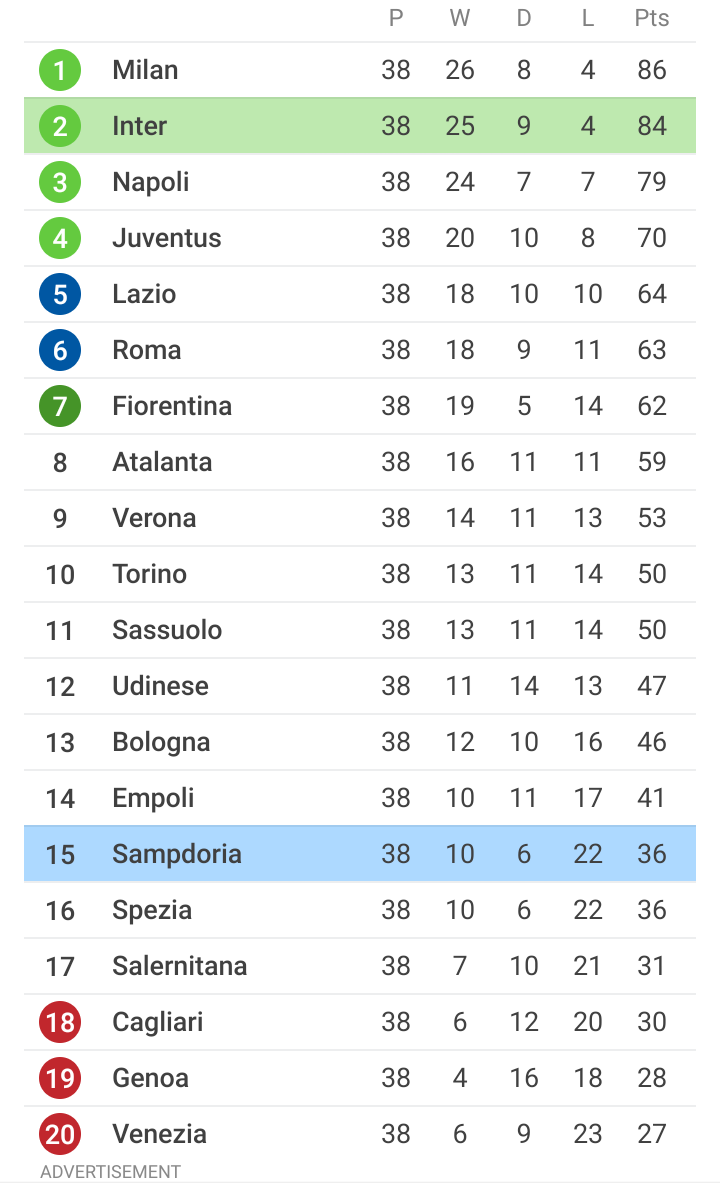 Before the league winners were gowned the reward of the season, they had a task against Sassuolo which ended full time 0-3 winning in great numbers. 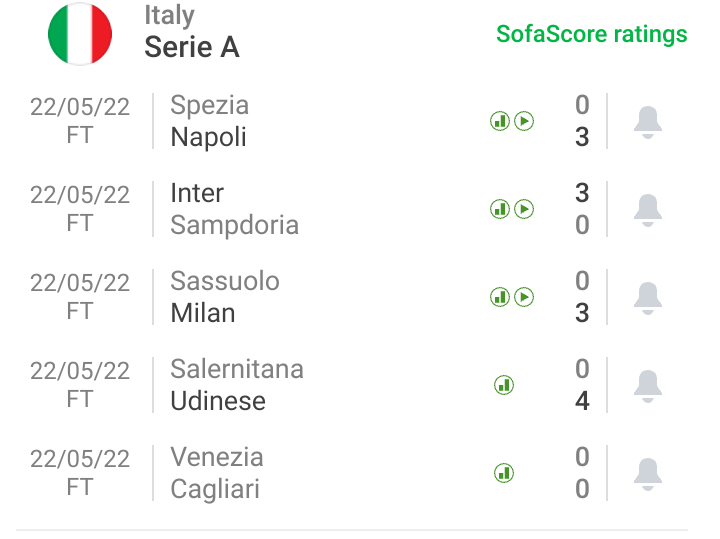 The league had it's recordings to their book's of history in the 2021/22 Season as it's described below. Real Madrid lead the league with a great margin from the second club.

Madrid had recorded 86 points followed from a distance by Barcelona with 73 points. Atletico Madrid, Sevilla and Betis closes the list of top 5. 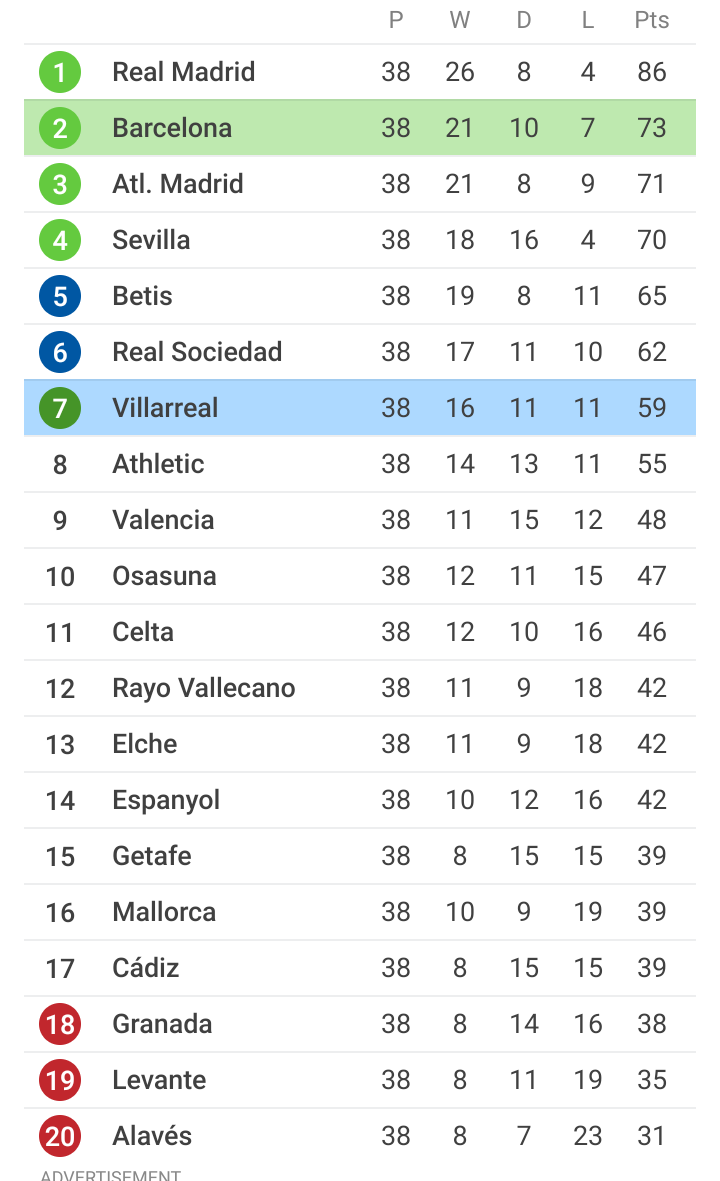 Several team's had hosted final matches to conclude the season. Villarreal won 0-2 over Barcelona and Sevilla won 1-0 full time. Please take your time to go through the Table below as it displays clarity in recordings. 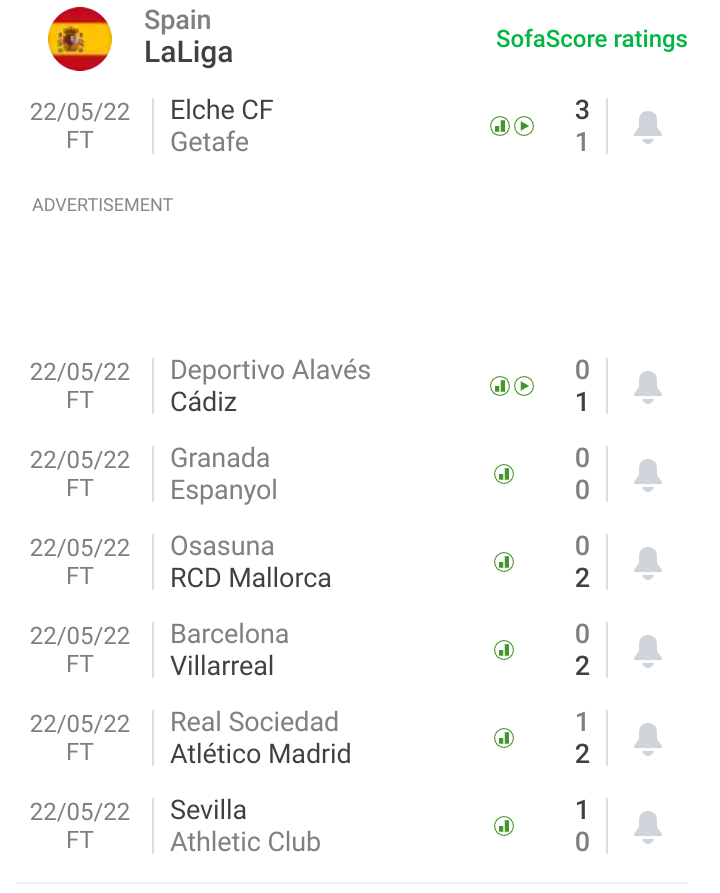 Finally, the main football leagues are over, with the only main titles. They include UEFA and FA. After the distinct recordings from different leagues, which club could secure the above mentioned men title's?

Humbly make your opinions in the section of comments below, share and follow me for more football news. Thanks.

Opinion: Why Raila Will Be Sworn In As Kenya's Fifth President

"More Than Half of Rift Valley Will Vote for Raila," Martha Karua Says [VIDEO]