By Maksports (self media writer) | 1 month ago 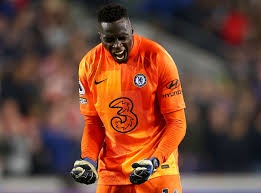 Edouard Mendy was signed by Chelsea as a last option after they had failed to secure the signing of Ajax's Onana. It has never been easy to come in as an option and make yourself a name among the players and fans and Mendy has just done that.

The 29 year old Senegalese Custodian who was signed from Reims has become a fan favourite with his stellar performances game in game out, taking on the number one role from Kepa Arrizabalanga as a result. 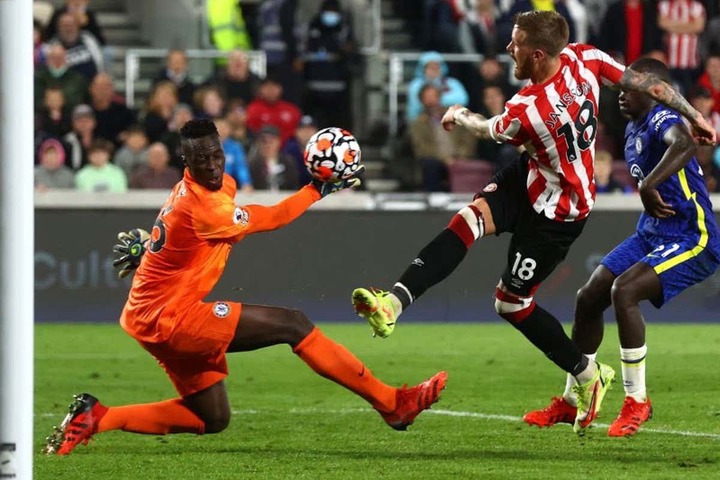 Mendy in action against Brentford

“I am happy with how I performed,”. “It’s down to hard work. I prepared during the week with my teammates and coaches to help the team, and I was able to do that.We knew we were coming up against a very difficult team. They have shown that since they got promoted to the Premier League, especially at home against Arsenal and Liverpool. That makes it a really good result.

“It was very hard. There was so much intensity in the game, and a great atmosphere. We had to suffer and we suffered together. We passed the hurdle together. It’s a positive and now we need to build on this momentum in the Champions League.”

He was hailed by teammates Ben chillwell who played down his goal and said Mendy was responsible for their win. Antonio Rudiger in his tweet was surprised at how Mendy didn't make the Ballon d'or shortlist. 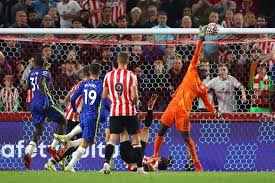 Mendy makes an important last minute save against the bees

His manager and fans also hailed the Senegalese and they will be hoping that he maintains his great run of form.

Content created and supplied by: Maksports (via Opera News )