By AKWESERA (self media writer) | 2 months ago

Here are seven footballers who played other sports professionally. 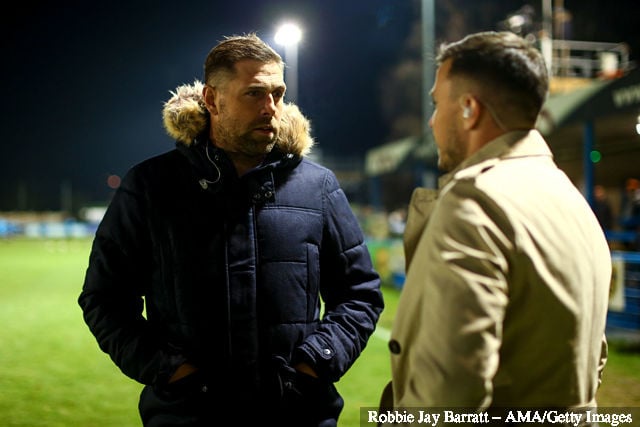 I suspect many of you are aware of Tim Wiese, the former Bundesliga goalkeeper who won six caps for Germany before giving up football in 2014 and entering WWE in 2016. Wiese gained a lot of muscle mass and didn’t look out of place in the pre-determined and theatrical world or professional wrestling. The same cannot be said of Grant Holt, seen here in a promotional poster for the World Association of Wrestling’s Fightmare Supershow 2019, which I promise you is 100% real.

Holt was a centre-forward who had a very decent career, rising from the fourth tier of English football right up to the pinnacle of the game and life in the Premier League. His goals fired Norwich City to promotion from League One and the Championship, in addition to keeping them in the Premier League. In the 2011-12 season, the combative frontman netted 15 Premier League goals, with Wayne Rooney being the only Englishman to outscore him.

Calls for a place in Roy Hodgson’s Euro 2012 squad followed, but a call from Hodgson to Holt never arrived. He scored 8 goals the following season before dropping back into the Championship with Wigan, and he subsequently became a journeyman who could never quite rediscover the fine form he displayed in Norfolk. In his professional wrestling debut, Holt won a 40-man royal rumble to the shock of absolutely no-one. 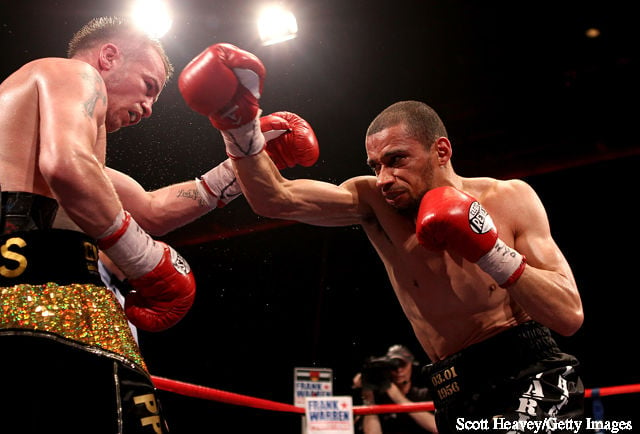 Beverley-born Curtis Woodhouse is another recent multi-sport athlete, who began his sporting life as a footballer at York City. The highlight of the midfielders career came during his early years with Sheffield United, with whom he made four appearances for England’s under-21s, and he later played three games in the Premier League with Birmingham City. An energetic box-to-box midfielder, Woodhouse later became a bit of a journeyman, bouncing around from Peterborough onto Hull, Grimsby, Mansfield, and Harrogate.

Woodhouse had a chequered record outside of the pitch, and admitted in 2006 to having fallen out of love with football and to having been involved in more than 100 street fights. He made his professional boxing debut in 2006, and won on points, but spent the next couple of years flip-flopping between the two sports.

His first major success came in 2012 when Woodhouse defeated Dave Ryan in Rotherham to win the vacant English light-welterweight title, which he soon lost, before winning it back and retiring in 2014. He didn’t really retire though, fighting once more in late 2014, before a three-year break from boxing followed by a couple of fights in Doncaster in 2017. Since hanging up his gloves, Woodhouse has returned to football as a manager, working his way up to the seventh tier with Gainsborough Trinity. 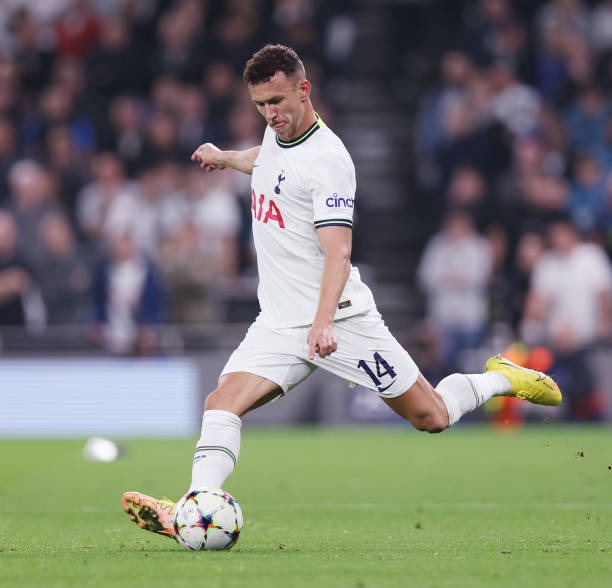 The only active footballer in this seven, 31-year-old Ivan Perisic is at the peak of his powers in his primary sport right now, currently Tottenham Hotspur player. A tall and direct wide man who scores and creates plenty of goals, Perisic previously won a Bundesliga title with Borussia Dortmund, and he has been capped 88 times by Croatia. A key cog in Croatia’s second golden generation, Perisic became the first Croatian to score in a World Cup final in 2018.

In addition to having represented Croatia at four major football tournaments, Perisic has also represented the country in professional beach volleyball. The Bayern winger took part in the 2017 FIVB Beach Volleyball World Tour alongside partner Niksa Dellorco, but the pair were beaten in their opening round tie against Alvaro Morais Filho and Saymon Barbosa from Brazil. Somewhat ironically, a year after making his professional volleyball debut, Perisic conceded a penalty for handball against France in the World Cup final as Croatia lost 4-2. Maybe he should have waited until he’d retired from football just so he never mixed up the two. 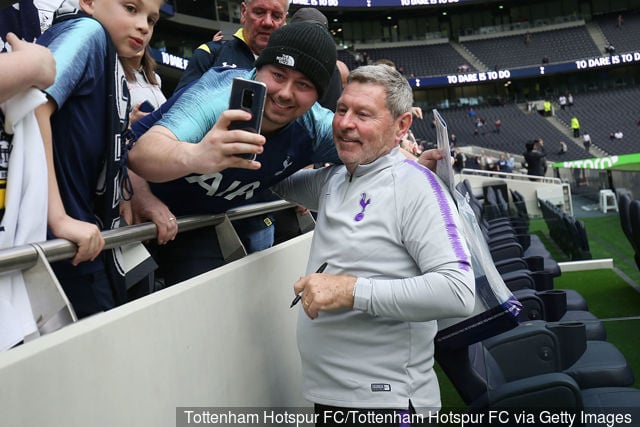 Former England international Clive Allen was a bit of a journeyman centre-forward who played for seven different London clubs, in addition to the likes of Manchester City and Bordeaux, and was often very prolific. Allen is probably best remembered for his time at Tottenham Hotspur, and particularly the 1986-87 season in which he scored 49 goals, bettering Jimmy Greaves’ best ever campaign in North London, in a record yet to be beaten even by Harry Kane.

Allen ended his career in 1995 following a brief stint with Carlisle, and in 1997, he had found a new sport. The then-36-year-old joined the American Football team London Monarchs of NFL Europe as a placekicker, who finished sixth out of six teams in the NFL Europe that season. Allen later returned to association football as a coach, and he served as Tottenham’s caretaker manager in both 2007 and 2008. 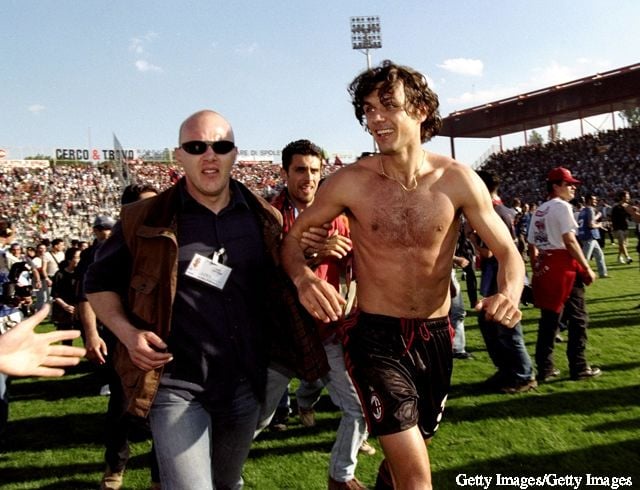 The calibre of footballer with the first three inclusions in this seven is quite outstanding, with no drop off in quality in fifth place with the arrival of Paolo Maldini. Among the most accomplished and decorated defenders to have ever graced a football pitch, Maldini spent 25 trophy-laden seasons with his boyhood club AC Milan. During that time, he played as both a left-back and as a centre-back with equal aptitude, and still didn’t look out of place in the latter stages of the Champions League even into his 40s.

When Maldini finally hung up his boots in 2009, he was just a month shy of turning 42. The Italian great began playing tennis competitively in 2017, and along with his trainer Stefano Landonio, the duo qualified for the Aspria Tennis Cup in June 2017. The Aspria Tennis Cup is part of the ATP Challenger Tour, and for those of you who aren’t tennis fans, the ATP tour is the top tier of professional tennis, meanwhile the Challenger Tour is equivalent to the second tier. It would be Maldini’s first and last taste of professional tennis, as he and Landonio were beaten 6-1, 6-1, in just 42 minutes, with Maldini telling the press he suffered a muscle injury during the first match and that he didn’t think he would make a return to professional tennis in the future. The 51-year-old did say he would be keen on facing Roger Federer though, so maybe that’s a fixture to look out for. 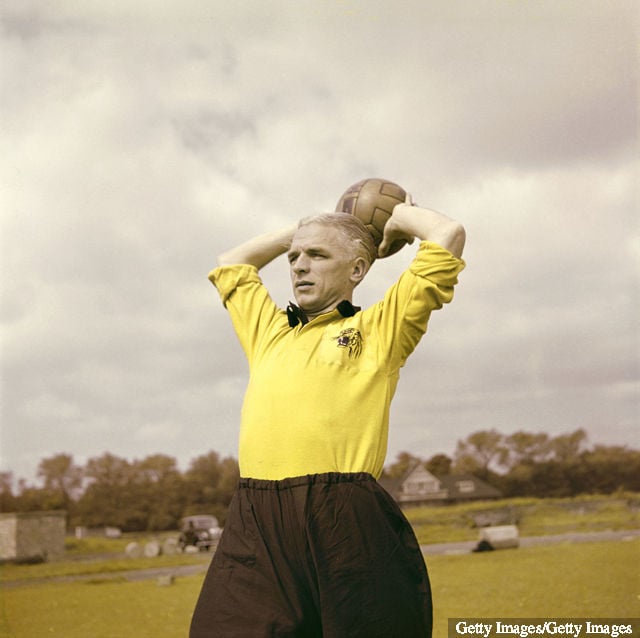 From the late 1800s up until the 1950s, there were many outstanding English cricketers and footballers who played both sports professionally. C.B. Fry, who is among the greatest multi-sport athletes of all time, was one of the 13 Englishmen to become a double international for England in both football and cricket, in addition to setting a world record in the long jump.

Of the plethora of cricketers and footballers I could have picked, my choice is Raich Carter, who was my Grandad’s favourite player, narrowly seeing off George Best and Pele to take that title. Nicknamed the silver fox due to his distinctive silver hair, Raich was cut from a different cloth to most English footballers of the 1930s. He had a magnificent positional sense and was perhaps the first English player to adopt an early European pass-and-move-based style of play as the rest of the continent began to outgrow the British style of play.

Carter was the outstanding inside-forward in the English game before, during, and after the Second World War, and he’s the only footballer to have won the FA Cup either side of the conflict. In addition to his footballing prowess, Carter was a very decent cricketer, although not one of the international class. Carter was a regular for Durham, Derbyshire, and Yorkshire’s second strings during his time with Sunderland, Derby, and Hull, in addition to making three first class appearances for Derbyshire in 1946. 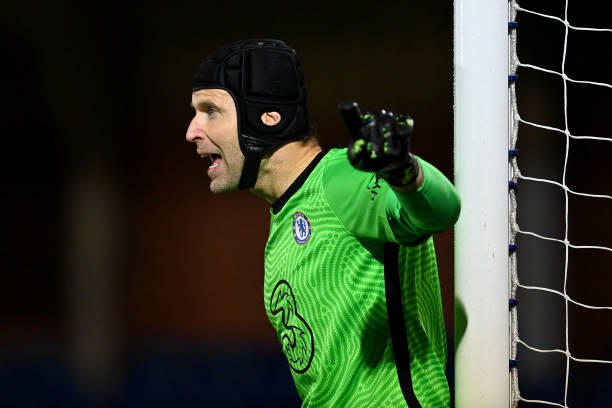 There are plenty of goalkeepers in football who have tried their hands at playing the same role in ice hockey, including four very high-profile ones, and arguably the greatest goalkeeper of all time in the form of Lev Yashin. Yashin was a real sporting polymath, representing Soviet Union in three different sports, namely football, bandy, and ice hockey.

The man who takes seventh place in this seven though, primarily because we have more photos of him playing ice hockey, is Petr Cech. Cech was among the finest goalkeepers of his generation, spending his best years with Chelsea, where he won a myriad of trophies and set the record for the most clean sheets in England’s top flight during the Premier League era. During a 20-year career which took him from Viktoria Plzen to Arsenal, Cech won 18 trophies, including four Premier League titles and the Champions League.

The 37-year-old hung up his gloves at the end of last season, returning to Chelsea as a technical and performance advisor, in addition to stepping into the ice hockey arena with Guildford Phoenix. Cech was an ice hockey fan as a child, and he chose the number 39 jersey when he joined the second tier outfit in honour of retired Czech goaltender Dominik Hasek. The nine-time Czech Footballer of the Year won the man of the match award on his debut, and won the division’s Player of the Month award for January 2020.

Content created and supplied by: AKWESERA (via Opera News )