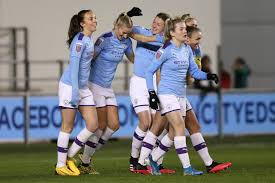 We have reached the semi-final stage of the 2020/21 UEFA Champions League and on Wednesday the 20th of April we have a meeting between Paris Saint-Germain and Manchester City.

This is the first leg of the tie and it will be played at the Parc des Princes, Paris.

The hosts come into the game having defeated Metz 3-1 away from home in Ligue 1 on the weekend. It was a third successive victory for PSG, following wins over Saint-Etienne at home in Ligue 1 and Angers in the Coupe de France quarter-final.

The latest loss for Paris St. Germain came at home in the Champions League against Bayern Munich in the quarter-final and the French club lost 1-0. However, PSG had done the hard work in Munich, having won the away leg of the tie 3-2 to progress on away goals.

Trends show PSG are undefeated in 6 of their last 7 matches in the Champions League.

Interestingly, their away record looks better than their home record in the competition and PSG have picked up only two victories from their last 5 home Champions League fixtures. There have been defeats at the hands of Manchester United and Bayern Munich plus a draw with Barcelona.

PSG have seen both teams score in 4 of their last 5 home Champions League fixtures.

Manchester City travel to France having lifted their first trophy of the season on the weekend. Pep Guardiola’s team defeated Tottenham Hotspur 1-0 in the League Cup final at Wembley Stadium on Sunday afternoon.

Manchester City were much the better team but needed a late headed goal from a corner to claim victory.

That result means Manchester City have won 9 of their last 11 games in all competitions. They have been difficult to beat in the Champions League and Manchester City are on a run of 10 matches without defeat, all of which have come this season.

Manchester City are particularly good away from home and they have won 7 and drawn 2 of their 9 most recent away Champions League games.

Scoring goals away from home in the Champions League has not been a problem for Manchester City and they have found the back of the net in 8 of their last 9 on the road.

Team news and Juan Bernat is the only player definitely unavailable for Mauricio Pochettino. Marquinhos, Abdou Diallo, and Rafinha are doubts but the former is expected to play. Kylian Mbappe suffered a knock on the weekend but will be fit to start.

Manchester City travel without any injury or suspension concerns. Ederson and Gabriel Jesus did not feature on Sunday and should come into the team, while Kevin De Bruyne started and should also be fit to take his place in the starting XI.

This should be an excellent game to watch and we expect to see both teams find the back of the net. PSG have not always had things their own way when playing at home in this competition recently whereas Manchester City have been performing well on the road.

Therefore, this match could end level, with 1-1 a potential final score.