By EASPORTS (self media writer) | 7 months ago

Arsenal fans have something to smile about after the club's statement concerning the ongoing transfer. The club has been in talks with so many players but finally the conclusion has been reached with Anderlecht.Arsenal have made a €14m plus €3m in bonuses offer for Anderlecht midfielder Albert Sambi Lokonga which has been accepted according to the renown Sports media [ Sky Sports]. The player already agreed personal terms a week ago.

Arsenal want to bolster the squad ahead of next season Champaign. The club's last season poor performance has made the clubs owner to ponder in with £250m for transfers. Sambi is going to replace Grannit Xhaka who is on the transfer radar of As Roma. 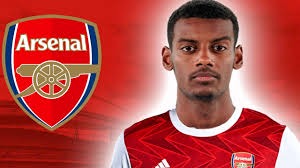 Fabrizio Romano an Italian football analyst has indicated that the deal by Friday will be announced and Medical will take place on the same day. The total deal is worthy 17.5m after the first one of £14m was rejected. The 21 year-old is one of the talented upcoming midfieders.

On the side the club is in advanced stages of negotiations with Eintracht Frankfurt over signing of Andre Silva. The Portuguese had a good form last season being the second top scorer in Bundesliga. Eintracht Frankfurt are demanding for around £45m but Arsenal are £9m less according to the Bild. 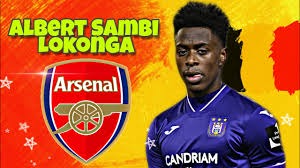