By NewtonAgwenge (self meida writer) | 19 days

Sergio Aguero's hope of constantly being in the starting lineup for La Liga giants Barcelona may have hit a brick wall with him reportedly set to play a supplementary role at the Nou Camp following his free transfer from Premier League Champions Manchester City. 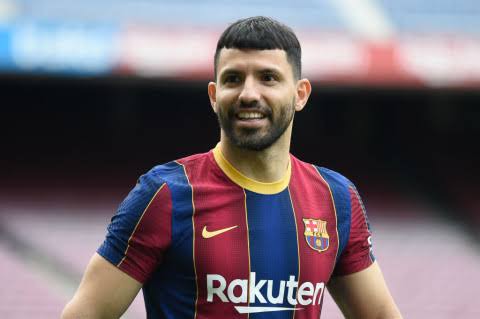 According to reports from the Daily Mail, the Ronald Koeman's men have informed the Argentine international that he would only play a backup role at the club, with Lionel Messi, Memphis Depay and Antoine Griezmann likely to be deployed in the starting squad ahead of him despite his magical goalscoring record. 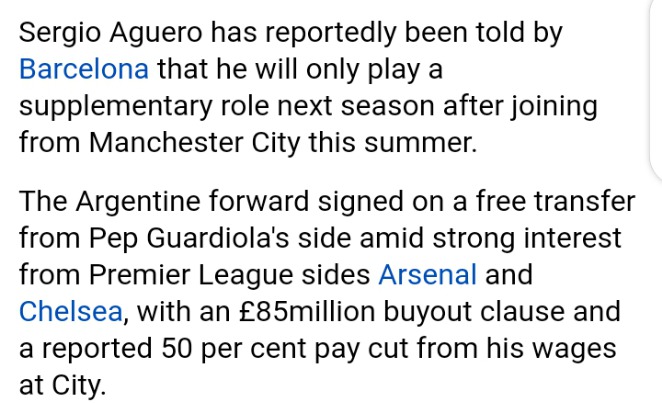 Sergio Aguero had a fantastic ten-year spell with Pep Guardiola's Manchester City where he went on to score 184 Premier League goals in 275 appearances and hence, making him to be regarded as one of the best ever strikers in the league. 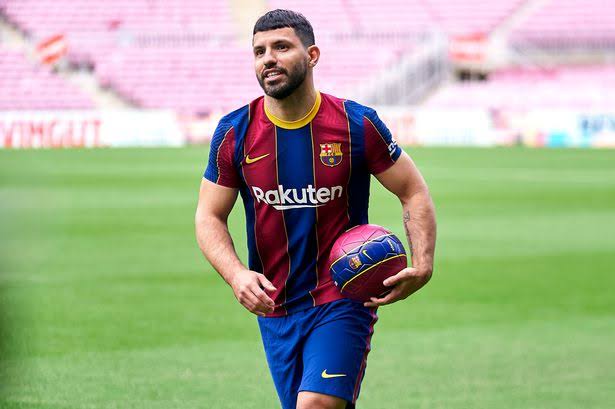 Hence, he had attracted interest from several clubs across Europe before his transfer move to the Blaugrana including Arsenal, Manchester United and Chelsea with him snubbing the clubs hoping to play alongside his Argentine compatriot Lionel Messi.

Thief Steals Phones in a Mosque at Night, Suddenly Falls Asleep Caught in the Morning

Why your girlfriend's parents should be made happy

Reactions as Kalonzo Visits Akamba Handcraft Members, Says This Over Effects of Their Work by Corona