By @Statistician (self media writer) | 9 months ago

With less than two months away from the January transfer window, which means a number of Europe's top teams are starting to second-guess the manager they've chosen. Clubs are turning to new coaches to help them turn their seasons around before they can cope with player transfers.

Barcelona may be the most well-known club to fire their manager this season, but they are far from alone.Tottenham recently parted ways with Nuno Espirito Santo and replaced him with Antonio Conte, a former Chelsea manager.

Below is a list of all the managers that have resigned this season in Europe's top five leagues.

Watford manager Xisco Munoz, who led the team to promotion from the Championship in 2020-21, was the first manager to be fired in the 2021-22 Premier League season.

Claudio Ranieri has taken over from the dismissed Claudio Marchetti. Xisco Munoz is the head coach of Watford.With the club in 15th place, he was fired after only seven games of the new season. Claudio Ranieri, who memorably led Leicester to the Premier League title in 2015-16, has taken over as Xisco's replacement.

No one was surprised when the Premier League's second manager was fired. Newcastle terminated Bruce on October 20 after their Saudi-led acquisition. 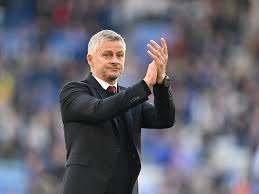 With allegations circulating of a squad mutiny at Old Trafford, Ole Gunnar Solskjaer might be facing the sack at Manchester United. However, conflicting sources suggest that Manchester United may be compelled to continue with Solskjaer until the summer due to a lack of a 'Plan B.' Dean Smith's replacement is being sought by Aston Villa.

Manchester United injury round up ahead of Brentford clash