Manchester United lack of seriousness in the transfer market has been scrutinized by sports pundit. The club's management seem to be blamed for the own going crisis according to former Arsenal star Ian Wright. The club however is still holding talks with a number of stars though the reports said that the available players in the market don't suit Ten Hag's plan.

Manchester United are closing on Juventus star Adrian Rabiot according to reports. The club has agreed personal terms with the France star. Rabiot could be addition to the midfield options available. 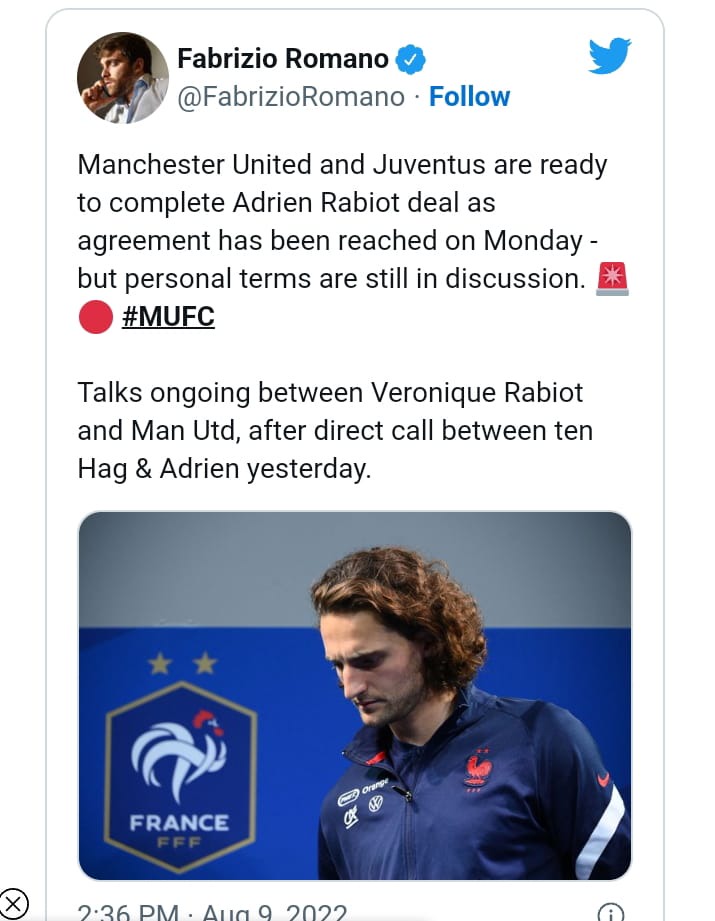 In a twitter posted by famous and re-known football analyst Fabrizio Romano, the red devils are in advanced stages and are hoping to finalize the deal before the end of this week. Rabiot who was loaned to Bayern Munich has had a mixed season but can help to stabilize the midfield of the club.

Manchester United are also keen to bring in their long term target Milinkovic Savic. The 27 year-old could be a good replacement for De Jong who has made it clear that he doesn't want to leave Barcelona at any cost.

Content created and supplied by: @liz (via Opera News )